Listed telco innovator, Vonex, has entered into a preliminary agreement with the Canadian company, Silverstream SEZC, to sell its legacy entitlement to future iron ore production royalties from the Koolyanobbing Iron Ore Project. Subject to a definitive sale and purchasing agreement being executed and certain milestones being met, Vonex will receive total consideration of AUD$2.5 million in three instalments. 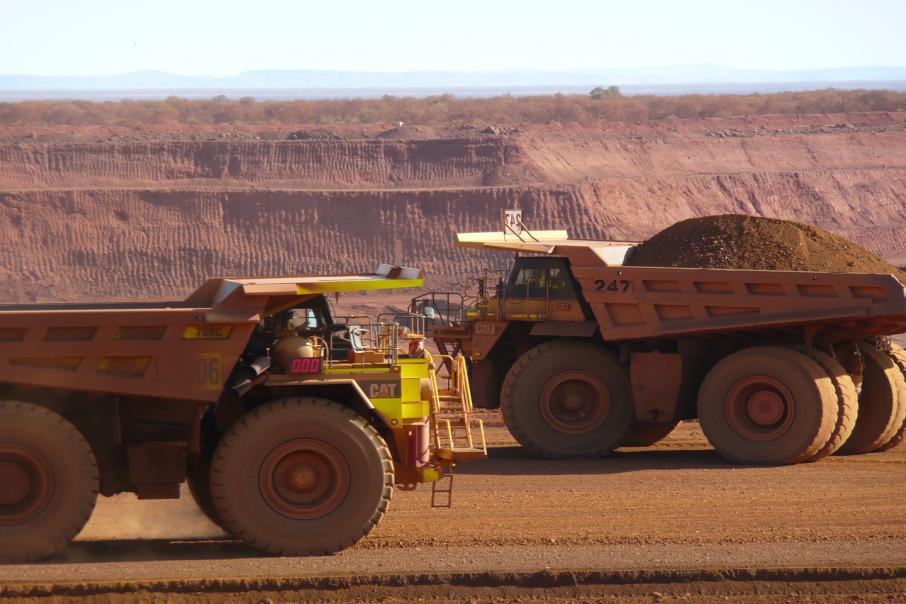 Back in April 2010, Golden State Resources sold its Johnson Range iron ore project to private US company, Cliffs Natural Resources, for a 2% gross royalty on iron ore sales with $3m a prepayment on future royalty payments from one particular mining lease.

The lease that was the subject of the royalty was folded into Cliffs’ existing Koolyanobbing iron ore project near Southern Cross in WA, which was subsequently sold to Australian diversified miner, Mineral Resources in mid-2018 who has been operating the mine.

Vonex received the first notification of royalties from the Koolyanobbing Iron Ore Project for the March 2019 quarter of $282k however this amount was offset against Golden State’s original $3m royalty pre-payment.  At that time the project’s expected mine life was only 5 years, albeit Mineral Resources has been trying to drag that number upwards.

The sale of the royalty entitlement represents a clean break with Vonex’ previous life as an energy and resources company and will allow the ASX-listed telco to narrow its focus on its rapidly expanding cloud-based PBX telephony business.  Active registered users of Vonex’ cloud-based PBX system jumped by 10,000 customers between October 2018 and October 2019 alone.

Subject to a definitive sale and purchasing agreement being executed and certain milestones being met, including Silverstream achieving a listing on the TSX and raising at least USD$3m, Vonex will receive the total consideration of AUD$2.5 million in three instalments.

The first tranche is A$1.75m in cash is payable within 30 days of executing a definitive agreement or within 7 days of Silverstream successfully listing on the TSX.

The second tranche of A$250,000 is payable after 3 million dry metric tonnes of ore are produced and accounted for in royalty invoices from mining tenement M77/1258.

The third and final tranche is a payment of A$500,000 due after 5m dry metric tonnes of ore is produced and accounted for in royalty invoices from the mining tenement.

Silverstream is a Canadian mining-focussed royalty and streaming company and its deal with Vonex represents its first foray into the iron ore space. Vonex said Silverstream already has a basket of more than twenty royalties and streams covering precious and base metals, battery and specialist metals.

Managing Director of Vonex, Matthew Fahey, said: “This will complete the disposal of assets outside our core business and will significantly strengthen the Company's balance sheet. As a pure-play telecommunications company with increasingly strong cash flow dynamics, we are excited by the scope this transaction provides to accelerate our growth in servicing the SME market.”

Elsewhere in the Vonex stable, version one of the company’s Oper8tor App is entering the final stage of testing and the Vonex cloud-based phone system platform continues to strengthen its active user base.

The company is close to finalizing due diligence on its purchase of 2SG Wholesale, an established telco, with the expectation of the acquisition adding $750,000 to Vonex’ EBITDA for the 2021 financial year.

Vonex provides a broad range of mostly could-based telecommunications services to a predominately small to medium enterprise customer base.  It also provides wholesale customers, including ISP’s, with access to its core PBX and call termination services at wholesale rates.

The $2.5m royalty deal with Silverstream will add to Vonex’ pile of cash and will either give it some breathing space as it advances its internal technology development or perhaps even the incentive to make another strategic acquisition.