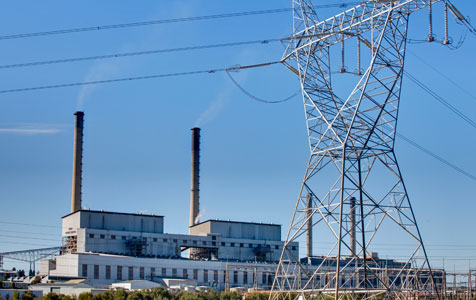 Premier Colin Barnett and newly appointed Energy Minister Mike Nahan unveiled their plans at a press conference this morning, called to announce changes to the structure of government departments.

Mr Barnett has floated the idea of a merger on several occasions over the past five years and has consistently been advised by all major industry groups that it would have a negative effect.

Despite this advice, Mr Nahan said today the new entity, which will be known as Synergy, would be the first step in establishing an energy market that provided cost-effective, reliable power for all Western Australians.

Mr Nahan said energy market rules would be reviewed, as would be the role of the independent market operator.

“The design and function of the current electricity market in the South West grid is not functioning properly and has contributed to higher electricity prices,” Mr Nahan said in a statement.

He said the Liberal-National state government had made incremental improvements to the market in its first term to reduce costs by around $1 billion.

“It is now apparent that major changes to the structure, conduct and performance of the market are required,” he said.

“We cannot maintain the status quo any longer.”

Mr Barnett has long labelled the break-up of Western Power five years ago an abject failure.

In a "major restructure" of government machinery, Mr Barnett has said the two companies would begin to work under a common board with a view to eventually remerging.

He said there would be both monetary savings and more effective corporate systems with the two firms under one leadership group.

The former state power company Western Power was split in 2006 into four components, including generator Verve and retailer Synergy.

But in recent years, increasing power prices have become a major issue within WA households.

“The drivers of a more efficient electricity system, competition at both the generating and retailing ends of the supply chain, will be significantly weakened,” he said.

“CCI agrees with the government that there are significant cost pressures facing electricity consumers, but remerging Verve and Synergy is not the answer.

“It is up to the government to justify how placing the lion’s share of costs and risks on taxpayers, rather than encouraging more private sector investment, will benefit consumers in the long term.

CCI is disappointed the government failed to consult consumers, private sector companies with billions invested in the energy market, or key stakeholders in the Ministerial Roundtable on Energy established just a few months ago.”

Chamber of Minerals & Energy chief executive Reg Howard-Smith said merging Verve and Synergy would be a retrograde step in the market reform process.

“With disaggregation of the former Western Power and the creation of the Wholesale Electricity Market, Western Australia has been on the path towards a more competitive market,” he said.

“A merger of Verve and Synergy will undermine this progress to competition.

“CME is concerned this will erode certainty and the attractiveness of the Western Australian electricity market for private investors.

”This proposal will place the merged entity in a position where it would be dealing with its own competitors through pre-existing long-term contracts between Synergy and private generators.

“It will also decrease the financial transparency and accountability associated with separate generation and retail businesses, and reduce efficiency incentives.”

“We are seeking an urgent meeting with government to get more detail about what is being proposed and we want to be closely involved in discussions on any changes to the market structure which could affect private investment,” Mr Harris said.

He said the best way of providing future power supplies in WA and better outcomes for consumers was through private investment and competition.

Labor Leader Mark McGowan labelled the plan to remerge the utilities as flawed, saying it would lead to higher energy prices.

"Any suggestion that remerging Verve and Synergy would reduce electricity prices for Western Australians is not backed up by evidence," Mr McGowan said in a statement.

Mr McGowan also pointed to a 2012 ERA report that found a remerger would result in higher prices and be to the detriment of consumers.

He said the 2009 Oates report, commissioned by Mr Barnett, also rejected the idea of a re-merger, saying that from 2014 to 2028 $10 billion in capital expenditure would be required.