40under40: Good customer service and a rock-solid work ethic have helped deliver Damion Verhoogt the First Amongst Equals award. 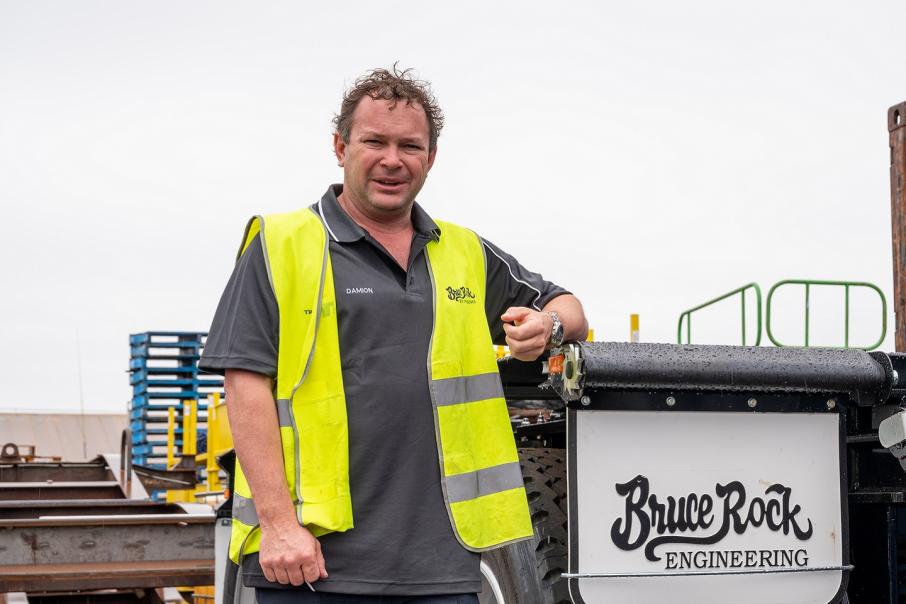 Damion Verhoogt knew from an early age he wanted to be a boilermaker or a welder.

“I can’t remember ever thinking of doing anything else,” Mr Verhoogt told Business News.

The 2021 40under40 First Amongst Equals is a product of the central Wheatbelt town of Bruce Rock, about three hours’ drive east of Perth.

Mr Verhoogt recalls his upbringing in plain and straightforward terms.

Sports were vital to the community, bringing those from the many surrounding farms into town.

Kids would walk to school and parents would leave their cars and homes unlocked.

Between footy games in the winter and cricket matches in the summer, Mr Verhoogt’s time was spent at his parents’ engineering business, aptly titled Bruce Rock Engineering.

“My brothers and I spent every Saturday at work with dad; mum was a nurse at the local hospital, and she’d work night shifts on the weekend while we worked with dad. School holidays were the same,” Mr Verhoogt told Business News.

“We very much grew up immersed in whatever else was going at work.”

Founded in 1980, just one year before Mr Verhoogt was born, Bruce Rock Engineering was designed to focus on the town’s agricultural needs.

Farmers in the area tended to wheat and barley crops, in addition to sheep flocks and pig herds.

Accordingly, the shop’s remit was wide, repairing machinery, sheds and to work on whatever else happened to come through the door on a given day.

Over time, however, Bruce Rock Engineering became increasingly involved in contracting for road train freightage and operating as a Bridgestone franchisee, reflecting the need for businesses in the shire to meet the needs of a declining population.

Mr Verhoogt had no intention of joining the business on a long-term basis. And indeed, his parents weren’t about to hand him the business they had built if he wasn’t prepared to work for it.

“Coming into the family business was never a given,” Mr Verhoogt said.

“I never felt a pressure to continue on with the family thing; it was there if we wanted to be a part of [it], but it was never the expectation.”

Subsequently, Mr Verhoogt’s first foray into business came not via the family, but with Airwell Group, where he worked part time while studying in the early 2000s.

Starting off as a trades assistant, he worked his way up to become workshop manager, a role in which he would serve for more than three years.

He came home in 2003 and by that time had been hired to work as an engineering manager at Bruce Rock Engineering.

The business’s scope was small at the time, with three staff on board.

Its growth since has been substantial, with Mr Verhoogt as managing director overseeing an organisation that employs about 200 people across six different operational facilities, with annual revenue increasing more than 50-fold in that time.

Still, with all those milestones, it’s hard for Mr Verhoogt to nail down a turning point.

“One of the big changes is we developed a side-tipper design [for our trailers], which got us into the mining industry and the ore haulage and mine-to-port industry,” he said.

“We had a foundation customer in Port Hedland that really opened doors for us.

“That was a key moment for us in 2006, going from an agricultural business to doing mining as well.”

Part of the company’s success can be attributed to the opening of the Port Hedland branch in 2014, which allowed for direct interaction with major mine sites in the Pilbara.

Other developments, such as the family’s decision to found Transbeam Industries, may have proved less financially beneficial in the immediate term, but have become instrumental to the company’s standing today.

Transbeam’s focus was a hodgepodge of steel manufacturing tasks, with Mr Verhoogt re-mortgaging his house, his parents investing and his brother, Brenton, leaving his job as a network engineer for Choice One Recruiting to come aboard as operations manager.

Despite initial growth, the decision proved ill-suited to the times, given the GFC, and operations were eventually folded into Bruce Rock Engineering in 2017.

Still, the decision in recent years to open facilities in Welshpool and Forrestfield has expanded the company’s footprint in metropolitan Perth, servicing a customer base that is broader and more diverse than it was at the start of the century.

“I’ve got to pinch myself often and be reminded that we’ve actually achieved all of this stuff and we are actually this big,” Mr Verhoogt said.

The business has only just entered the eastern states markets, with a dealer in Rockhampton looking after the northern Queensland market and a salesman and yard servicing Melbourne.

COVID-19 came at a bad time for the business, and Mr Verhoogt admits he’s not flown east in more than a year due to restrictions, instead relying on remote operations.

In the coming years, he expects certain tasks in the workshops to be automated and for product development to receive more investment and attention.

While being named the 40under40 First Amongst Equals comes with an added level of recognition in the business community, Mr Verhoogt is likely to maintain a degree of humility in his stewardship of Bruce Rock Engineering.

“We’ve never set out to be the biggest or do the most,” he said.

“We’ve set out to make sure we build innovative, high-quality equipment, and look after our customers.

“The growth has been very natural, in the fact that it’s been because our customer base has grown and those customers have grown, too.

“It’s all been very organic; it’s certainly not something that was set out to be done; it’s just been a by-product of … looking after our customers.

“By looking after our customers, it means we’ve got to do more.

“If they push us in a direction, then so be it.”

Damion Verhoogt was named as the 2021 40under40 First Amongst Equals winner. 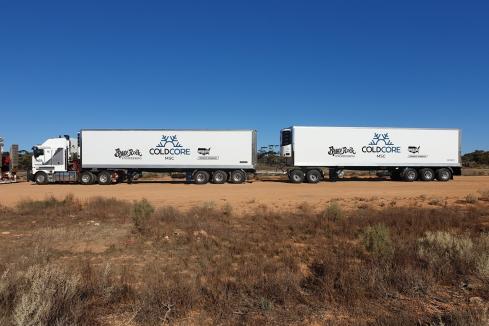