IT consultant Velrada has built its business on providing niche software solutions. 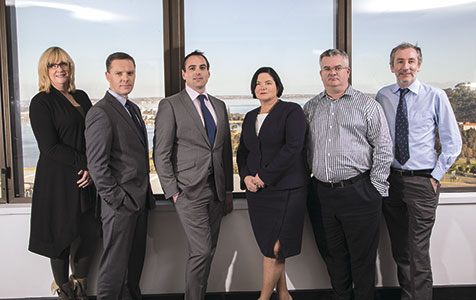 IT consultant Velrada has built its business on providing niche software solutions.

A focus on the development of specialised software solutions has played a significant role in the growth of IT business Velrada, both in Western Australia and interstate, since it was founded in 2009.

Velrada co-founder and managing director Rob Evans said off-the-shelf systems were generally either too expensive or not very good, and the business therefore reinvested much of its earnings back into building its own intellectual property as tailor-made solutions for its clients.

Building the software also provided a point of difference from its competitors and allowed the company to adapt each system to individual client’s needs, he said.

Mr Evans said many of the bigger companies had historic legacy systems that were implemented for different purposes and the challenge was to integrate these into a uniform model.

“Their operations are so broad and wide and they have been doing it for so long that one of the big challenges is finding and organising information so they can do things more consistently and more cost effectively,” Mr Evans told Business News.

Mr Evans co-founded Velrada with his wife, Jennifer, and business partner Andrew Crampton, all of whom are executive directors.

Velrada’s ability to tailor-make software, in addition to building an understanding of its clients’ business and market drivers, has led to a high-level of repeat business including for one major resources client for which it has completed more than 100 projects.

The development of IP is bolstered by Velrada’s leadership team, which has worked with global technology and consulting firms including Cap Gemini, Accenture, Anderson Consulting, Microsoft and Ernst & Young.

As part of its investment in software the company will also partner, and in some instances co-develop products, with the likes of Microsoft, K2, RecordPoint, Datazen and Jive among others.

The company has grown from its three co-founders to employing 115 staff.

About 50 per cent of Velrada’s business comes from outside its Perth base, with offices in Melbourne, Adelaide, Sydney and Singapore.

Mr Evans said interstate and overseas expansion was a goal from the outset, and had been largely customer driven.

Velrada established its first office outside of WA in Adelaide in 2011 after winning enough work with Santos, BHP Billiton and the SA government to warrant having a permanent presence in the state.

The company set up an office in Singapore in the same year, followed by Melbourne in 2012 and Sydney in 2013.

Mr Evans said the next goal would be to establish an office in Brisbane.

“You tend to follow the customers and if we then have to get people locally to do the work we do,” he said.

“It was more about following the work.”