Vacancies up, but less than expected 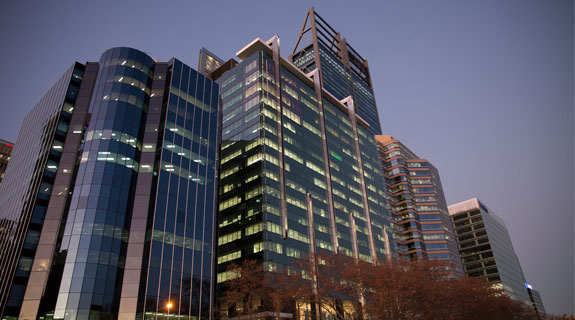 Perth’s commercial property market got a dose of good news/bad news this morning, with the office vacancy rate slightly lower than it was expected to be at 16.6 per cent, however it was the highest rate among Australian capital cities.

Part of the Property Council of Australia’s biannual look at the market, the figures were released at a PCA breakfast forum in Perth today.

Delivering the results on behalf of the PCA, Savills director of office leasing Graham Postma said most people in attendance at this morning’s event would have been pleasantly surprised with the headline vacancy figure.

“The expectation was that that figure would be substantially higher, probably closer to 18 per cent,” he said.

“But it was a good result, which shows positive signs in the marketplace.”

Part of the reason for Perth claiming the unwanted title of most-vacant CBD market in Australia was an indication of development activity – it was the only city where supply increased in the first six months of 2015.

“Other markets are either declining or stabilising, and we’re not far off ourselves,” Mr Postma said.

He said while Perth had experienced two years of negative absorption of office space – more space coming to market than what was taken up – that contraction in demand was now slowing.

“Absorption is improving. In the 12 months to January, the decline was 67,000 square metres of negative absorption,” he said.

But in more bad news for office landlords, the PCA maintained its prediction that more than 20 per cent of CBD office buildings would be vacant by 2018.

Supply additions for the rest of 2015 are significant; buildings under construction and scheduled to be finished by the end of the year include four towers at Kings Square, 999 Hay Street, Mirvac Group's office tower at the Old Treasury buildings and Brookfield Place Tower 2.

Post-2015, the only office buildings guaranteed to be under construction in the CBD are Woodside Petroleum new headquarters at Capital Square, and a 22-storey office tower BGC is building at its 480 Hay Street project.

However, the forecast for the vacancy blowout was also better than predicted, with previous estimates of the office market forecasting a vacancy rate of between 23 and 25 per cent by the end of 2018, coinciding with the completion of the 55,000sqm office tower at Capital Square.

The increasing vacancy has had a marked effect on rents, which are now down 42 per cent from their peaks in June 2012, to less than $400/sqm.

“But this correction has been well-anticipated by the marketplace for quite some time,” he said.

“Throughout the boom, everyone recognised that the rents that were being achieved were not a long-term sustainable rent.

“The critical thing to look at here is none of the buildings was bought or valued on the basis of the rents that were being achieved.

“There was an assessment made by the market, the valuers and the purchasers of what they considered to be a long-term sustainable rent, and that was what they modelled when coming up with their purchase prices.”

“Competition for tenants remains high and incentives remain high, but if we haven’t reached the bottom, I don’t think we’re far off it,” he said.

“It’s important for sentiment to catch up with where the market is really at. The market knows the technical vacancy rate will increase in January next year.

“The expectation is maybe not 25 per cent, but it will certainly start with a two. But in terms of what’s actually happening at the coal face and the real deals happening in the marketplace, this space is factored in.

“All the new developments are in the competing stock.

“It’s all factored into the marketplace and its reflected in the deals that are being done and the level of competition that we’re experiencing, so sentiment needs to recognise that while the figure might get worse, the market is already dealing with that.”

In West Perth, office vacancies were down slightly, at 11.1 per cent, with A-grade vacancies decreasing to 5.5 per cent, from 6.8 per cent at the end of January.

Vacancies in West Perth B-grade and C-grade stock rose, which Mr Postma said was a clear indication of the flight-to-quality under way in the market.

Mr Postma said the other interesting factor to consider was the increase in the amount of sub-lease space coming to market.

“The argument that sub-lease space doesn’t compete with direct lease space in the market place, I don’t think is wholly true at the moment,” Mr Postma said.

“It has to be considered competing stock because it’s directly competing for tenants we’re trying to get into direct vacancies.

“But lease term is a critical issue, most sub-lease space is short term.

“There are some longer-term options out there, but the proactive landlords are working with their tenants that are trying to sub-lease space and using that opportunity to shrink their letting up periods and as necessary they will surrender leases to secure new tenants in their buildings.”