WA’s biggest deal of the year offers a cautious entry into a growth sector. 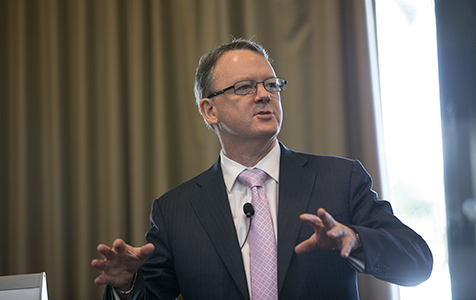 PAY UP: Woodside forked out $US2.75bn for key Apache assets.

While much of the local attention on Woodside Petroleum's $US2.75 billion acquisition of Apache Corporation's unloved assets was focused on the Western Australian element of the deal, there is an interesting twist.

A big part of the deal was a shale gas play in western Canada, which is to supply the Chevron-led Kitimat LNG project, in which Woodside has also bought a 50 per cent stake.

This puts Woodside into unconventional gas in a significant way and, notably, it is the shale rather than coal seam variety. WA has vast untapped reserves of shale gas and while there are major differences in geology between this state and British Columbia, it is interesting to see Woodside buying proven assets to gain experience in the sector.

Obtaining unconventional gas via hydraulic fracturing, or fracking as it is colloquially known, has caused an energy revolution in the US, providing the growth engine that country needed to pull itself out of recession and, at the same time, reduce reliance on oil from the troubled Middle East.

Unconventional gas has also substantially lowered US emissions of CO2, so much so that President Barack Obama felt he could chastise Australia for its position on climate change when he visited here recently for the G20 talks.

That has all been achieved without any major environmental mishaps, let alone disasters, despite the propaganda surrounding the sector.

The misinformation around gas exploration is extreme, leading to a lot of kneejerk reactions, including this month's excitement about Norwest Energy's desire to explore a region that included the Pinnacles tourist drawcard.

Normally, exploration leases don't take into account townships or other areas of significance, leaving the job to regulators to weigh up sensitivities. Instead, the Pinnacles and other parts of the national park were excised from the permit altogether, highlighting the sensitivity among the bureaucracy and government.

In this case, I doubt it matters much. I am sure no self-respecting company would come within cooee of the Pinnacles.

However, changing long-standing and sensible rules that have worked well for a very long time concerns me that we are adding unnecessary regulation to an industry that's really just a variation on other forms of resources extraction in this state.

We ought to be championing this potential industry and, more importantly, highlighting that WA already does resources management very well.

Hopefully having a major company like Woodside gain knowledge in unconventional gas may help calm those who get overexcited about this area. If so, that could hurry along the industry in WA, which has been slow off the mark due to the abundance of more accessible energy sources.

The assets in which Woodside has acquired an interest – the Liard and Horn River basins – have also apparently benefitted from Apache's efforts to improve the environmental impact of its operations.

According to Apache, it has reduced its surface footprint and developed a water treatment plant that has significantly reduced potable water usage. Apache claims its water system at the Horn River Basin has allowed for the full recovery and re-use of fracture stimulation fluids.

This sounds like great technology and experience for Woodside to be exposed to.

In the meantime, the Environmental Protection Authority is also recognising the potential of tight and unconventional gas, especially from shale formations, in WA by redefining its assessment process to recognise the peculiarities of fracking.

" ... there are a number of practices which are more specific to the hydraulic fracturing activity and which have not regularly been assessed by the EPA," the EPA said in its most recent bulletin.

"These include, but are not limited to, horizontal well drilling and construction, the injection of water, chemicals and proppants (such as sand or ceramic beads), and the storage, use and disposal of fracturing fluids and eventual closure of the petroleum operation."

Importantly, the EPA highlights that the geology of the regions thought to have the biggest gas reserves of this type are less well known than it would like. That is a concern, as it has the potential to create difficulties for explorers.

"A key issue for the EPA is the level of understanding about the various sedimentary basins and the aquifer systems which may be impacted by hydraulic fracturing," said the EPA.

"There is generally a good fundamental knowledge about the Perth Basin as a result of many years' investigative work and monitoring by the Department of Water, the Water Corporation, other agencies and proponents.

"This means that the impacts from hydraulic fracturing in this area will be well informed by science, enabling the EPA to have confidence through the EIA process.

"The hydrogeology of the Canning, Carnarvon and Officer basins are less well understood and the EPA will take this into account when considering the need for a proposal to be formally assessed, and in determining the environmental impacts and risks.

"While region-wide studies are beyond the capacity of any individual proponent, proponents will be required to provide the EPA with local-scale details of aquifer characteristics with conceptual models, supported by data obtained through any exploration or proof-of-concept proposals that have been implemented. Recognising the importance of a sound knowledge base, the EPA will encourage cooperative efforts to obtain relevant information."

Perhaps this is an area the state could invest in to accelerate scientific understanding of these regions, given their potential for long-term benefit the state and short-term hindrance of exploration efforts.