Malcolm Turnbull spoke to Business News about his life, passion for innovation, and why Australians should feel confident about standing up to China.

Australia should feel confident in dealing with China and stand up to bullying, former prime minister Malcolm Turnbull told a Business News online event last night to mark the launch of his new book, A Bigger Picture.

During the hour-long interview, Mr Turnbull canvassed his passion for innovation, achievements in tax reform, and some of his personal battles growing up in a broken family and then with depression.

But one theme he said was particularly crucial for Western Australians was to be confident in dealing with the state’s major trading partner, China.

By contrast, the billionaire backer of Seven West Media, Kerry Stokes, called for an easing of tensions this morning and warned of economic consequences.

Fortescue Metals Group chair Andrew Forrest has lobbied for a similar position, including inviting a Chinese diplomat to speak at a press conference with the federal health minister last week.

Mr Turnbull’s view is that Australia has a stronger negotiating hand than many realise.

“The China-Australia relationship has got to be one of mutual respect,” he said.

“We must never back down to bullying.

“There is a tendency, in Western Australia particularly, to be terrified of offending China because you’re worried they won’t buy the iron ore or the gas.

“China does not buy Australian resources because they love Australia or have fond feelings for koalas.

“They buy our resources because they’re high quality and competitively priced.

“We’ve got to have the confidence in ourselves to recognise the trading relationship benefits both sides.”

This week, China’s Ambassador to Australia Cheng Jinye said he was opposed to Australia’s calls for an independent inquiry into the cause of the COVID-19 pandemic.

Mr Cheng said the Chinese public was frustrated by Australia’s support of an inquiry, and warned it could lead to fewer tourism and student movements, and a reduction of Chinese imports of Australian agricultural products.

However, Mr Turnbull said the ambassador made the same argument after a dispute in 2018 and the trade relationship had since grown.

"Everybody has a vested interest in the absolute maximum transparency about this pandemic,” he said.

“An inquiry should be on a no-shame, no-blame basis. Finger pointing is unhelpful.”

During his time as prime minister, Mr Turnbull introduced laws to limit foreign interference in domestic politics, which earned a rebuke from China.

He also banned Chinese businesses Huawei and ZTE from participating in construction of the 5G telecommunications network in Australia.

Mr Turnbull told Business News the Western world had allowed itself to be undercut by Chinese telcos and now could only choose between four 5G vendors.

Two Scandinavian companies, Ericsson and Nokia, are the only alternatives.

“That is crazy, absolutely crazy,” he said.

“The Americans were frankly asleep at the switch.

“There’s an industry policy issue there that I spent a lot of time with [US President] Trump on.

The 5G network posed more problems than previous iterations of wireless infrastructure because critical processes were moved to software on the fringe of the system, he said.

“If you say we’re going to have Huawei for 5G, you’ve got your most fundamental technology running on a software platform written and directed and only genuinely understood by people in China,” Mr Turnbull said.

“That gives them enormous leverage.”

He said while China was adamant now it had no intention of causing harm to Australia, that could change in an instant if the capability was built in.

“Unless you believe China’s intentions to Australia will always be benign, why would you give a company answerable to and effectively controlled by the Chinese Communist Party such enormous capability to affect disruption in Australia?”

Reflecting on his time as prime minister, Mr Turnbull claimed he wasn’t angry about losing the leadership and was satisfied with his time as leader.

Mr Turnbull also rescued the Trans-Pacific Partnership trade deal after the US reneged and other countries were close to following suit.

While same-sex marriage was close to his heart, it was the National Innovation and Science Agenda announced in 2015 that he said was perhaps the biggest surprise success story.

“If we’re not at the forefront we will fall off the back of the pack.

“That was part of my passion, I laid it out as part of my agenda when I challenged Tony Abbott … a series of big reforms that had a much bigger impact than I thought, and I’m really pleased about that.”

He said Australian investors had become much more confident about supporting technology businesses, with billions of dollars now available through the venture capital sector.

Mr Turnbull said he hoped he’d changed the culture of Australian business to be more tech focused, and said local companies could achieve a lot if they had self-belief.

“We have an innovation and venture capital ecosystem that people I know in the business say it is now on a par with Israel; to be honest, when people first started saying this I thought they were exaggerating,” he said.

Mr Turnbull said the interest in innovation predated his time as prime minister.

He said he’d got the most satisfaction in life from creating things, as a businessman and a politician.

In business, he said he had helped found 12 companies, with some successes such as Ozemail and a number of failures.

He speculated that he perhaps loved innovation because he got bored easily.

Mr Turnbull also revealed he had a disruptive streak, highlighting his time representing former MI5 spy Peter Wright in a legal battle with the British government, the Spycatcher trial, as a pre-politics high point.

“It was a massive David versus Goliath win, it was the most famous lawsuit in the day,” he said.

“That was a huge, very satisfying win.

“I've always liked taking on the establishment, even as someone who has been prime minister, nonetheless I've got a disruptive, anti-establishment gene in me.”

Mr Turnbull told Businesss News his childhood had not been easy.

He was raised by a single dad after his mother left when he was aged nine, and he was bullied at boarding school.

“We were just two guys living together really, dad and I; he was like a big brother as much as he was a father,” Mr Turnbull said.

“I was a sick kid, I had asthma, I got very sick with pneumonia at one point, I was pigeon toed, I was probably a pretty miserable physical specimen at that point.”

He said his dad had encouraged him to walk and run on Bondi Beach, which had improved his fitness.

Although many parental splits were acrimonious, Mr Turnbull said his father never criticised his mother.

“He persuaded me, almost brainwashed me, that my mother loved me more than anyone else on earth,” he said.

“So I never as a kid resented her for leaving, at all.”

Being bullied at school showed a character streak that has continued in the decades since.

“I’ve always stood up to bullies, throughout my life,” Mr Turnbull said.

“I’m not a sucker-upper or a deferential sycophantic personality.” 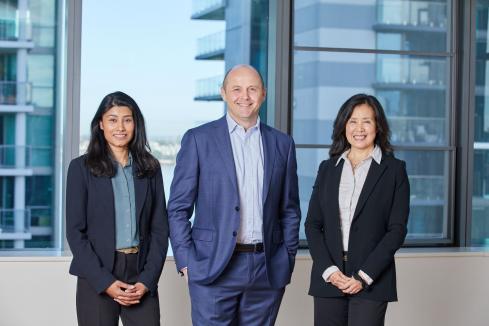 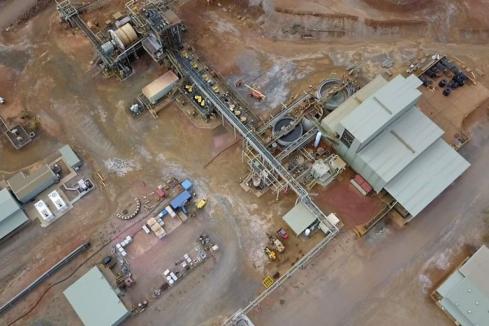