Troy Resources has re-stocked its financial armoury with a placement raising $4 million and an $11 million loan facility supporting the restart of operations at its Karouni gold mine that went onto care and maintenance in October after a fatality on site. Since then, exploration has outlined a new style of mineralisation near the Hicks 1 pit with an impressive 17m hit grading 5 ounces to the tonne gold. 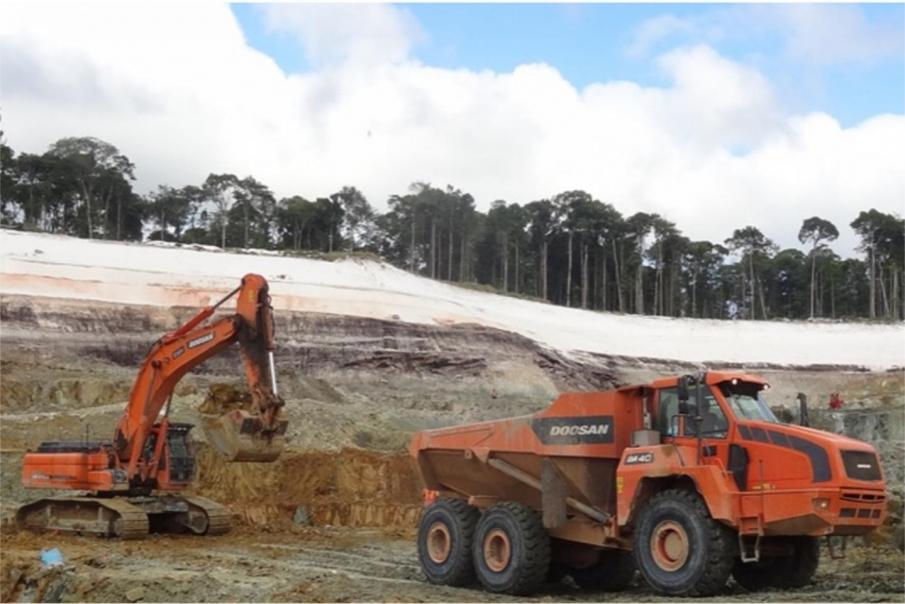 Troy Resources has re-stocked its financial armoury with a placement raising $4 million and an $11 million loan facility supporting the restart of operations at its Karouni gold mine in South America that went onto care and maintenance in October after a fatality on site.

The Malaysian-based institutional investment fund, Asian Management Investment Services has backed the Perth based miner to restart its mining operations with a loan facility.

The loan facility is for an amount of 5,200 gold ounces based on a price of US$1,450 and will be made available in one or more tranches. This facility amounts to approximately AUD$11 million, the company said.

The $4 million placement, facilitated by London based, CED Capital Limited, was made to two of Troy’s largest shareholders - M&G plc and Ruffer LLP, who added 20 million shares each to their holdings.

Troy’s Chief Executive Officer, Ken Nilsson said: “I am delighted that we have finally been able to put together the funding package required for the restart of operations. It is with great relief that we can now get back to the business of producing gold.”

“The Board would like to thank all its employees, shareholders and suppliers for their patience during this difficult time…”

“In both Hicks Extension and Ohio Creek, we now have two new and relatively high-grade sources of ore, the prospectivity of which is yet to be fully determined, but which we believe can sustain the Karouni operation for quite some time to come”.

Troy focused its efforts during the down period on exploration and recently discovered a new style of gold mineralisation along strike from the Hicks 1 pit.

The new Hicks NW prospect has contributed around 19,000 additional reserve ounces and ongoing exploration continues to find broad, shallow zones, some with a smattering of visible gold in the drill samples.

Gold hits from Hicks 1 include a 17m drill intersection going nearly 5 ounces to the tonne gold.

Mineralisation along the Hicks structure has now been identified over a strike of approximately 900m and is still open, according to the company.

The Hicks 1 pit has produced 27,400 ounces of gold to date and Troy is now well-positioned to move quickly on the back of the recent results with mining soon to kick back off again in earnest.

With the recommencement of trading on the ASX on Monday, a swag of good drilling results to follow up on and gold reserves to dig out – things appear to be looking up for Troy after a difficult period.