ASX-listed Troy Resources has returned multiple hits at its Karouni gold project in Guyana, South America, with its Smarts underground prospect throwing up drill numbers like 19m at 9.15 g/t gold from 173m down hole, including 5m going 24.24 g/t gold. Troy has also produced almost 13,000 ounces of gold from its open pit operations since mining re-commenced in January this year. 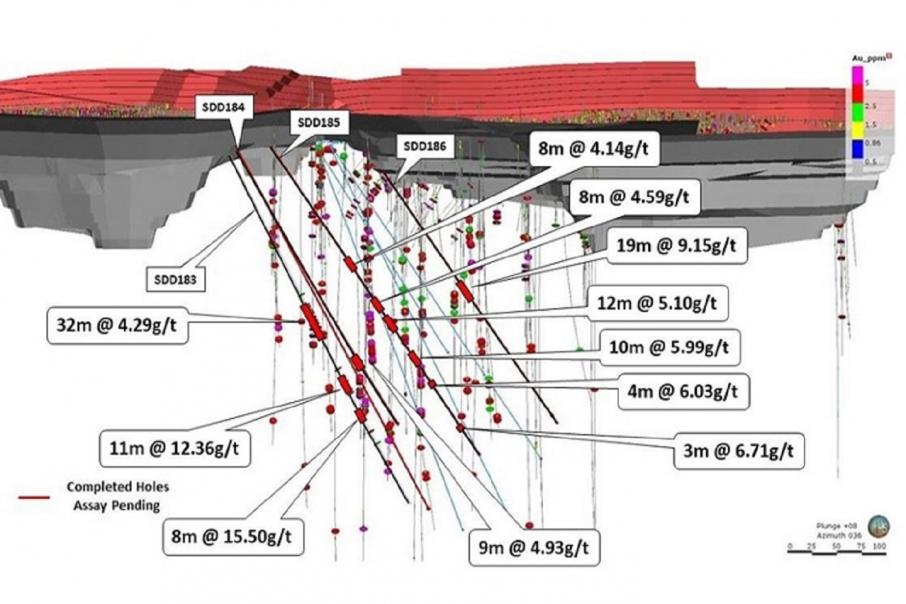 ASX-listed Troy Resources has returned multiple hits at its Karouni gold project in Guyana, South America, with its Smarts underground deposit throwing up drill numbers like 19m at 9.15 g/t gold from 173m down hole, including 5m going 24.24 g/t gold from 179m in diamond hole SDD 186.

Importantly, Troy has been producing gold in parallel with its drill campaign, with its open pit operations at the Karouni gold project producing almost 13,000 ounces of gold since mining re-commenced in January this year.

Much of the precious metal has come from the Hicks-4 pit which recently booked a three-fold reserve upgrade and head grades are expected to improve as it gets down to the higher-grade dirt.  Mining is currently proceeding at the Hicks-4 and Larken pits with trial mining also underway at the higher-grade Ohio Creek prospect ahead of a resource upgrade there.

Troy Resources’ Managing Director, Ken Nilsson said: “To have received assay results from only four holes, each of which has intersections that could be reasonably described as spectacular, provides encouragement for the identification of additional high- grade mineralisation moving forward.”

“With these new intersections, together with the higher gold price now prevailing, it now makes considerable sense to evaluate the potential of Smarts Underground as Troy’s next mining project.”

Troy has also seen some strong RC drill hits at its other prospects too, namely Smarts Northwest, Gem Creek and Goldstar.  One of the best hits at Smarts NW was 3m at almost half an ounce to the tonne from 97m.  Gem Creek hit 13m at 3.21 g/t gold from 84m, including 5m of high-grade gold going 24.24 g/t from 86m down hole.

Troy’s Karouni Gold project on the North Atlantic seaboard of South America, covers 850 km2 of what Troy considers to be one of the last underexplored greenstone terranes in the world.

It is surrounded by world-class gold deposits including Gold-X’s nearby 10Moz Toroparu gold deposit.

The company’s 2020 work program looks to be on track and underground mining at the project is now looking like a real possibility, adding to the production output of the already operating mine.