One of Australia’s top corporate dealmakers, Jarden’s Aidan Allen, has splashed $4.2 million on a house in Perth but we’re told he is not moving west. It’s for holidays. 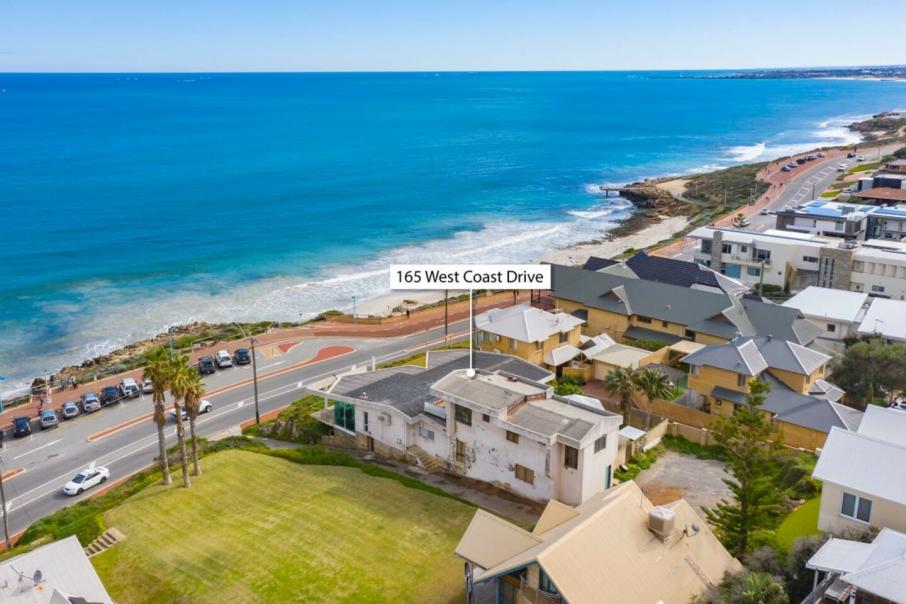 Aidan Allen plans to demolish the house he has bought on West Coast Drive. Photo: realestate.com

One of Australia’s top corporate dealmakers, Jarden’s Aidan Allen, has splashed $4.2 million on a house in Perth but we’re told he is not moving west. It’s for holidays.

Mr Allen and his wife Aleksandra have purchased a house at 165 West Coast Drive, North Beach.

With Jarden set to open a Perth office this year as part of its aggressive Australian expansion, the purchase raised the possibility Mr Allen was planning to relocate.

However Jarden has insisted Mr Allen – who became a ‘foundation member’ of its Australian business in 2020 – will continue in his current role as managing director and head of investment banking in Sydney.

He and his wife, who both have family in Perth, intend to use the North Beach property as their holiday home.

They plan to demolish the existing four-bedroom house and excavate the 920 square metre block before building a new home.

That task has been given to Mr Allen’s sister, Davina Bester, who runs Peppermint Grove architecture practice Milieu Creative.

She told Business News she has been given full artistic licence to create a “Milieu experience” that her brother and the extended family could enjoy.

“The one condition is that it needs a tennis court,” Ms Bester said.

As well as overseeing the new home, she might prove handy in helping her brother open doors in Perth, as her current clients include Chris Ellison’s Mineral Resources – the kind of company Jarden would be targeting.

Milieu is finalising the fit-out of Mineral Resources’ new Osborne Park headquarters, with Ms Bester describing this as “the most ground-breaking and exciting project Milieu has undertaken to date”.

Her firm is also working on the redesign of the lobby at Bankwest’s headquarters at Raine Square.

While Mr Allen may not be based in Perth, his home town connections will no doubt prove handy as Jarden looks to build its WA presence.

Jarden, which is a big player in New Zealand but moved into Australia only two years ago, announced last month it has hired experienced research analysts Ben Lyons and Jon Bishop in Perth.

It expects to open its Perth office in the second half of this year.

The key players at Jarden and Barrenjoey have close connections.

Their colleagues at UBS included Matthew Grounds and Guy Fowler, who left to establish Barrenjoey.

When the four men worked together, they were described as an investment banking ‘dream team’.

At their new businesses, they are looking to shake up Australia’s investment banking market, which has been dominated by the likes of UBS and Macquarie Capital.

The Allen’s North Beach house adds to their oceanfront home in the Sydney suburb of Coogee.

They set a residential property record for the suburb in 2015 when they paid $9 million for a five-bedroom house overlooking Gordons Bay.

Ms Bester said that since then, she has overseen three “reimaginations” of the Coogee house.