Opinion: Tough times continue for retailers the world over, as a combination of factors led by internet offerings ramp-up the pressure. 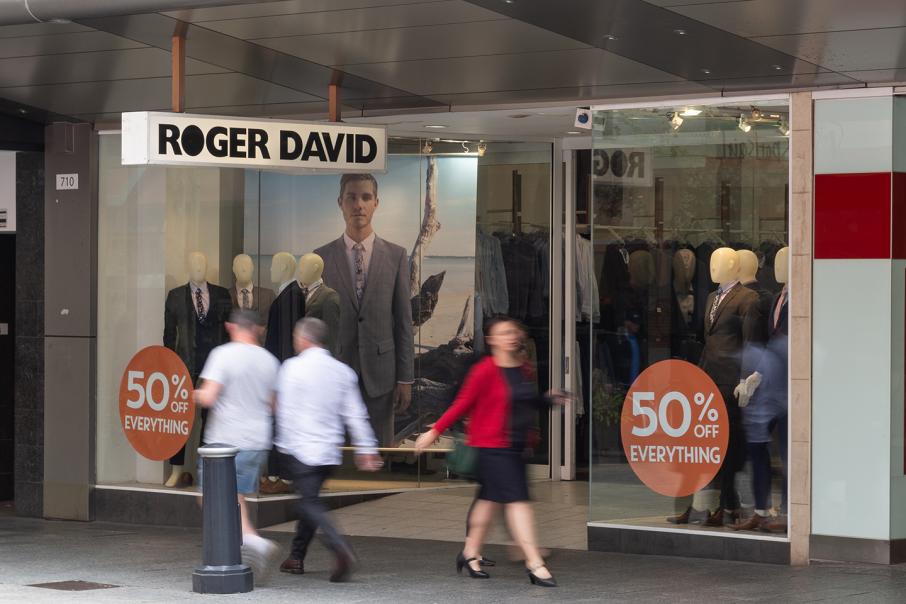 Roger David has gone into administration after three-quarters of a century in business. Photo: Gabriel Oliveira

Opinion: Tough times continue for retailers the world over, as a combination of factors led by internet offerings ramp-up the pressure.

Recent events in the retailing world mark the end of an era, with three big-name retailers in three different countries hitting the skids at the same time.

The latest Australian business to be trampled by the internet-led retailing revolution is Roger David, with the 76-year-old chain of menswear shops having collapsed into administration.

The US victim is the mighty Sears, Roebuck & Company, a 125-year-old business that once dominated department store retailing but is now trading under the protection of the US bankruptcy system known as Chapter 11, which permits time for debt reconstruction or an orderly sale.

In Britain, trouble has found the 240-year-old retailer Debenhams, which is reportedly planning a drastic overhaul that includes suspension of its annual dividend and the closure of at least 10 stores, and perhaps more.

So much has been written about the retailing revolution that the failure of the occasional shop is no longer news. But when three prominent businesses in three countries confront a crisis at the same time, it is obvious that a tipping point has been reached.

Malcolm Gladwell coined the term ‘tipping point’ in a book that tried to explain how certain trends and technologies could develop slowly before a sudden surge of growth following widespread community uptake.

Gladwell’s work detailed success stories that had benefited from tipping-point theory. What’s happening in retailing is the flipside – recognition that a market has moved to the point where traditional retailing can no long continue the struggle to survive, but must face radical surgery.

Shop owners and their staff are the obvious casualties in the accelerating pace of change, but so too are landlords who once had a comfortable existence collecting rent.

Roger David, the local retailer in what is a global event, blamed its troubles on the pincer of international rivals such as Sweden’s H&M and Japan’s Uniqlo, which have stormed into the Australian market, and the challenge of competing with internet-only retailers and rent.

Craig Shepard, a partner with the Roger David administrator KordaMentha, said the firm had explored all options including sale of the business but had been unable to find an alternative to administration, which would involve a period of trade during a ‘50 per cent off everything’ sale to raise money for creditors and 300 staff in the 57 remaining stores.

The same pressures that have weighed on Roger David have buffeted Sears, but on a bigger scale, with 506 stores across the US employing 68,000 staff.

Failure to match the cut-price offerings from big box outlets such as Home Depot and Walmart has killed the department store format of Sears, which has also failed to modernise quickly with an internet offering to match that of online-only firms such as Amazon.

The immediate outlook for Sears is the closure of 142 stores and a search for fresh lines of credit to keep what remains of the business operational. It will also need creditor approval to win time for a reorganisation of face the prospect of liquidation.

Debenhams, the oldest of the retail groups confronting an existential crisis, is Britain’s latest retail victim with its immediate future largely dependent on a big sales boost during pre-Christmas trading.

Reports from London claim that Debenhams’ management is planning to cut annual dividend to shareholders to save $55 million, while a further $125 million will be saved by cutting capital expenditure (though investing less in any business has negative future consequences).

Because retail has been in trouble for several years, the latest round of shop closures, staff layoffs and attempts to restructure is treated almost as background noise.

But when three groups hit the wall at the same time in three different countries (at what should be peak trading time in the weeks before Christmas), it is possible to see the situation as a retail tipping point that has been slow to arrive but which could now accelerate rapidly.

Going off the US

A subtle shift in outbound tourism destinations has caught the eye of travel watchers, with the US the only major destination attracting fewer Australians.

There could be a number of reasons for the 2 per cent fall in Aussies heading to US, though the most obvious is the more aggressive treatment of all foreigners in a country increasingly turning in on itself. A 4 per cent fall in US residents heading for Australia was an even more significant shift.