Time to get emotional about school leaders

OPINION: When teachers, students and parents reflect on their most admired school leader, what do you think springs to mind? 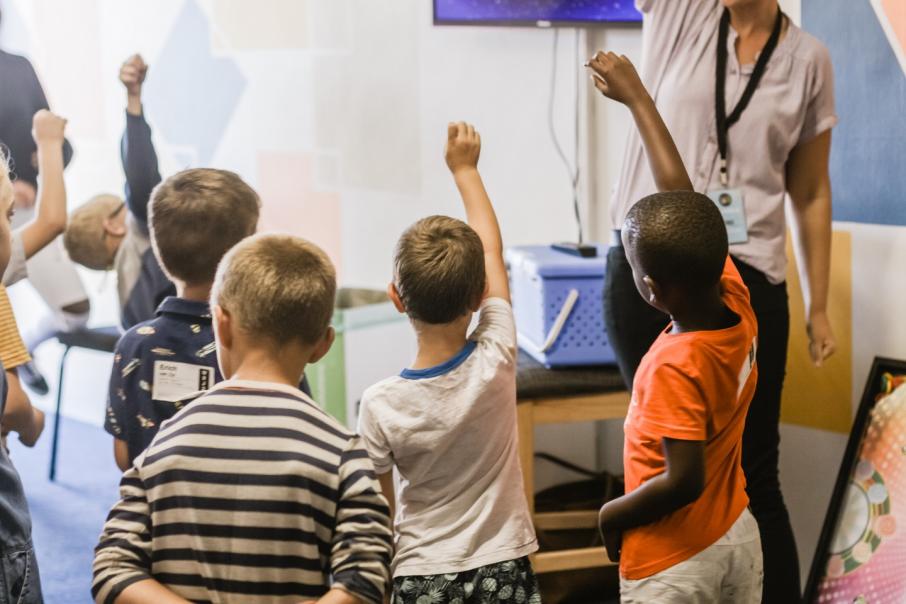 Effective school leadership is tied to enhancing learning for all students.

When teachers, students and parents reflect on their most admired school leader, what do you think springs to mind?

As sure as death and taxes, they will describe school leaders who have an inbuilt capacity for building strong working relationships with diverse members of their school communities.

And they will most likely point to the fact those leaders are great listeners, which enables them to pick up on the emotional state and wellbeing of others and frame their responses accordingly.

Perhaps they will also throw into the mix these leaders’ ability to demonstrate resilience, to bounce back quickly from adversity, using setbacks as authentic learning experiences

And you would expect to hear that the most admired leaders are those who keep their egos in check while allowing others around them to shine.

And while it is widely accepted as essential to effective business leadership, the concept remains relatively new in the domain of school leadership.

Emotional intelligence is often misrepresented as a measure of someone’s agreeableness, happiness, calmness, or even optimism.

When emotional intelligence became a part of leadership discussions, it shed light on an issue that had long been puzzling researchers.

The assumption had always been that raw intellectual horsepower, or IQ, was the single most important ingredient of the successful leader.

So why then were some leaders with incredibly high levels of intellectual grunt being outshone by others with average IQs?

The answer to emerge was that IQ alone is not enough to lead well – effective leadership also requires more than a modicum of EQ.

This certainly holds true in the realm of primary and secondary schools, in both the public and private sectors, where success follows school leaders who are parked at the upper end of the emotional intelligence continuum.

Effective school leadership – or leadership tied to enhancing learning for all students – is inextricably linked to an individual’s capacity to establish and maintain productive and harmonious relationships with those in school communities.

EQ is at the heart of brokering those relationships.

Emotionally intelligent school leaders are in touch with their own feelings and with the possible impact of their feelings and actions on others. By being in touch with those feelings, they can identify the very triggers that hijack their emotional reactions and prevent them from excelling in building relationships.

School leaders with more than a dash of EQ will use phrases such as ‘I appreciate you’, ‘what are your thoughts’ or ‘tell me more’. These phrases are all signs of the emotionally smart school leader striving to get in touch with the feelings and emotions of others.

Those school leaders with healthy EQs show and communicate empathy in working with others during emotionally charged contexts. They will hit the pause button to avoid being reactive and impulsive and instead emerge thoughtful and considered when interacting with others.

And they will use their emotional intelligence to positively influence the moods and emotions of others in the school community.

On the flipside of the EQ coin, the emotionally tone deaf school leader often refuses to listen to others’ point of view, tends to be somewhat surprised when their comments are taken the wrong way by others, and often feel completely and unfairly misunderstood.

The good news is that while IQ might be largely determined by genetics, EQ can be learned, developed, and refined – and it starts by school leaders undergoing their own informal assessment of their emotional smarts.

A bit like a well-rounded curriculum can deliver long-term results, a concerted effort to become more emotionally intelligent is worth the effort.