Time to deliver on potential

The state’s political and business leaders need to make sensible decisions to ensure WA embraces the opportunities available to it as the economy recovers. 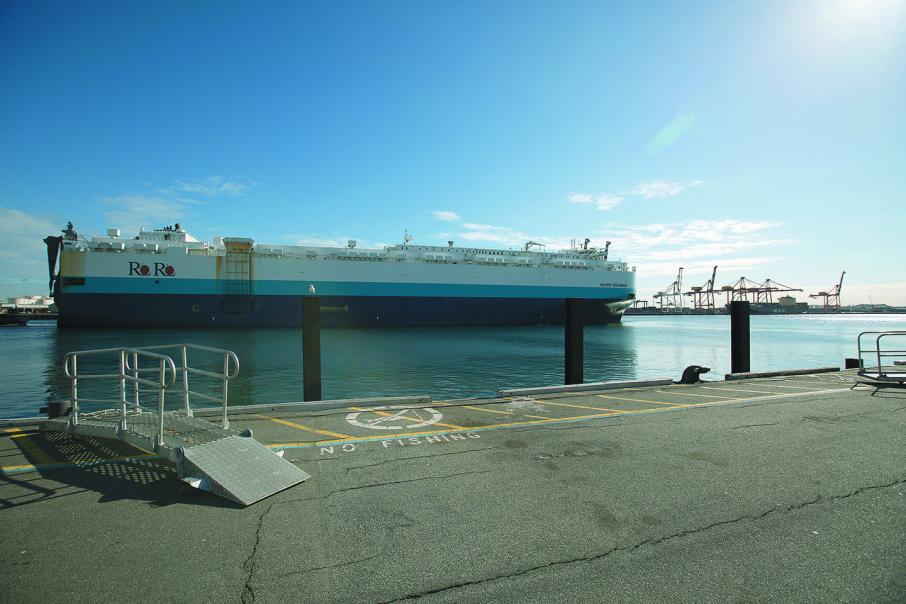 The sale of Fremantle Ports is of strategic importance to WA’s future development. Photo: Attila Csaszar

I would like to take this opportunity to wish all our readers and listeners the very best for the festive season and the year ahead.

And while caution always brackets any conversation about 2018, there is definitely a mood of optimism that nothing could be as bad as fiscal 2016-17 and we have put the worst behind us.

Business is buoyed by the strength in commodity prices, which has prompted the major iron ore miners to commit (or nearly) to expansions required to keep their volumes at the level required to efficiently use the new infrastructure developed over the past decade.

The factory has been built; it now has to keep producing.

The junior end of town is enjoying a return to form, although no-one is predicting a surge like the 2004-2007 period or that after the GFC.

In fact, I would go further and say no-one wants it. Already we hear concerns about looming skills shortages; this ought to be a government priority, not one that involves mandatory apprenticeships and other costs being imposed on all businesses, but a sensible policy that doesn’t react in a way that suggests the horse has bolted.

One way is to keep a lid on house prices while Perth enjoys being the most affordable capital city in which to buy a residence. This is a positive for Perth, not a negative.

Profiting from housing growth may be a national pastime, but relying on property sales and home construction for state growth is blinkered. Strong house prices are a natural result of a well-run economy, but they should not be the goal.

Artificial assistance to enter the market should be shelved forever. It is better for government to focus on sustainable jobs outside the construction sector, rather than paying (via home owner grants) young people to commit too early to financial burdens they can’t afford.

Planning rules need to change, or at least reflect the views of people championing options to keep Perth as liveable as ever. Right now, the contradictions in policy are stifling those who are prepared to develop accommodation. That is ridiculous.

Western Australia is just coming out of a downturn and will need new residential options as the state returns to growth and skilled workers find themselves attracted to what’s on offer.

Yet here we see high-rise apartments again the victim of some silly notion that buildings not be allowed to ‘blemish’ our bountiful blue sky. Those opposed to sprawl seem equally keen to suppress infill, density and height. Which is it to be?

It is time that our state laid out a 50-year development path ahead, recognising that some parts of the city have to change, that people want to live here, and you can significantly increase the size of Perth without ruining it.

If people want a beach view from 40 storeys, give it to them. Does this honestly make Scarborough a lesser place?

Good development ought to be encouraged, especially when what is proposed is simply what will happen anyway, some time in the not-too-distant future.

The state government has gone on and on about the state of the finances it inherited. If one backflip is appropriate it is the sale of Western Power, an enterprise that may or may not be worth anything in years to come as households increasingly reduce their reliance on centralised power generation delivered via the grid.

I might be wrong in that prediction, but I see no reason for we, the taxpayers, to bear the burden of keeping the grid maintained when such a risk exists; especially not to preserve a few hundred jobs and the pay of some influential union hacks.

Our regulators have proved that, with the right regime, they can manage the risks of having a monopoly in private hands. More importantly, a private Western Power will have more incentive to work out how best to be sustainable in the face of the coming disruption.

Even more strategically important are the development of the outer harbour at Cockburn and the sale of Fremantle Ports.

This two-part deal has the ability to be a game-changer. It is outrageous the state has sought two years to work through the process. All the political ducks are lined up, including conservationists. Why wait? Put the harbours up for tender and accept the best deal for the state – not just in dollar terms, but one that delivers the best long-term growth opportunities.