Differing views over the coastal strip's revitalisation have created rifts between the major stakeholders. 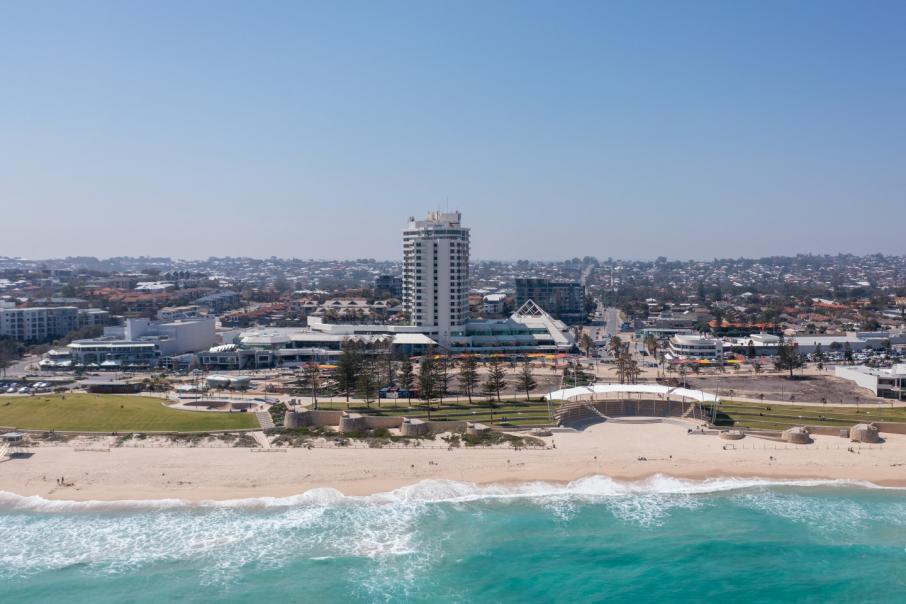 The past decade has brought with it rapid change for Scarborough Beach, driven primarily by government investment and a wave of major high-rise developments spearheaded by private investors.

Like other local governments navigating the delicate balance between the need to increase density and respecting the coastal area, City of Stirling Mayor Mark Irwin said his concern was seeing the popular coastal strip littered with eyesores and “higgledy-piggledy” development.

Unlike its counterparts, however, the city is somewhat hamstrung when it comes to the sort of development permitted within the Scarborough precinct and the degree to which it can respond to the concerns of local residents.

In 2013, the Barnett government announced a $101 million partnership with the City of Stirling to facilitate a major revitalisation of a 100-hectare section of the coast extending back down Scarborough Beach Road that would later become known as the Scarborough Redevelopment Area.

The proposal, delivered by the state-run Metropolitan Redevelopment Authority, now known as DevelopmentWA, promised a swathe of foreshore enhancements and was touted as an opportunity to encourage commercial investment and drive visitation.

The following year, control of the redevelopment area was officially transferred from the city to the MRA and a master plan informed by community input was endorsed for the site.

One of the key concerns to emerge was the height of development permitted within the coastal precinct.

The authority’s Scarborough Master Plan stipulated that the maximum building height was to remain at 12 storeys, with a bonus height of six storeys for developments that met certain design and community benefit criteria; meaning no development would surpass the 18-storey Rendezvous Hotel.

But six years on, sections of the Scarborough community and the city are now pushing to have control of the area returned amid an influx of development applications seeking and obtaining variations to the height restrictions.

City concerned developers have been granted those variations courtesy of a discretionary clause embedded in DevelopmentWA’s planning framework.

Mr Irwin said this created confusion for the community and developers around the actual value of the land and could result in a disorganised landscape.

“It is the extra discretion that is really frustrating us as a local government, it is frustrating the community,” he said.

“It is frustrating some of the developers who are saying, ‘we don’t know what land is worth in this area, how could we possibly buy a piece of land not understanding what we’re allowed to build there’.”

Mr Irwin said some developers were getting a free kick in terms of what they should be spending on the area for the future, if their end yields were higher than anticipated.

“All of the planning framework across the whole area and the future of that area, including the traffic networks, have always been designed on what the end yield will be for that area but now no-one knows what that end yield will be, because there are all these extra apartments getting thrown in that were never planned for,” he said.

“It’s that uncertainty that’s creating a lot of angst with the community.”

A DevelopmentWA spokesperson said the Scarborough planning framework allowed for discretion to be applied only where a proposal achieved the design intent and vision for the precinct, albeit in an alternate form.

“Responding to the phase two planning reform consultation earlier this year, the Property Council highlighted the benefits of greater transparency in the planning system in ensuring communities had the opportunity to input and a clear vision of future development,” she said.

“Communities will evolve and adapt over time as WA grows, and this includes changing skylines. Property Council data shows that the majority of Western Australians either support or are open to the idea of medium density development in their neighbourhoods.

“The planning framework is designed to allow for discretion to ensure the delivery of high-quality design outcomes and community benefit.”

The city’s concerns are shared by community action group Sunsets not Skyscrapers, which has spent the past three years probing the state land agency in a bid to find out why the master plan is not being more strictly adhered to.

The group was formed in 2018 after 3 Oceans Property unveiled plans to build two 43 and 33-storey towers, with 314 dwellings, 119 hotel rooms, a convention centre, exhibition space, commercial tenancies and a café.

The $450 million proposal was initially rejected by the MRA amid significant community protest but was later approved.

The development never eventuated, deemed not to be financially viable given the market conditions.

However, it was revived in August this year, when the company returned with a second proposal featuring 46-storey, 20-storey and 16-storey towers.

Sunsets not Skyscrapers argues that the approval of the initial proposal set a precedent and opened the floodgates to a suite of high-rise developments seeking significant variations to the 12-storey height limit.

In March, Sentinel received development approval for its 24-storey mixed-use project on the corner of West Coast Highway and Manning Street in Scarborough, with a 21-storey build-to-rent tower on top of a three-storey podium.

More than 150 of the 177 public submissions opposed the $68 million development over concerns about its height, potential overshadowing and the addition of traffic to an already congested movement network. The project was approved.

Then, in May, Edge Visionary Living lodged plans to build a two-tower development in Scarborough, a stone’s throw from the Rendezvous Hotel.

The application outlined plans for one 19-storey and a second 17-storey tower, as well as three and four-storey podiums across a 6,442-square metre lot on Reserve Street.

A total of 71 per cent of the 178 respondents objected to the proposal.

The authority waved it through, however, conceding that while it exceeded the prescribed building heights, it did so in a manner that it believed remained consistent with the precinct vision and would provide community benefit.

Sunsets not Skyscrapers spokesperson Kieran Kelly said the group had worked to secure meetings with the land agency, relevant ministers and major stakeholders, but could do little more than lend its voice to the public consultation process.

Like Mr Irwin, Mr Kelly said the group was frustrated by the extra discretionary power and the deviation from the master plan.

“We don’t feel the concerns of local residents are really listened to,” he said.

“Where does the discretionary power end?

“We cannot find anything that explains why these discretionary powers are roaming so far and wide.

“The problem we have now is that … there is no concrete plan for Scarborough anymore.

“The way we see it, it’s just a heap of ad hoc decisions that have been made on the run.

“We’re not anti-development, we’re happy with development, but it should be what was promised to us and sympathetic to the coastal area.”

The group also holds concerns about the impact the rapid increase in density will have on the already congested precinct, claiming it was promised but never delivered a traffic management plan.

“We’re also concerned about the number of buildings being proposed with so few car bays – it’s not as though we’re on a train line,” Mr Kelly said.

“They’re now looking at putting a trench down West Coast Highway in a bid to alleviate traffic, and that’s something we’ve been anticipating for about 18 months.”

The proposal, which runs from Kay Street to Pearl Parade, would feature traffic bridges at Scarborough Beach Road, Brighton Road and Manning Road and a turn-pocket into Woolworths’ White Sands site.

The planning authority is seeking a scheme amendment to rezone 3,371sqm of land under the Scarborough redevelopment area to allow the highway to be widened, a proposal supported by the city.

But the trench proposal is still in its early stages and has not yet been funded, with a community consultation phase expected late this year or in early 2022.

The David-and-Goliath battle is exacerbated by the current planning system and the absence of third-party appeal rights in WA, according to Mr Kelly.

He said it allowed developers to get three bites of the cherry.

“Even if the council recommends a development be refused, it can still be approved by the Joint Development Assessment Panel and if the developer isn’t happy with that, it can go to the State Administrative Tribunal,” he said.

“If they’re not happy with the tribunal, they can go all the way to the minister.

“We’d like to see the redevelopment area returned to the city, but even if that happened, the community would still be flogging a dead horse because we have no capacity to appeal.

“That’s what we’re up against.”

Mr Irwin said that by bringing the development back into the city’s control, a priority would be to remove that discretion clause. He said removing the discretion clause would provide certainty back to the community.

“This isn’t a community of NIMBYs, who are saying ‘we don’t want any development here’,” he said.

“What they’re saying … ‘we went through the process and we had an agreement with you on what the height limits would be’ and they want DevelopmentWA to stick to those height limits.”

DevelopmentWA is on track to hand back the Scarborough redevelopment to the City of Stirling in late 2022.