Never has the KISS management principle (keep it simple, stupid) been better demonstrated than in the dreadful condition of Western Australia’s mineral processing sector, where crisis is piling on crisis. 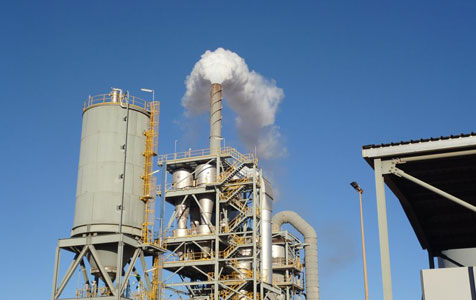 Part of Atlantic's Windimurra plant that was damaged by fire last month.

Never has the KISS management principle (keep it simple, stupid) been better demonstrated than in the dreadful condition of Western Australia’s mineral processing sector, where crisis is piling on crisis.

Within a matter of days three mining projects that involve a high-degree of ore processing, rather than a simple dig-and-deliver approach, have hit problems.

Gindalbie Metals, the one-time champion of the magnetite iron ore sector and a regular target of criticism in this column, has admitted that it needs more money to finalise commissioning, news that sent its share price crashing to a 10-year low yesterday of 6.6 cents.

Lynas Corporation, the one-time champion of the rare earth sector, flagged the need for a fresh fund raising or debt restructure after reporting a hefty loss for the six months to December 31, news that sent its shares crashing to a five-year low of 24.5 cents.

Atlantic, the one-time champion of the local vanadium industry, announced the resignation of its chairman and managing director, Michael Minosora, a departure that follows the failure of the Windimurra project to perform as promised and a fire knocked the plant out of action, triggering the need to raise fresh funds. Trading in the stock has been suspended since early last month.

For WA mining, already hit hard by price falls for most of its minerals and metals, trouble in the processing sector has gone largely unnoticed, except by the shareholders in the companies concerned.

Collectively, however, a clear pattern becomes evident – and it’s not pretty.

What the latest round of problems with the ore-processing projects confirms is that WA struggles to convert bright value-adding ideas into viable businesses.

Why this is the case should be high on the agenda of Mines and Petroleum Minister Bill Marmion, who was earlier this week enjoying the recognition conferred on WA by a Canadian mining industry survey, which found the state to be the world’s most attractive investment destination.

Without debating the accuracy of the Fraser Institute survey, which can be interpreted in a number of ways, the Canadian view of WA contradicts a similar survey undertaken by a Perth-based organisation just five months ago that gave WA an alarmingly high ‘risk’ rating.

While respondents to the Canadian survey appear to love WA, a near identical World Risk survey by West Perth-based Resource Stocks magazine rated WA 13th on a list of 19 Canadian provinces and Australian states – with a score that indicates WA to be a more risky place to do business than Tasmania, South Australia, or most of the Canadian provinces.

Wanting to win popularity contests is an understandable quality in all politicians but it pales alongside the problems building in WA mining, particularly the ore-processing sector where billions of dollars are at risk, not to mention hundreds of jobs.

Gindalbie, Lynas and Atlantic can survive their current problems, but they need to raise fresh funds while hoping that the prices of their minerals do not fall further.

However, the nature of the difficulties being encountered might also mean that all three will soon be asking the WA government for financial relief in some form – whether as an extended royalty holiday or some other assistance – remains to be seen.

In every case the complications that developed were directly related to the design of the processing plant, a shift in world demand, a collapse in mineral prices, international competition – or all four factors.

Those same issues can be seen today at Gindalbie, Lynas and Atlantic – and that’s before mentioning the problems of Galaxy Resources, a lithium producer, or Forge Group, a mining services contractor.

If there is a management lesson to be learned from the multiple problems confronting WA mining (and mine services) today it is the importance of KISS – keep it simple, stupid.