The truth about adolescent lying

Adolescent lying may be a normal phase of growing up, but it nevertheless requires careful management by parents and educators. 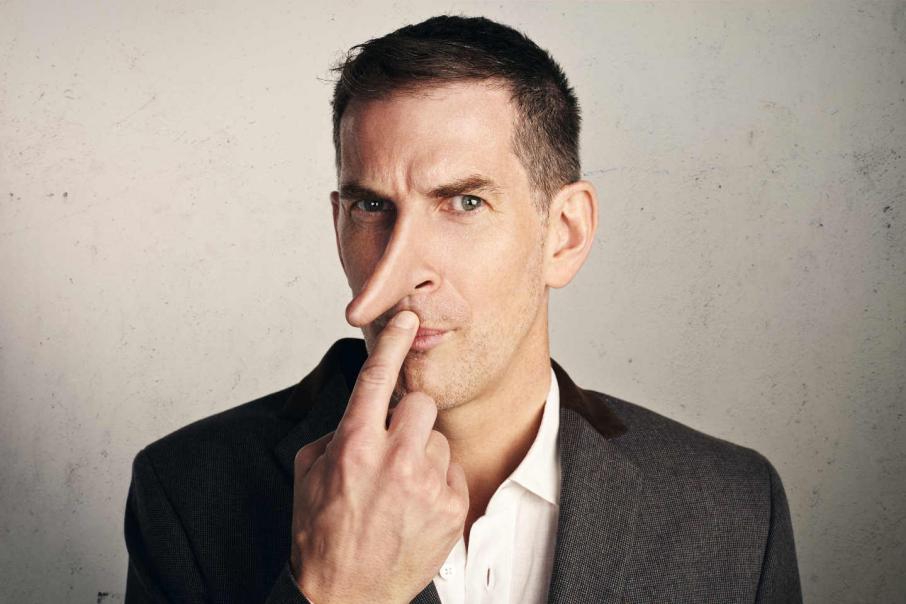 The extent of our lying as adults could hinge on our teenage behaviour. Photo: Stockphoto

We all have a tendency to fabricate, embellish, prevaricate and stretch the truth in the workplace.

We do it to appear better than we are, to avoid unpleasant tasks, to fit in with others, to protect our closest workmates, and to get on the right side of the boss.

Some of us lie on our resumes and in employment interviews, as well as when we leave a job; we fib our way through exit interviews to avoid burning bridges.

Most of us lie from time to time, even though we know it is wrong.

The more we lie, the easier it seems to get away with it, and the more likely we will do it again.

The extent to which we engage in this type of behaviour in the workplace could result from how many lies we got away with as teenagers, and to some extent the level of guidance and support we received from parents and teachers during adolescence.

If you have an adolescent, they will have lied to you; any parent who thinks otherwise is indulging in a wild flight of fancy.

Lying often spikes during teenage years and needs to be addressed by parents and teachers to help teens become responsible and accountable adults before they enter the workforce.

It is not just the direct face-to-face lying that needs attention.

Many teens find it easier to lie behind a screen (via text, instant messaging).

Teens lie for many reasons, including to avoid getting into trouble or becoming embarrassed, to cover up true feelings, to boost their egos, and to defend friends.

Some adolescents might lie for no reason other than a desire to keep part of their lives private, or at least distant from their parents.

For these teens, lying to parents and teachers is an attempt to establish autonomy.

Adolescents will commonly fudge the truth about where they are and whom they are with, whether study and homework have been completed, and whether they are consuming cigarettes, alcohol and drugs.

Ironically, most teenagers will declare they value honesty, yet will be quick to tell lies to parents and teachers.

So how can parents and teachers minimise the risk of lying becoming a standard practice as the teens grow into adults and enter the workplace?

The biggest mistake parents and teachers can make is to try to catch a teen out.

Those who put in place elaborate sting-type operations that aim to trap a teen into a lie are almost certain to create an acrimonious relationship with a teen, particularly if their tactics involve using a lack of disclosure to weed out dishonesty.

And when parents and teachers act enraged or injured when they uncover lies, there is a good chance an adolescent will completely shut down and further entrench the problem.

With effective parenting and committed teachers, most adolescents will be able to pass through a so-called harmless lying stage.

When lying is uncovered, staying calm and re-emphasising the importance of honesty are desirable reactions for parents and teachers.

At the same time, adolescents should never be in doubt at the disappointment their lying has caused.

If a teenager sees a parent regularly telling white lies or even more serious ones, then chances are the teen will end up feeling less inhibited about stretching the truth.

One strategy used successfully by parents as well as in schools is ‘emotion coaching’.

It involves conversations with children and adolescents around moral scenarios in which lies have caused harm and affected others.

This approach is more about building a teen’s moral fibre around real-life examples than responding to their own personal situation.

Others advocate for calling out teens when they tell the truth – treating honest disclosures as a big deal or praiseworthy – to reinforce the desirability of truthfulness.

Importantly, parents and teachers must come to grips with the fact any adolescent with a habit of lying will not simply snap out of that pattern. It may take some time to get a teen back on track.

Lying might be considered a normal part of a teenager’s development.

However, without guidance from parents and teachers, some teenagers will graduate to chronic or more serious lying in the workplace, where there is considerably more freedom than in the school environment.

Unchecked, adolescent lying has the potential to limit careers, as well as other opportunities thrown up by life in general.

Importantly though, when teenage lying is a cover for dangerous or illegal activity, consider seeking professional help in the form of a counsellor or clinical psychologist.