The rise of China - where to next? 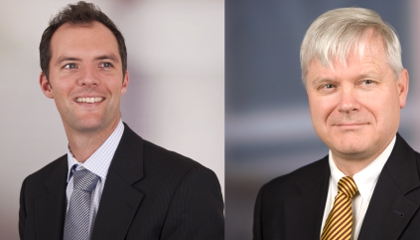 Diggers and Dealers just turned 20 years of age, and Australia’s record run of economic growth without a recession just turned 21.

That combination is no coincidence.  The same factors which turned Diggers and Dealers into a success have played a big role in Australia’s economy too.

That’s because Australia is unusual among other developed nations – we are rich in natural resources, and so have the capacity to sell into the industrial development of emerging economies.

Indeed, Australia has long sold into the pace of industrial development elsewhere, whether it be Europe in the 19th and early 20th centuries or Japan and the Asian Tigers since World War II.

What is different about today is that almost half the world’s population are now amid an industrial revolution phase of their development which is rapidly changing their economies.  Whereas previously the Asian Tigers represented the economic development of a hundred million people or so, the current growth phase that centres on China is selling to three billion people.

Not many people understand the way in which mining development is now driving Australia’s economy.  In 2011-12, spending by businesses on boosting their production capacity – a category dominated by resource projects – more than explained all of the growth in Australia’s economy, and Deloitte forecasts that business investment will generate almost two thirds of all Australian growth this year.

The latter phase has been a slow burn.  Even though commodity prices meant that, in effect, the world was begging Australia’s mining sector to grow faster, actual mining output growth has been hobbled by shortages in skilled labour, delays in projects, delays in commissioning, the disastrous and lingering impacts of floods and cyclones, the advent of the global financial crisis, and the fun and games over mining taxes.  Each of these factors has slowed the supply side response of Australia’s mining sector to the historical opportunities that have been on offer.

But are there risks to the investment boom now that it is in full flight?  Is China changing?  Has Australia changed too? And will it affect Western Australia’s junior and mid-tier miners?

There are some risks of that now that (1) there are some signs that commodity demand growth from China is entering a more mature phase, (2) commodity prices have fallen from their 2011 highs, and (3) the costs of development and operation in Western Australia (specifically the Pilbara) have risen relative to competing mining provinces.  The end result is that some miners are signalling this surge in investment, which has been driving Western Australia’s growth outperformance, is not permanent.

There are important issues around costs.  Some of those are obvious, including the exchange and interest rate penalties applying to those operating in Australia.  And some are pretty well known, including the long running boom in mining wages, as well as the lift in both State mining royalties and the overlay of the new mineral tax, plus the implications for the resources sector of the carbon tax.

On the one hand the pace of the splurge has led to skill shortages and an increase in staff turnover that means that official wage statistics tended to understate the labour cost pressures in affected sectors.  Similarly, prices for a bunch of materials have leapt, and the instance of delivery delays has been on the rise, further adding to scheduling problems and hence costs.  Add in the fact that politicians – both Federal and State – have seen a sectoral milch cow, leaving them adding taxes and regulatory burdens willy-nilly on the assumption that they couldn’t kill the goose that was laying a golden egg.

But other elements of the cost equation have been less visible, including the delays around approval processes.  One such process that recently hit the headlines was the decision to let a temporary migrant workforce form a part of meeting the peak construction needs for West Australia’s Roy Hill Project.  The political circus that ensued when that became public was a reminder of how clogged up our political process has become:  sound bites promptly dominated good policy, despite the major politicians in both parties agreeing that enterprise migration agreements are a good idea.

The end result of that has been a lift in the relative cost of mining development in Western Australia and more broadly, Australia versus that in other major mineral provinces around the world.  Recent research for the Business Council of Australia noted that Australian resources projects are 40% more expensive than those on the Gulf Coast of the US, with Australian labour a third less productive than in the US Gulf Coast for projects near cities, and 60% less productive for projects in remote locations. This cost and productivity imbalance is having a direct impact on West Australian projects competing for capital from other Australian mining provinces and the new resource frontier of Africa.

And that’s not the only thing that will weigh on future growth in the strong part of our two speed economy.  It seems that China is changing too amid its desire to shift demand from its current (unsustainably) heavy reliance on infrastructure and on factories geared to exports towards spending by consumers.

That may be part of the reason why the likes of BHP Billiton has warned there is a “window of opportunity” for new iron ore output through to 2025 but that “Longer term, post-2025, the combination of a plateau in steel use in China and increasing scrap availability is likely to result in a protracted period of low to negative growth for the seaborne iron ore market”(Marius Kloppers, BHP Billiton CEO).

There have been signs of this turn coming for a while.  Deloitte Access Economics’ Investment Monitor shows a clear two year lead time between the size of the project pipeline under consideration and the level of business capex.  That measure is signalling that slowdown lies ahead.  And the pipeline of construction work yet to be done estimated by the Australian Bureau of Statistics, having grown like topsy for many years, is now also sinking back.

In the meantime the share of the economy allocated to capacity expansion is about to hit highs that haven’t been seen in this nation in over half a century.  Put simply, the resources sector is the epicentre of strength in Australia’s two speed economy and Western Australia is overweight resources.

Yet some of the cracks are starting to show.  Having grown stunningly for many years, the pipeline of work yet to be done in Australia has begun to fall.  You can see some evidence of that in Deloitte Access Economics’ Investment Monitor survey, with a whole heap of projects worth big bucks having been stuck in the same spot in the development cycle for some time now, failing to proceed on to approval and the commencement of construction.

In part that represents concern that earlier projections in and around what Asia’s rise may mean for industrial commodity demand may yet prove too optimistic.  And in part it’s a response to the easing in commodity prices evident in recent times.

The upshot is that some projects that have seemed on the cusp of approval for some time may now stay locked away for longer.  That’s what key resource sector figures have already hinted, and we can’t say we’re that surprised.

So what does this mean for West Australian miners looking to get their projects up? And how will the availability of funding for junior and mid-tier miners be affected?

Access to capital markets for the smaller end of town is not what it was. Global uncertainties are weighing on the IPO market and affecting the ability of juniors to raise funding through traditional means.

If there has been one significant change for miners since the first beer was poured at Diggers 20 years past, it is the decreasing availability of traditional sources of funding and the increasing focus on external sources of funding. This new focus includes the early introduction of international strategic investors into the project, many of whom also happen to be the customer.

While many sovereigns have participated in this process, much of the attention is on China.  Yet the future of Chinese funding for Australian resource projects is not all ‘rose tinted’. The slowdown in China and the underperformance of some high profile Chinese-backed projects in Western Australia and Queensland have increased China’s aversion to risk (let’s not mention the MRRT and carbon tax).

That may further tighten the availability of Chinese capital for West Australian miners, all the more so given the recently announced State-owned Assets Supervision and Administration Commission of the State Council (“SASAC”) regulations that hold Chinese state owned enterprises and their executives accountable for bad overseas investments.

Going forward we can expect increased conservatism from Chinese investors with funding likely to come once projects have reached a later stage of maturity and infrastructure solutions have been identified, if not delivered. While this creates a potential funding hole for junior miners it doesn’t mean doors are closed. In particular, the junior mining community should inform themselves of alternative finance options including off-take and export linked funding to help fill this funding gap.

None of this will derail the sheer strength of investment spending in the short term.  The latter remains bigger than Christmas, and the dominant driver of economic growth in the short term.  But it is a reminder that the strong bit of Australia’s two speed economy may not stay as strong beyond 2014, and that West Australian juniors need to adjust to the changing funding environment to thrive.

Chris Richardson is with Deloitte Access Economics and Matt Judkins is a Director of Corporate Finance with Deloitte.