Mount Lawley liquor retailer Grand Cru Wine Shop has undergone an evolution since being established more than 42 years ago. 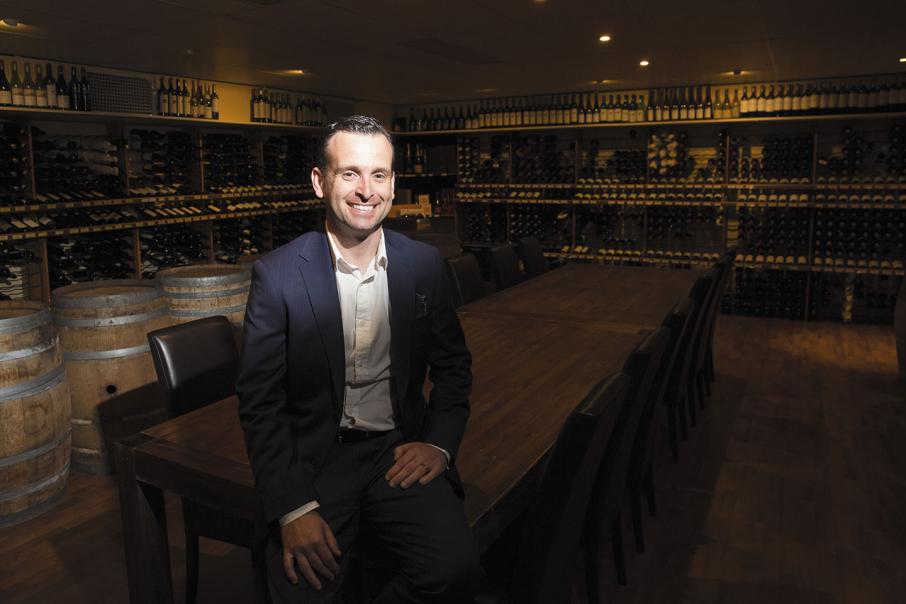 Mount Lawley liquor retailer Grand Cru Wine Shop has undergone an evolution since being established more than 42 years ago.

From its modest exterior at 654 Beaufort Street, Grand Cru Wine Shop doesn’t appear to be much different to a host of other independent bottle shops.

However, the family owned store hides a significant secret underneath the bustling Mount Lawley strip – a purpose-built cellar that stores rare wines from Australia and overseas and has the capacity to hold special events.

Owner Vince Salpietro said Grand Cru’s beautifully appointed wine cellar was the thing that separated it from conventional bottle shops, and was the reason behind its long-time success.

“You walk down into this room and you see we’re not a fly-by-night – you’re sitting in amongst $1 million worth of wine,” Mr Salpietro told Business News.

“If it was just retail upstairs, we’d still be surviving but it would be me standing behind that counter serving clients.

“But (this cellar) is probably the only reason why we’re a substantial independent retailer.”

International movie star Jackie Chan is among the list of luminaries who source wine from Grand Cru.

“He’s got the largest collection of Grange in the world, and his collection is worth $40 million,” Mr Salpietro said.

Locally, Mr Salpietro said his biggest client, whom he could not name due to confidentiality agreements, had a collection worth more than $4.5 million, while others gave him monthly budgets of up to $25,000 to add to their portfolios.

“There is a large amount of people out there that want reassurance and want to be able to call me and say ‘Vince, I have some VIPs coming over, can you select a wine from my cellar, can you open it, prepare it, talk about it for two minutes and then disappear’,” Mr Salpietro said.

“I spend a lot of my time doing things like that.”

Grand Cru has been the Salpietro family’s business since 1974, however Mr Salpietro, the eldest son of Charlie and grandson of store founder Vincenzo, said it was a very different operation when the family first arrived on Beaufort Street.

“When my grandfather bought the business, it was effectively a corner store with a liquor licence,” he said.

“They sold bread and milk and fried chickens and all that sort of guff, then my father took it over in the late 1970s and got rid of all the sundry items, transforming it into a classic liquor outlet.

“In the 1980s and 1990s, 98 per cent of our trade was people walking through that front door, buying a carton of beer or a bottle of wine and taking it home.

“Today, if we fast forward, it’s a radically different beast.”

The next evolution of Grand Cru’s business, Mr Salpietro said, was wine tourism.

But don’t expect Mr Salpietro to be leading mini-bus excursions to the Swan Valley any time soon, with the experiences to be of a much grander scale, leveraged off Grand Cru’s relationships with wineries not only in Western Australia, but across the world.

“If you go down to Margaret River, you can go to any of the cellar doors down there and have a tasting of wine,” Mr Salpietro said.

He said an example of this type of tour was one he was organising for February at the historic Champagne Billecart-Salmon winery in France.

“Champagne Billecart is a champagne house that’s been owned by the same family since 1788, they are into their sixth or seventh generation,” Mr Salpietro said.

“I’ll take my clients and we’ll meet with the owners, we’ll have a private dinner at his house, we’ll go down to the caves and we’ll do some tastings of their champagnes back to the early 1900s.

“It’s real bespoke, and it’s about those money-can’t-buy sorts of experiences.”