Tech titans test you and your doctor

Health shapes as the next industry to face a tech invasion and is readily prescribed for companies with deep pockets. 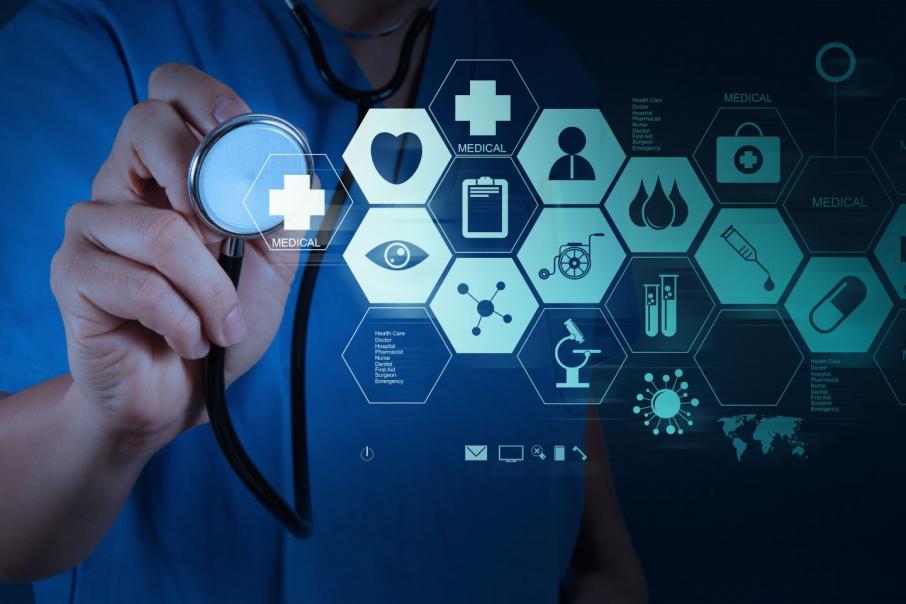 Over the past 12 months there have been 20 major healthcare deals around the world. Photo: Stockphoto

TECHNOLOGY has changed the way we work, communicate, travel and amuse ourselves – but that’s not enough for the giants of tech and some local corporate stars.

They want to change the way we manage our health, possibly to the point of becoming intrusive. Health is shaping as the next industry to face a tech invasion.

The big players, including Amazon, Apple, Microsoft, and Alphabet (Google), are aiming to get closer to your body, and perhaps inside it.

Even hospitals are under threat from the wave of cash looking for the next hot business sector as can be seen in a proposal from US-based private equity firm KKR with its $30 billion takeover offer for Australia’s biggest private hospital owner, Ramsay Health Care.

Further down, but just as interesting, is the creation of Wesfarmers Health, which is slowly digesting Australian Pharmaceutical Industries, owner of a business which includes high street chemist shops such as Priceline and Soul Pattinson.

What big business wants in health is access to a stodgy and inefficient industry, which generates trillions of dollars in annual turnover, has access to buckets of government cash and panders to deep interest by most people in their own health, including an obsession some people have with their personal appearance (beauty cream, anyone?).

There is also the appeal of finding a new sector where barriers to entry are not too high for a corporate player with access to a bottomless supply of capital and where growth is assured thanks to people’s vanity and an understandable desire to live in good health for as long as possible.

There is even research into stopping the ageing process. For Wesfarmers, the acquisition of API satisfies a plan hatched a decade ago to create a health-focused division to complement its other trading arms that include the Bunnings hardware chain, Kmart, Officeworks, chemicals and even a stake in a lithium business.

If there’s a common thread to the Wesfarmers management approach, it is to seek out businesses that generate high levels of cash, have a strong market position and the potential to grow after an injection of competent management.

The capacity to disrupt incumbents in an industry and soak up their market share is also a speciality, as shown in the way Bunnings has driven rivals out of the hardware space through slick marketing and a focus of bulk buying to keep prices down.

Interesting as Wesfarmers Health might be, and it could get very interesting if it drifts into health insurance and private hospitals as has been suggested in the past, the real game in ‘big health’ today is among the world’s top tech companies where there is a race to snatch a share of an industry ripe for a prescription of high-efficiency tech medicine.

Since last year, Alphabet’s Google business has been producing the Pixel mobile phone, which includes a feature able to measure your heart and breathing rates as part of its Google Fit application, which competes with rivals such as Samsung Health.

Officially, the heart and breathing feature are not intended for medical purposes and perhaps that’s true, but it’s not hard to imagine the technology progressing into the medical field and for self-diagnosis of easy to treat ills, such as the common cold, being done via a tech link.

Google Nest, a smart technology that includes speakers, routers and internet streaming services, has also been upgraded this year to include a listening feature that monitors the breathing of a sleeping person to help control snoring.

Alphabet, according to a report last month in The Economist newspaper, is even working on a technology aimed at slowing the ageing process, or stop it altogether, a vision that has potentially profound implications for humanity.

Work on the age-slowing plan has led Alphabet into joint research projects with companies such as L’Oréal, a French cosmetics group, because Alphabet is seeking a deep understanding of what happens to skin as it gets older.

In the US, Amazon operates an online pharmacy where a customer can shop by disease.

The website offers products to treat a range of conditions, including high blood pressure, anxiety, diabetes, asthma and viral infections – COVID anyone?

Apple is marketing its smartwatch to doctors with the online promotional advertisement claiming an Apple watch can “help your patients identify early warnings” with a screenshot sample of what the watch can do.

It offers a reading – “your heart rate rose above 120 beats per minute while you seemed to be inactive starting at 9.59am”.

Technically, that’s not inside your body but it’s certainly listening to what’s going on inside.

Critical to what’s happening in this increasingly interesting move by big business into health, which has traditionally been dominated by government and the personal relationship between a patient and his doctor, is the hunt for investment opportunities which require the sort of capital marshalled at the top end of town and the profits which come from the increased efficiencies of smart tech.

Over the past 12 months, according to one recent study, there have been 20 major healthcare deals around the world, with the share prices of companies in the sector rising by 30 per cent.

As The Economist said in its report into the business of healthcare, it is the sheer size and “stodginess” of the health industry which explains why it is being eyed by big tech.

“Few other industries offer a potential market large enough to move the needle for the trillion-dollar technology titans,” the newspaper said.

Heading the other way are two big industries which have passed their best-by date – banking and retail.

The problem for banks, especially those with heavy exposure to the housing market, is that as everyone knows the arrival of an overdue dose of higher interest rates is starting to drive home prices down.

And, with that change of direction, it means reduced demand for home loans and an increase in doubtful debts as borrowers struggle.

Curiously, the home funding issue and a slowdown in general bank lending is yet to show in official statistics which, admittedly, only go to the end of May.

It’s the same with retail sales, which, on a national basis, were up 10.4 per cent in May as consumers celebrated the end of COVID restrictions.

Both bank lending and retail sales will contract over the next six months.

Nothing is more certain, as rates rise in tandem with the price of petrol.

As a character in Ernest Hemingway’s novel, The Sun Also Rises, said in reply to the question how did you go bankrupt?