In the second of a four-part series featuring EY Entrepreneur of the Year nominees, we spoke to Bernie Pummell and Sarah Thomas about two different food businesses. 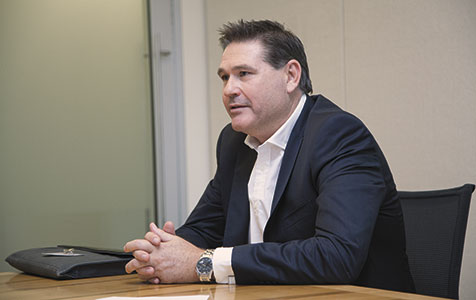 In the second of a four-part series featuring EY Entrepreneur of the Year nominees, we spoke to Bernie Pummell and Sarah Thomas about two different food businesses.

Bernie Pummell and Sarah Thomas both operate in mature industries, yet they have achieved extraordinary growth in recent years.

As managing director of Vesco Foods, Mr Pummell has overseen 25 per cent growth per year for the past four years.

The frozen meals manufacturer now has 350 staff in Perth and 80 in Brisbane (on a full-time-equivalent basis) and annual turnover of $131 million.

Ms Thomas started much smaller, taking over a struggling bakery in Mt Lawley with 14 staff in 2003.

They achieved quick results after the initial purchase.

“When we looked at it, we couldn’t understand, with the turnover it was doing, how it could be struggling,” Ms Thomas said.

“We took it over and really quickly we started getting business.

“Eventually there was a wait list, we couldn’t supply all the bread that people wanted.”

The turnaround at Vesco was initially more challenging, with the business shutting down some product lines and cutting staff during the GFC before returning to growth.

“It was about focusing on the core business, bringing in the skills and talent required to executive the business plans we developed and ultimately building the relationships with customers and growing the business,” Mr Pummell told Business News.

Vesco was established in 1974 as Kailis & France Foods.

“To be in manufacturing in the food industry you have to be efficient so you need to have economies of scale,” he said.

“You need to have a workforce that is committed and passionate about being cost effective; being innovative and able to re-engineer practices and processes in the business.

“And now, to invest in new technologies and equipment to make sure we are competitive.”

One of the challenges Mr Pummell faced was getting buy-in from its staff.

He tackled this by ‘sharing the vision’.

“It’s about painting the vision and saying this is what our company could look like, a much more enjoyable and interesting place to be,” Mr Pummell said.

He said another factor in Vesco’s growth was diversification of its product lines and the introduction of new brands.

The growth enabled the business to maximise utilisation of equipment in its factories.

A major development last November was a management buyout, led by Mr Pummell.

This included major shareholder CHAMP Ventures being bought out by another private equity group, Catalyst Investment Managers, and a merger with Queensland’s Prepared Foods Australia.

Mr Pummell said this ownership structure would support further growth at Vesco, which was a Business News Rising Stars winner in 2013.

“Our gearing is now in order and we’ve got significant funds in Catalyst to look at further growth investments.”

Both the retail stores and wholesale trade were the drivers of growth at Lawley’s, with the business prepared to add new products, and bake products for specific customers.

“We could make anything that anybody wanted; I don’t think anybody else in Perth could do that,” Ms Thomas said.

“If you came in at lunchtime and asked for 1,000 cheesecakes and 5,000 bread rolls tomorrow, I don’t think there would be another bakery in Perth that could do it.

“We’ve got the facilities and the workforce to be able to do that.”

Ms Thomas said long-term staff members have moved up to more senior roles and taken on more responsibility as the business has grown.

But it’s primarily Ms Thomas and her partner driving the business.

“We don’t have mentors, we just feed off each other. We’ve got the same goals and the same work ethic, we have a passion to succeed.”