OPINION: Encouraging entrepreneurial behaviour can only benefit a state such as WA. 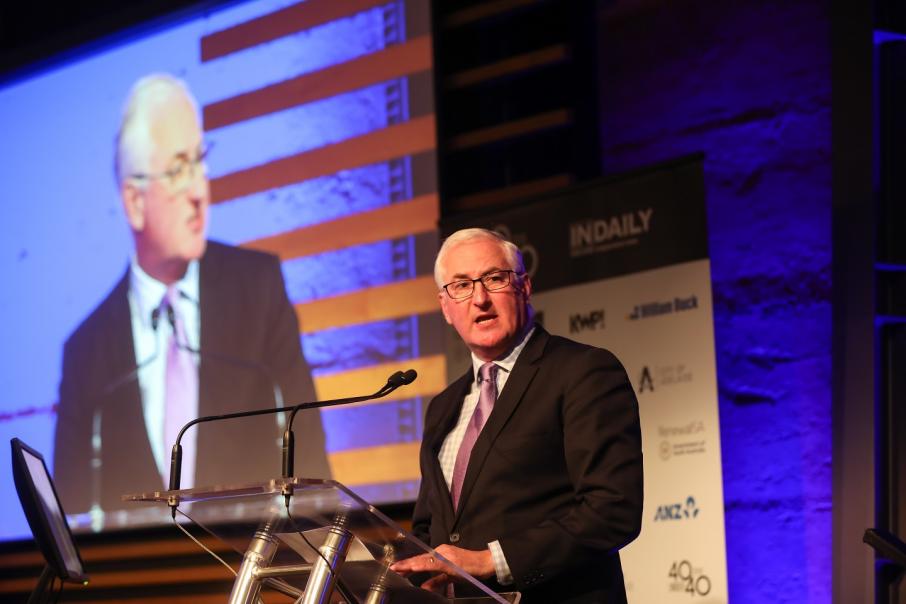 Jim Whalley has been tasked with establishing a new model for entrepreneurship in SA.

South Australia has a chief entrepreneur.

I learned about this during a trip to Adelaide this month for the second instalment of the state’s 40under40 awards, instigated last year by our media friends at digital news business InDaily.

The SA 40under40 judges panel was chaired by former fighter pilot and co-founder of innovative defence industry company Nova Systems, Jim Whalley, who was appointed the state’s chief entrepreneur less than a year ago.

I thought this was an inspired idea, even though it wasn’t necessarily original – Queensland has had one since 2016 or thereabouts.

In fact the concept has been around since at least 2015, when Harvard Business Review ran an article by consultant Alexander Osterwalder advocating that every company needs a chief entrepreneur because CEOs were not necessarily good at innovation and reinvention.

To be honest, I don’t know how effective Mr Whalley or his Office of the Chief Entrepreneur has been in his mission to establish a new model for entrepreneurship in SA.

Bureaucracy can stifle a lot of things, no matter how important your title sounds or who appointed you.

Nevertheless, I see some of these roles – titular or tangible – as clear signals that government thinks something is important and has at least put someone there with access to the premier’s ear.

The role of chief scientist, which Western Australia has had since 2003, is one that has, in my mind, worked well.

Although I have no metric for that optimism, those in the role have typically been high-profile enthusiasts for science. It makes sense to do the same for entrepreneurialism, be it those driving startups or established growth companies, or intrapreneurs within government or big business.

Recognising the obstacles that arise when things are always done the same way, and having a straight shooter who can eloquently get that message to those who run government, is a cheap way of battling the red tape minefield.

Of course, a bureaucrat, appointed advocate or not, can only achieve so much.

In the end, entrepreneurs, real ones, can’t wait for people to change the rules.

In my view, this is more about a mindset. SA governments have been very good at shoring up their economy over past decades by attracting federal subsidies and funding.

Driving through Adelaide’s north and seeing the idle capacity of what was Australia’s motor vehicle manufacturing centre, it is not hard to see why the state has shifted its thinking.

Submarines aside, it is getting much harder for the states to attract federal dollars to prop up industries of any note. Obviously there is the question of favouritism and cost; there are just no votes in throwing good money after bad.

In any case, governments of all persuasions are learning that picking winners is impossible. In a globalised world you are better giving every aspirant an equal chance and hoping you get a unicorn (Silicon Valley parlance for a $1 billion-plus startup) that decides to stay based in its hometown.

As we all know, these types of unicorns are very rare, but an ecosystem of entrepreneurs trying to be like them ends up as a very positive environment.

Not only do these people attract investment, employ lots of smart people and generate pride in their place of origin, they tend to take an entrepreneurial approach to changing all manner of issues and policy that might generally be considered well outside their expertise.

Be it Bill Gates trying to cure malaria or Andrew Forrest wanting to end slavery, there is nothing wrong with social challenges being taken on by those who have inquiring minds and the ability to ignore barriers that stop most others.

Many readers will recall that WA used to be considered home of the entrepreneur. Our four-on-the-floor variety dominated the national scene during the 1980s, buying television stations, breweries and even nearly acquiring BHP before their debt-fuelled splurge came crashing down around them.

Entrepreneurialism became a dirty word in WA, which retreated to the safety of traditional business until the resources boom occurred; a field where, perhaps, financial engineering only gets you so far, and delivering ore to a port is the only true measure of success.

With the rise of the internet billionaires, the cool edginess of the startup scene and sustained success of our mining magnates, it seems entrepreneurialism is back in vogue. That can only be a good thing in a remote state where innovation and fresh thinking has long been needed for survival.