Step back in time for pizza bar

A new underground pizza bar is bringing a distinctly old-school vibe to the inner city. 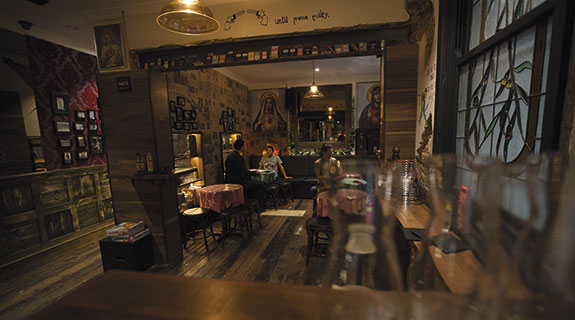 OLD SCHOOL: The venue has an old-style atmosphere, with artworks adding a touch of pop culture cool amid gangster references. Photos: Attila Csaszar

A new underground pizza bar is bringing a distinctly old-school vibe to the inner city.

Walking down the creaky narrow staircase into Alfred’s Pizzeria, you’d be forgiven for thinking the bar is a long-time, well worn fixture of Perth’s hospitality scene, rather than being one of the newest entrants.

And that’s exactly how owner Michael Cheang wants it. 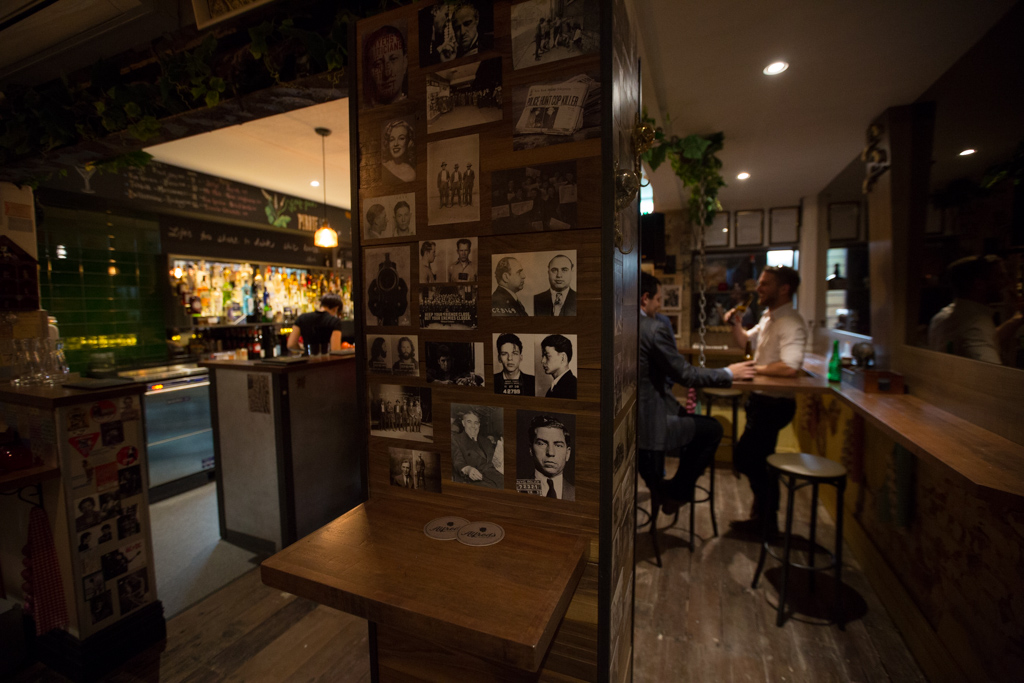 Mr Cheang, who opened Alfred’s Pizzeria late last month on the back of the success of his other hospitality venture, Frisk in Northbridge, said he wanted to create an ideal haunt for a fictional 1920s American mobster – ‘Alfred’.

His inspiration to create the character came from a quirky coincidence; Mr Cheang lives in a heritage-listed building in Northbridge called Alfred’s Villa, which was built in 1897, the same year the Barrack Street building that houses Alfred’s Pizzeria was constructed.

Mr Cheang said it took more than a year’s work, the majority of which he did himself, to transform what was once an old record store into what ostensibly looks like a 1920s New York Italian restaurant.

Nearly another year was spent dealing with liquor licensing, with the onerous process of obtaining a licence consuming most of Mr Cheang’s limited spare time.

“We took over an old record shop, saw some potential, and the rest is history.” 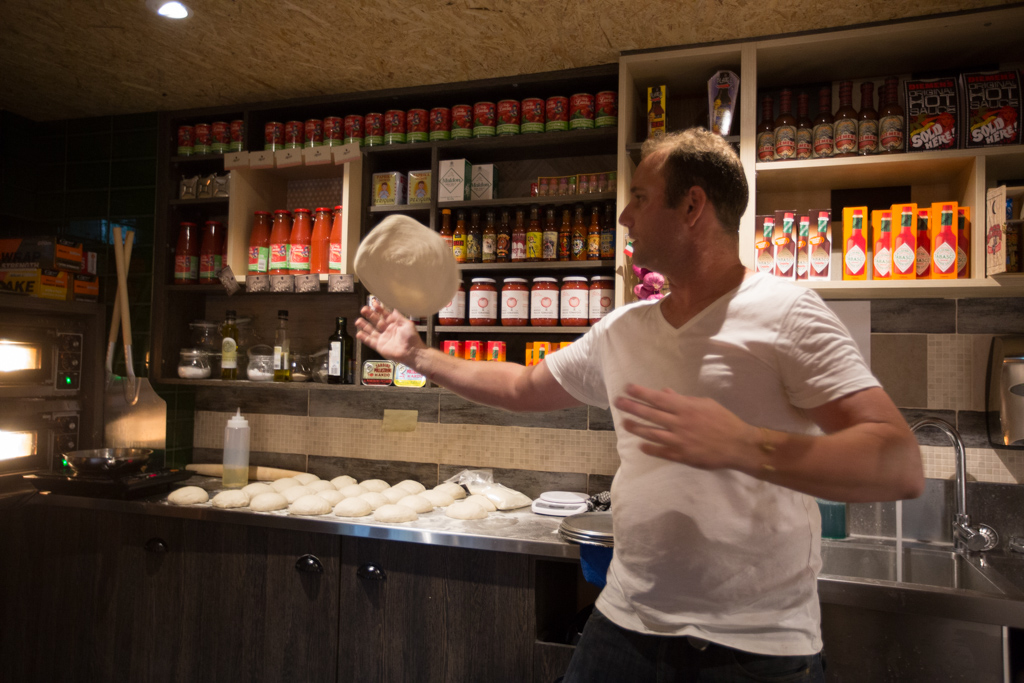 However, Mr Cheang said that potential wasn’t obvious to everyone immediately.

“When I started recruiting, there was nothing here,” he said.

“People came in and saw the basement; there were no floorboards and there was literally just a pile of rubble.

“People didn’t really see the venue for what it was, even the builders couldn’t see it.” 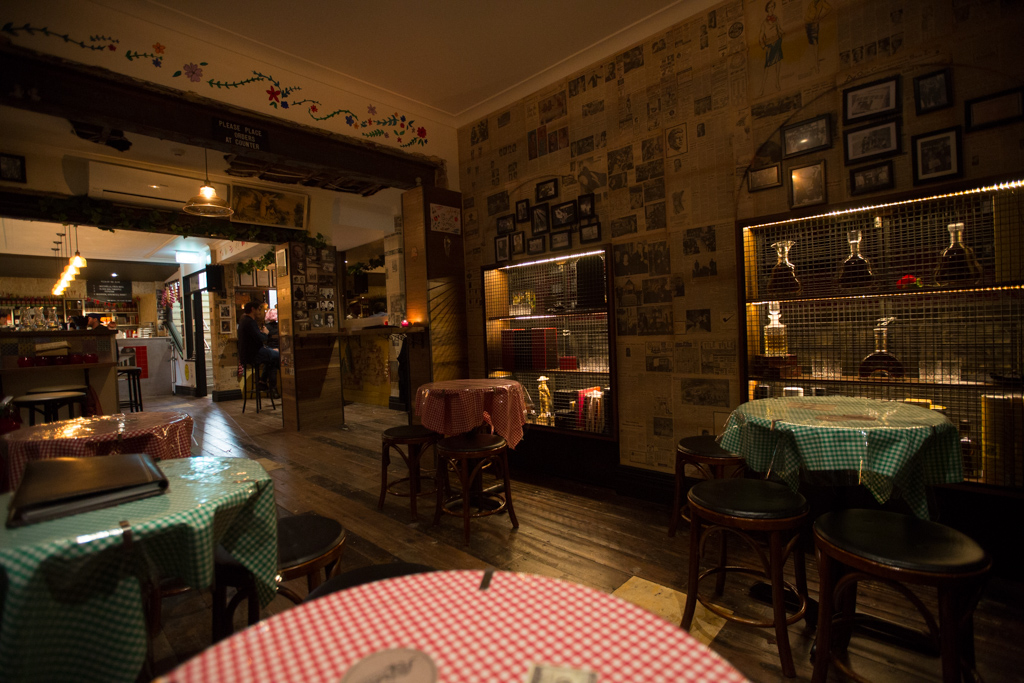 The fit-out is distinctly old school; exposed beams and brickwork provide a perfect backdrop for a wood-fired pizza oven and checkered red and green tablecloths, while artworks add a touch of pop culture cool.

Providing extra authenticity are vintage New York Times newspaper pages that have been converted to wallpaper, and polaroid-style portraits of Al Capone, Bugsy Malone and other assorted mobsters and 20th century celebrities, such as Frank Sinatra and Marilyn Monroe.

“I just wanted to put everything I liked into one venue and I wanted it to be different from everything else,” Mr Cheang said.

“In the city there are a lot of high-end places and that’s great, there’s definitely a time and a place for it, but there is nothing between the lower-end venues and the higher-end venues.

“I just wanted it to be affordable and comfortable and just a bit more casual than the high-end venues. 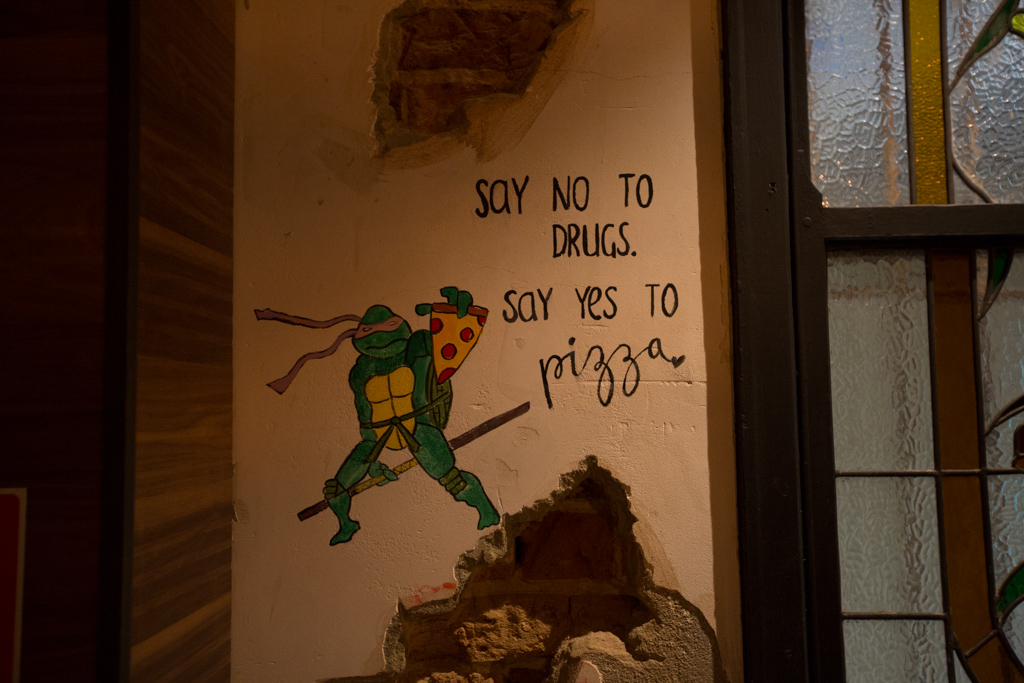 While Mr Cheang said Alfred’s Pizzeria had already proved to be a draw, with the 80-capacity venue doing 60 covers on its first day of trade, he did not expect to add a third venue to his stable in the near future.

“I don’t like being too busy; I enjoy doing one thing right and when it feels right,” Mr Cheang said.

“I’d rather have one or two businesses doing really well rather than three or four doing average.”