Steeling for business as Asia grows

The current slowdown is just a breather from longer-term Asian economic expansion. 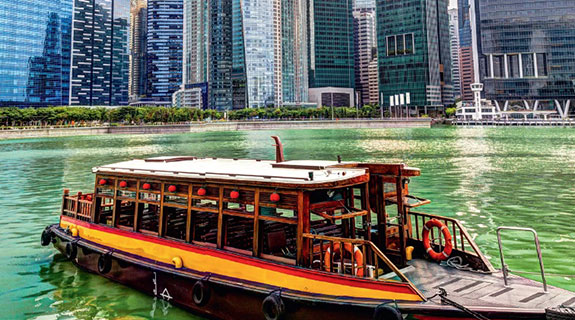 The current slowdown is just a breather from longer-term Asian economic expansion.

For those worrying about China and fretting about demand for our iron ore, LNG, and other commodities, it is time to understand that what is taking place in Asia is unstoppable growth.

Much of the current concern has been around Rio Tinto’s forecast of China producing 1 billion tonnes of steel a year – a target that requires about 25 per cent growth in current production.

Given that China’s economy is slowing, that view is considered by many to be overly optimistic.

Rio, though, is sticking by its forecasts; and when you listen to those attuned to Asia, including our diplomatic and trade experts, there are plenty of reasons to be bullish in the medium term.

The numbers are so huge it’s hard to believe that demand for iron ore and other commodities will remain subdued for long. Furthermore, the demographic shifts mean that demand for premium products such as our food, specialist products, and services is similarly massive.

The general view is that Asia’s middle class of between 500 million and 600 million, or about a quarter of the global cohort, will grow to around 3 billion over the next 20 years. That will be the result of continued growth in China, more rapid demographic change in India and, importantly, huge leaps in South-East Asia.

To suggest this could happen without further growth and sustained production in steel seems absurd. It is the second wave of demand growth in our lifetimes that, while maybe not be as pronounced as what we have just experienced, will drive more mine expansions and higher prices.

Of course, the short term doesn’t look as comfortable. China’s growth in steel production had two clear drivers. The first was its own internal need to build infrastructure, the second was to displace production in other traditional markets such as the US, Europe and Japan.

While its infrastructure push may have cooled for now, there are three reasons to remain optimistic that China’s production will grow in the medium term. First, its own rising middle class will create a more consumer-oriented economy, which will require steel (and many other primary resources we produce); second, its existing infrastructure will require constant updating and replacement (especially that which was poorly constructed before and early in the boom); and third, it will be the primary steel producers for South-East Asia’s expected infrastructure-heavy growth spurt.

And it’s not as though China is that far away to reaching Rio’s predicted 1 billion target.

Admittedly, more recent months have shown a slight decline in year-on-year output, suggesting a negative trend that will mean production tonnage will fall by a single digit percentage in calendar 2015. That puts 1 billion tonnes a little bit further out of reach, but not that far.

The real piece of context here is how much other regional players are planning to boost their infrastructure. As I have previously reported, Indonesia, for example, wants to build dual tracks for its major railways – including a high-speed rail line between the capital Jakarta and the important administrative city of Bandung, and a trans-Sumatran railway.

There also are plans for numerous new or upgraded ports and airfields, and a major energy development involving coal-gasification.

This will need a lot of steel.

But that is just the basics of the demographic shift and how it will benefit us. More growth requires more iron ore as well as more gas and coal (obviously).

There is a deeper shift in the demographics that will benefit our broader economy. As I have also mentioned previously, our special relationship with Singapore will help us take advantage of this shift, especially in terms of penetrating South-East Asia.

Singapore has emerged as that region’s most important player in no small part because of its political stability and financial security, which have helped it emerge as a safe haven for the region’s private wealth, playing host to fortunes from China to the Middle East.

A report a couple of years ago by PwC suggested that Singapore was closing in on Switzerland as the private banking capital of the globe. The reasons that provided the Swiss with their edge – geographic isolation, regional instability and an opaque regulatory regime – have been eroded.

In contrast, Singapore’s benefits have been magnified by global unrest and regional growth in economies that have not yet become democracies.

Singapore’s per capita income is similar to that in Australia, which is a more fundamental reason the island state is ahead of the curve in terms of Asian economic development.

It is, therefore, a leading indicator of what other Asian cultures may want as their demographics shift.

Economic pundits and cultural observers call Singapore a taster, a place that checks out all manner of ideas, goods and services ahead of their adoption or rejection by bigger but less-sophisticated Asian markets.

In some very obvious examples we have seen this occur already. Singapore has been importing dairy produce from Western Australia for more than a decade; now China mimics that demand in a much bigger way across the whole of Australia.

Our relationship with Singapore means we will have priority access to private capital to develop goods and services suitable for the Asian market.

That means a lot more than just producing iron ore which, I have stated many times, will remain a baseload employer for this state helping us maintain our standard of living as we engineer new ways to integrate our economy with the growth engine of Asia.