OPINION: While not all WA’s economic indicators are pointing in the right direction, there’s plenty of cause for optimism, particularly in the minerals and agriculture sectors. 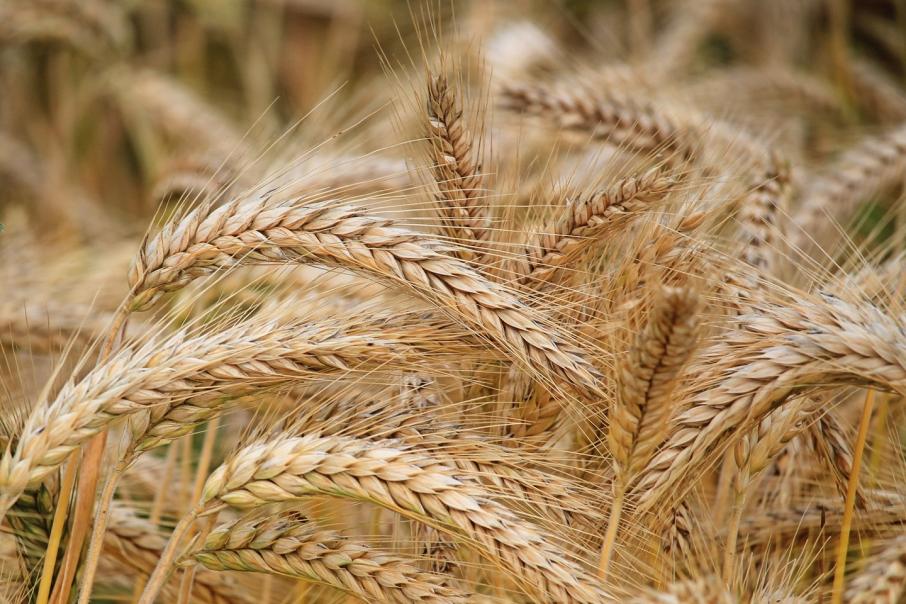 WA farmers produced almost 10mt of wheat this past crop, and prices are up.

Iron ore’s rush back towards $US100 a tonne is more than a commodity market event enriching investors, it’s the latest hint that Western Australia’s economy is improving faster than many people recognise, despite concerns over the residential property sector.

While much of the rest of the country is struggling with drought, a full-blown collapse in property prices, a banking crisis, and an energy shortage, WA is shaking off the effects of a seven-year economic downturn, as can be seen in multiple forward-looking measures.

Unfortunately, most of the indications of strong growth over the next few years are not yet reflected in official data, which means the common view is that WA remains one of the sick states of Australia.

For example in its January ‘State of the States’ report, the Commonwealth Bank’s online stockbroking firm, CommSec, described WA as the nation’s second-worst economic performer.

However, the mood will be more upbeat inside WA’s Department of Treasury because the numbers are improving, with iron ore’s mini-boom delivering an unexpected boost to the WA government’s budget in the tens of millions of dollars, and perhaps hundreds of millions if the high prices persist.

Iron ore, which is being driven by the twin effects of disasters in Brazil crimping exports and a surprise increase in demand from Chinese steel mills, is not the only indicator of improvement.

While still falling, vehicle sales are not declining as fast as late last year, are better than the national average, and significantly better than Victoria and NSW, where the property crash and banking crisis are biting deeply into consumer sentiment.

A slowdown in the decline of car sales is one indicator of improving consumer sentiment, because for most households it is the second biggest purchase after the family home.

But the best measures of where WA is going comes from its trading patterns, and that’s where the outlook noticeably brightens because it is quite difficult to find any of WA’s export industries under pressure – prices are reasonable, costs have fallen, and the decline in the Australian dollar is boosting profits.

In the case of iron ore, the latest price of $US92/t for benchmark grade ore translates into $A129/t for Australia-based miners, a level approaching the boom of five years ago when the US dollar price was higher, as was the Australian dollar.

Other commodity exports are doing just as well as iron ore, if not better. Wheat prices are high and the latest crop was a near record, while wool has been bumping against a record price.

Gold, the state’s saviour on repeated occasions, is also in near-boom conditions with the US dollar price of $US1,321 an ounce converting to $A1,815/oz, seemingly on track to hit an unprecedented $A2,000/oz later this year if the commodity and currency trends continue.

Tipping the gold price is never easy, but the factor doing the heavy lifting in gold today is currency.

With the rest of Australia edging towards recession, and the Reserve Bank toying with the idea of a cut in interest rates, the Australian dollar is more likely to fall than rise over the next 12 months.

A call of WA’s commodity card is when the forward-looking picture brightens further, because international demand for the state’s natural gas is strong and growing, thanks to an environmental push away from coal and oil. And then there’s the latest wonder-metal, lithium, which is responsible for a series of new mines and even more valuable processing plants.

Wrap this parcel of improving consumer sentiment, improving commodity prices, a falling dollar and the prospect of lower interest rates and it becomes easier to see that there is a disconnect between WA and the rest of the country.

Once you do that it becomes interesting to question why WA residential property prices continue to fall.

Perhaps the ongoing slide is a result of excess supply slowly being absorbed, or over-exuberance in the high-rise home unit market stuffing the market with a glut of unsold inner-city homes, or because banks are enforcing tougher lending rules.

Whatever the reason for residential property weakness, it is becoming possible to see a turn coming as the buoyant conditions in WA’s export sector flow through into higher wages and a rise in migration to the state, with more people a key to absorbing the property glut.

It’s not a boom, yet, but the seeds are being sown as supply disruption interferes with overseas rivals and China steadies its economy in its ongoing trade war with the US.

INTERNATIONAL expansion might be off the agenda for Wesfarmers’ hardware giant Bunnings after its British bruising, but internal growth is very much under way, and not just opening new stores.

The range of products being carried by Bunnings is expanding into new areas, with some parts of a big new store in the Sydney suburb of Smithfield taking on the appearance of an IKEA store as the range of products on offer moves deeper into non-hardware retail.

Macquarie Bank, in a report covering what its analysts saw at Smithfield, noted the drive by Bunnings to snatch a bigger share of the overall retail market by adding products such as home storage, outdoor soft furnishing and even rugs.

“The new Smithfield store is further evidence of Bunnings’ scope creep in its offer with Bunnings believing it has a $50 billion addressable market,” Macquarie said.

“We believe this will partially shield outcomes from a weak residential market.”

The bank could be right, and it rates Wesfarmers as a stock to buy. But some observers will remember that it was in trying to be all things to all customers that Bunnings got into problems with its acquisition of Homebase in Britain in 2016.