Spectrum snaps up historical gold mine in WA

Spectrum Metals has paid $200,000 to buy the historical First Hit gold mine, located 50km west of Menzies in the Goldfields region of WA. The mine was last worked in 2002 and the company has defined numerous walk-up drill targets for delineating more high grade mineralisation. Spectrum will raise $600,000 to underwrite exploration of its WA gold assets, by issuing shares to sophisticated investors at 0.4c per share. 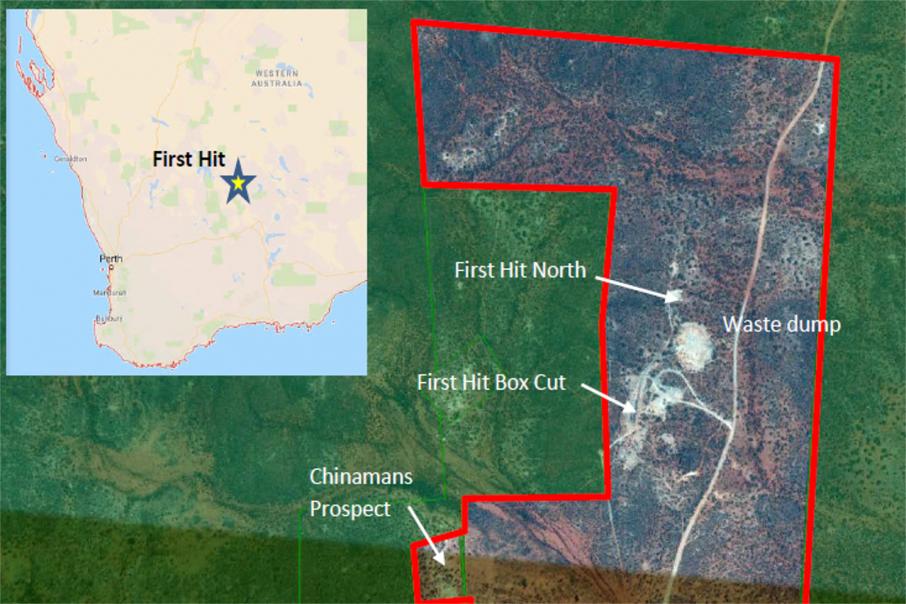 After a difficult foray into the USA that was thwarted when an out of control bush fire rampaged through its optioned up Washington gold mine, Spectrum Metals has pivoted towards a more traditional WA based gold development play.

The ASX listed junior has made good on its high-grade gold strategy in Western Australia by purchasing the First Hit gold mine, located 50km west of Menzies in the Goldfields region.

The company has acquired 100% of the historic and now mothballed, high-grade gold mine, including two granted mining leases, from the previous tenement holder in a deal costing $200,000 in cash and scrip.

Ore at the First Hit mine was extracted between September 2001 and December 2002 by then, private mining services contractor Barminco Ltd under an alliance with ASX listed Barra Resources.

A box cut at surface leads to underground mine access and stopes that are developed vertically over a height of about 150m, with the ore body plunging at a shallow angle southward on the main Evans lode.

Surface and underground drilling at the base of the existing workings shows that the gold mineralisation is open to the north, south and down-plunge, according to the company.

There is also an indication that a parallel footwall lode, the Evans FW lode, exists unexploited in the southern end of the main lode structure.

Spectrum says there are numerous other opportunities within the newly acquired tenement package for further discoveries of gold mineralisation too.

The last time the mine was worked and subsequently mothballed, the prevailing gold price was sitting around A$570 per ounce, about a third of what it is today.

Spectrum M.D. Paul Adams said: “The acquisition of the First Hit mine near Menzies is a great opportunity for Spectrum to get into an advanced stage project with significant existing infrastructure ...”

“The existing drilling and relatively easy access to the previously mined zones means that this is a development opportunity with immediate drill targets.”

Gold mineralisation at First Hit occurs as a silica-rich lode of varying thickness between 1 - 4 metres wide and lies within a north-northeast trending shear zone running through the property.

Higher-grade mineralisation is associated with a greenish quartz-sulphide lode that contains visible gold, within an altered and carbonated biotite schist host rock.

Spectrum management said the acquisition provides it with an immediate focus to develop a drill program targeting extensions of the high-grade mineralisation on the mining lease.

To help underwrite the exploration and development of its WA gold assets, the company will raise $600,000 by issuing 150 million shares to sophisticated investors at 0.4c per share.

Spectrum is evaluating a number of suitable gold projects that align with its new high-grade strategy, with the First Hit mine looking suspiciously like it may be an early cashflow opportunity if all goes according to plan.