Spectrum Metals has intersected further high-grade visible gold mineralisation from deep drilling at its Penny North discovery near Youanmi in WA. The company will now move the rig to complete exploratory drilling at the Magenta prospect, about 1.5km to the north. Spectrum is also compiling a maiden resource for Penny North, undertaking site-based environmental studies and preparing geophysical surveys to help rank existing gold targets. 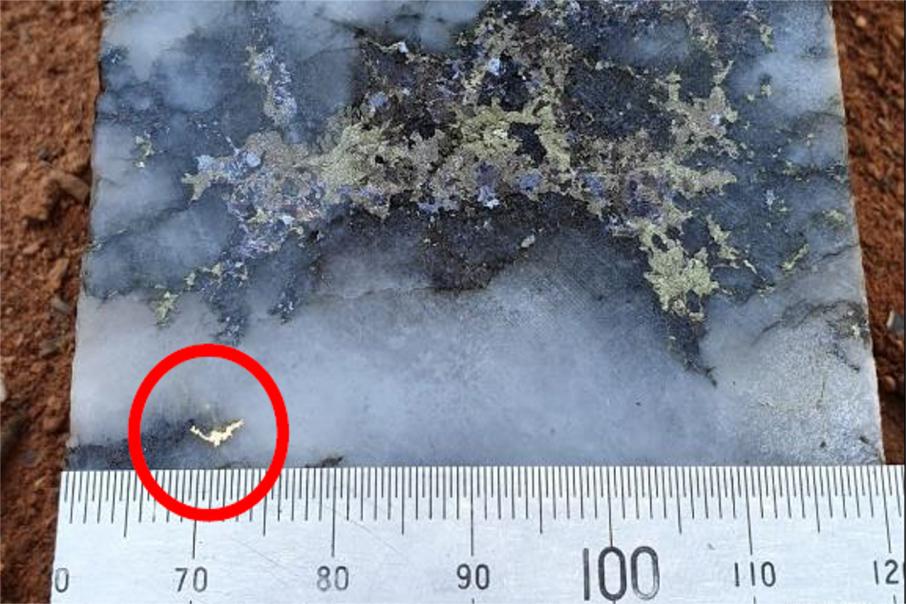 The hole is located 40m south of another hole that recently returned 6m @ 11.1g/t gold from 319m down-hole, including two metres at over an ounce to the tonne from 322m

Assays are still pending for the new drilling intersection.

The RC drill rig will now complete a small number of new holes at Penny North, before moving onto exploratory scout holes at the Magenta prospect, 1.5km to the north and along strike from the historical Penny West open-pit that was mined back in the early 1990s.

Magenta was initially targeted by Spectrum in March this year and the three first pass holes all returned encouraging intercepts of gold mineralisation beyond the envelope of historical drilling there.

In retrospect, Spectrum says that given the discovery of Penny North, these results from Magenta are considered very significant and worthy of follow-up drilling.

The company has planned 10 holes at Magenta, which aim to expand the identified gold mineralisation down-dip into the fresh rock, with a playbook that echoes its successful campaigns at Penny North and Penny West.

Importantly, Spectrum revealed that the Magenta gold zone looks like a mirror of the high-grade zones further to the south, with east-dipping, southerly plunging quartz-vein hosted ore shoots.

Spectrum is now steaming towards the estimation of a maiden JORC-compliant gold resource for the Penny North prospect, which is expected to add considerably to the current remnant resource of 230,000 tonnes grading 4.8g/t gold for 36,000 ounces at the project.

The company has also instigated environmental baseline studies for the broader project area, including Penny North, as part of the project’s development and to support later feasibility work.

In addition, Spectrum is planning to complete further geophysical surveys to rank numerous gold targets recently delineated by a sub-audio magnetics survey across the project.

The Penny West gold project is conveniently located on mining leases and the company could potentially truck any ore stream generated from those gold deposits to nearby processing facilities in the future.