Spectrum Metals’ ongoing drilling campaign at the Penny North gold discovery near Youanmi in WA continues to impress. The company has now extended the length of its high-grade ore shoot to 260 metres with exceptional new intersections like 3m @ 83.7g/t gold. Spectrum has also revealed more gold mineralisation from Penny South, beneath the historical Penny West pit, with 2m @ 17.1g/t gold from 182m down-hole. 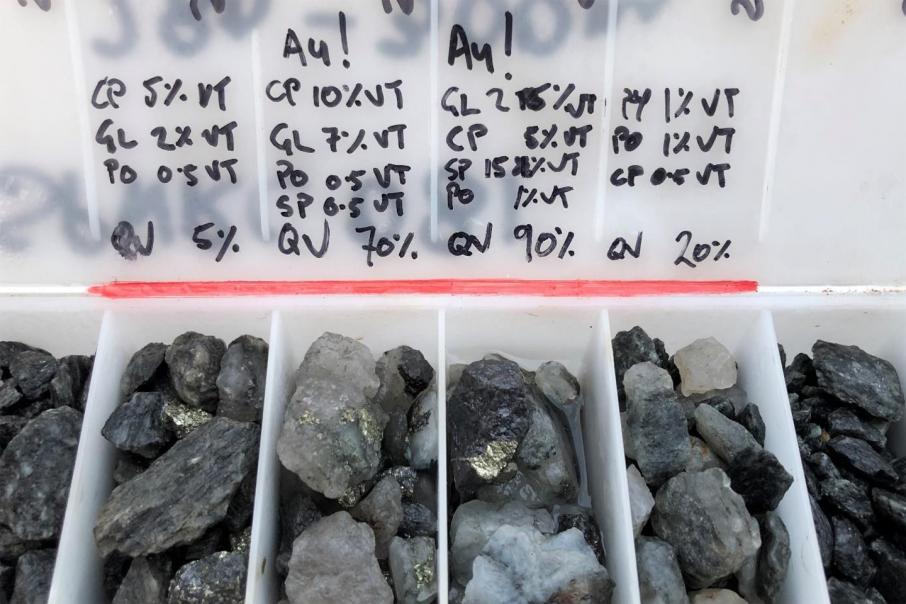 Spectrum Metals really appears to be onto something at its impressively high-grade Penny North project near Youanmi in Western Australia with the company this week announcing some cracking new results including 3 metres grading 83.7 grams per tonne gold from 289m down-hole, extending the high-grade shoot further to the south.

The mineralised ore shoot at Penny North has now been extended to an impressive 260m.

The company also revealed that two holes completed at Penny South – below the historical Penny West open-cut – have extended the gold mineralisation there at depth too, with 2m @ 17.1g/t gold from 182m down-hole and 5m @ 2.5g/t gold respectively, returned from that drilling.

Spectrum management said that it is also mobilising some diamond drill rigs to site now with the RC drilling campaign continuing to operate around the clock.

Managing Director Paul Adams said: “We are very pleased to see continuing high-grade down plunge gold mineralisation at Penny North. In addition, early drilling at Penny South suggests this location may represent a new target in the short term.”

Mr Adams added that the new results from Penny South are separate to the existing 5m @ 28.9g/t gold from 203m down-hole recorded from a previous Spectrum drill hole and may represent a separate hanging wall position to the defined main lode.

The company discovered the Penny North lode back in March and has continued to target the high-grade shoot position, which has now been defined over a southerly plunge length of at least 260m and is still open down plunge.

Importantly, the high-grade zone at Penny North appears to be more coherent than the actual Penny West mineralisation, that produced 85,000 ounces of gold grading an eye-watering 21.8g/t gold during the early 1990s.

Spectrum plans to accelerate its drilling program at Penny North, which should lead to an estimation of a maiden, JORC-compliant resource for the evolving ore system some time soon.

Perhaps inexplicably, it seems that previous miners may have missed the impressive Penny North lode that was hiding in plain site just 300m from the old Penny West open pit.

One thing appears certain, however, with RC and diamond rigs feverishly operating around the clock, Spectrum doesn’t intend to repeat the sins of miners past – the only question now is, just what is lurking out there.

A question that Spectrum will no doubt answer in the coming months.