Spectrum Metals’ Phase II drilling campaign at the Penny West project near Youanmi, WA, has returned further high-grade gold intersections, with mineralisation now defined over 650 metres of strike to a vertical depth of 230m. Preliminary metallurgical test work from the Penny North ores have been encouraging, with gold recoveries up to 99.2% and free-milling gold potentially amenable to a conventional processing circuit. 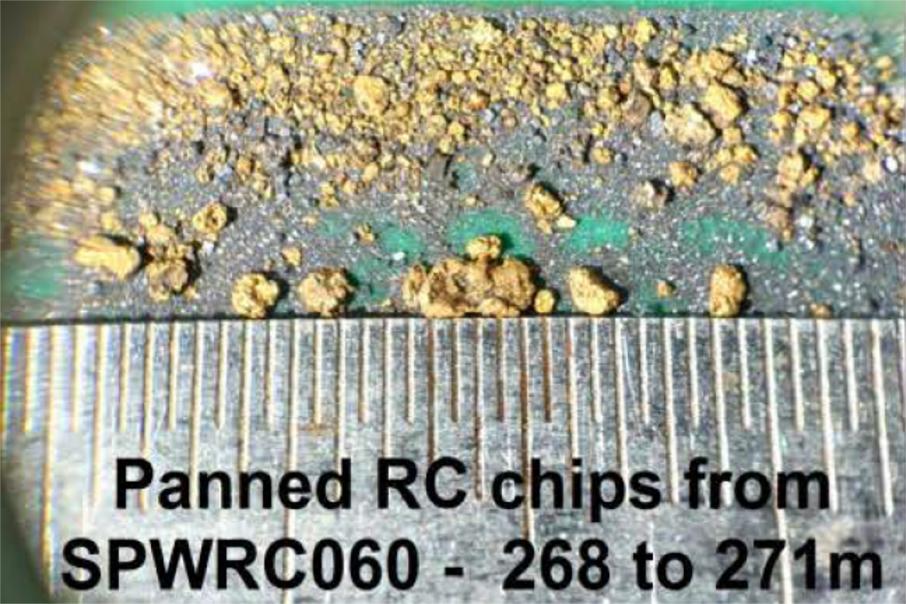 The current work is targeting mineralisation down-dip and down-plunge to the south at Penny North, which is a similar high-grade shoot direction to that beneath the historical Penny West open pit operation.

Assay results are currently pending for a further eight deep RC drill holes, with 11 further holes planned and not yet completed.

Abundant showings of coarse gold have been pan-concentrated from the program, which has allowed Spectrum to tweak its drilling program “on the fly” and design extensional holes as required, without the time delay of awaiting assay results from the laboratory.

The company said it was encouraged by the presence of the lead sulphide mineral “galena” present in the pan-concentrates, which was associated with gold mineralisation within the Penny West open cut.

To supplement this work, Spectrum has also completed sighter metallurgical test work investigations of the Penny North ores and determined exceptional recoveries of up to 99.2% from a conventional flowsheet design.

Up to 77% of the gold mineralisation was reported as being gravity recoverable in the preliminary studies.

While this is not unexpected and in-line with historical gold recoveries from the Penny West operation in the early 1990s, the results are very encouraging, with free-milling gold present and hence, the ores appear amenable to a conventional crush-grind-gravity-leach flowsheet design.

The gold system at the combined Penny West – Penny North deposits has now been defined over 650 metres of strike length, to a vertical depth of 230m and is open in all directions, according to management.

Given the numerous high-grade intercepts returned from the drilling at Penny North since its discovery in March, Spectrum could well be looking at a sizeable upgrade to this resource reasonably soon.