Spectrum acquires another historic gold mine in WA

Spectrum Metals has acquired the historic Penny West gold mine, located 30km south of the mothballed Youanmi operation in WA. The open pit mine was last worked in 1992 and produced over 85,000 ounces at a staggering grade of 21.8g/t gold. The deposit has a remaining resource of 230,000 tonnes grading 4.8g/t gold for 36,000 ounces, with significant exploration and development potential on two granted mining leases. 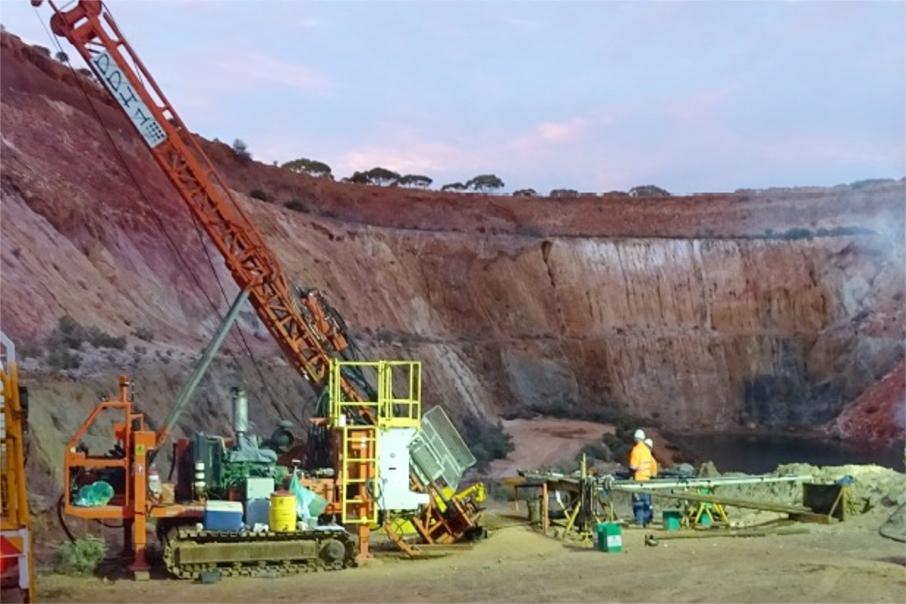 Aspiring gold developer Spectrum Metals has done it again, pulling off its second acquisition of a high grade historic gold mine in WA this month with a cash and scrip deal for the Penny West gold project 30km from the mothballed Youanmi operation.

The Penny West project lies on two adjacent, granted mining leases and produced 85,000 ounces of gold from open pit mining during 1991-92, at an eye-watering grade of 21.8 grams per tonne gold.

This makes the deposit one of the highest-grade open pit gold mines ever worked in WA, generating an impressive 1,000 ounces of gold per vertical metre mined.

The current JORC compliant mineral resource estimate of 230,000 tonnes grading 4.8g/t gold for 36,000 ounces, sits below the existing open pit, with nearly 78% of the gold contained within the confident “indicated” resource category.

According to Spectrum, the gold produced from Penny West was free-milling in nature, with exceptional metallurgical recoveries of about 95%.

The company acquired the project from two private vendors for a total consideration of $1m, including $50,000 in cash, with the balance via an issue of ordinary shares in Spectrum at a strike price of 5.5c.

The vendors are entitled to a 0.5% net smelter royalty on all gold recovered from the tenements after the first 7,500 ounces of production and Spectrum can elect to extinguish the royalty at any time by paying the vendors $750,000.

This second acquisition follows on from the company’s purchase of the First Hit gold mine near Menzies in the WA Goldfields earlier this month and is part of a larger play for Spectrum’s WA-focussed, high grade gold strategy.

In 2016, the previous owners of Penny West completed drilling which returned an intersection of 16 metres grading 19.9g/t gold in a position 40m below the base of the existing open pit and represents a potential mining target for Spectrum.

The Youanmi district is well-endowed with gold, producing an estimated 560,000 ounces of gold since the first discoveries there in 1901.

Penny West was a “blind” discovery in 1989-90 and originally defined through a surface geochemical sampling program.

The deposit area has a substantial drilling database, with nearly 39,000 metres completed in 1,275 drill holes to a maximum depth of 329m.

There is plenty of blue sky upside too, with the average hole depth at the property being only 45m and diamond drill holes averaging only 159m in depth.

Penny West is a typical WA Goldfields ore body with gold mineralised quartz-sulphide veining within a traceable shear zone and strikes for up to 250m.

According to Spectrum management, the deposit has nuggetty gold values ranging up to hundreds of grams per tonne and there are multiple high grade shoots for evaluation.

There are other prospects known within the tenements and the company will consider ground geophysics to detect and track the conductive sulphide mineralisation hosting the gold, similar to the high grade shoots at Penny West.

All in all, not a bad pick up for Spectrum who has stayed true to its word and will now utilise its considerable in-house expertise to extract the best value from its two new WA high grade gold acquisitions over the coming period.