School leaders can no longer view social media as an add-on, but rather embrace it as a must-have. 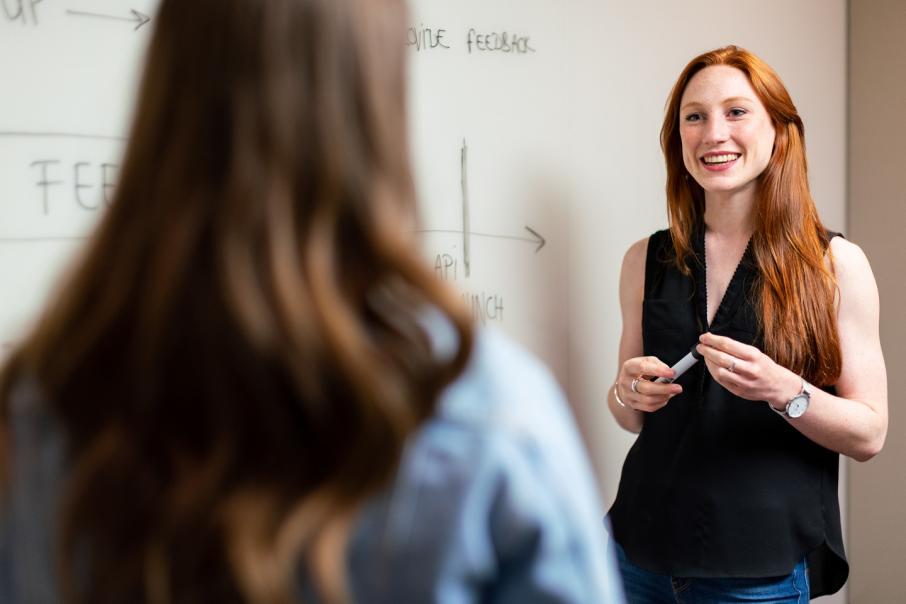 Some school leaders are hesitant to engage with social media. Photo: ThisisEngineering RAEng

School leaders can no longer view social media as an add-on, but rather embrace it as a must-have.

Social media has upended the operating models of industries ranging from entertainment to retail, hospitality and tourism, during the past two decades.

Despite the rise and influence of social media, many school leaders have remained on the sidelines by preferring to establish a Facebook, Twitter or LinkedIn account in their school’s name, rather than their own.

Some have established personal social media accounts that steer clear of any mention of their profession.

Others have set up professional social media accounts in their own names but remained inactive. Just scroll through LinkedIn, for example, and you will find hundreds of school leaders who have accounts but no presence.

In the broader leadership arena, school leaders are far from orphans in terms of their reluctance to use social media, beyond supporting their institution’s page.

There are many experts, however, who lament the limited social media activity of senior leaders from across industries. They argue for increased engagement, and suggest those leaders are forgoing a multitude of benefits that would otherwise flow to their institutions and organisations.

The hesitancy of many school leaders to put themselves into the spotlight of social media is understandable.

The burden of extra work and competing priorities compounds a fear of legal issues and the risk of public embarrassment or conflict. There is also often a deep-seated preference to interact with others face-to-face, rather than keyboard-to-keyboard.

Those drawbacks might make many school leaders feel daunted, rather than dazzled, by the opportunities presented by social media.

Despite the drawbacks, there is a growing band of school leaders who recognise a social [media] approach to leadership is no longer just nice to have, but an essential differentiator and reputational must.

Principals, deputy principals and school administrators form an integral part of their school’s social media fabric, and can help to humanise their school’s brand.

As they personally engage with social media, they come to understand and experience for themselves how their stakeholders interact with their school. They also gain unfiltered insights into what those stakeholders are thinking.

There are opportunities to strengthen the reputation of schools by building better connections with parents, teachers, community members and local businesses. Such opportunities include delivering information on student and staff achievements, and providing details of upcoming events on the platforms used by the school’s stakeholders on a routine basis.

Telling personal career-related stories, sharing advice and engaging with others via social media can be powerful in advancing a school’s brand.

And using social media to show gratitude is becoming increasingly popular with many school leaders, who use these platforms as a vehicle to express thanks to volunteers, community leaders and others.

Social media is not simply a public relations tool for school leaders.

It provides an opportunity for school leaders to advance their own professional networks beyond the boundaries of their immediate community.

Such networks can facilitate their professional development alongside that of the teaching staff, and provide much-needed insight into emerging innovations and programs within the teaching and learning sphere.

There is also the potential for school leaders to establish themselves as influencers or thought leaders in the education space.

Meanwhile, talented teachers are viewing school leaders on social media as part of their reconnaissance and due diligence when considering a new teaching post. In that sense, social media can end up becoming a powerful recruitment tool for school leaders.

Experts suggest a few basic steps for those school leaders who want to develop a social media presence.

To be effective, school leaders must establish goals. Setting some time aside to observe how other tech-savvy school leaders use social media effectively is also recommended.

It is essential to select the right social media channel or channels, where the conversations that count occur. Managing multiple social media accounts can be extremely time consuming, and spreading yourself too thinly over too many channels will rarely deliver the same result as a concentrated effort over one or two platforms.

Many of the risks so often associated with using social media can be mitigated through a commonsense approach, such as resisting the temptation to overshare by posting political musings, pictures of newly acquired luxury cars, or family shots.

Some school leaders will continue to argue there are enough websites, brochures and videos to highlight aspirations, programs and achievements, rendering social media a waste of time.

But remember, if you are not on social media to tell your school’s story, someone else will.

Developing a social media presence and a following not only requires persistence, but a fundamental gearshift in thinking.

School leaders must keep in mind that, to be successful, they will need to see social media as part of their job and not simply an add-on through which they engage when they have 30 minutes of downtime.

The bottom line is that only those school leaders who adopt a thoughtful, targeted, and planned approach will be able to realise the full and positive potential of social media.