Change is sweeping through front bars and suburban watering holes across the city, with publicans of some of the city’s most recognisable pubs spending up big in efforts to stay relevant in Perth’s rapidly diversifying hospitality sector. 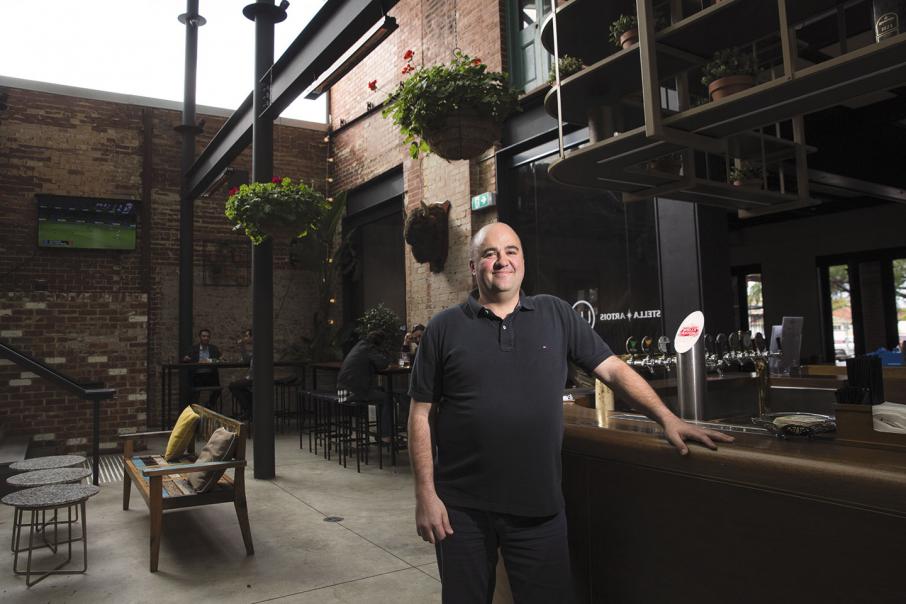 Change is sweeping through front bars and suburban watering holes across the city, with publicans of some of the city’s most recognisable pubs spending up big in efforts to stay relevant in Perth’s rapidly diversifying hospitality sector.

Since the state government introduced small bar licences in 2007, the number of licensed premises in Western Australia has grown from 4,139 to 4,800 (as of June 30 last year).

There were also 242 more licensed restaurants in WA in 2016 than in 2007, with these figures clear indications of just how competitive the hospitality sector has gotten.

Against that backdrop, publicans across the city have realised the need to upgrade their premises, with punters having more choice than ever to spend their hard-earned on a night out.

Prominent pubs to have undertaken multi-million dollar makeovers in recent years include the Subiaco Hotel, the Cottesloe Beach Hotel and Fremantle’s Newport Hotel, while the owners of the historic Brass Monkey Hotel in Northbridge recently spend hundreds of thousands of dollars repositioning the pub’s Grapeskin restaurant as Patriots Sports Bar.

In 2015, Wembley Hotel co-owner Kane Mansfield said it became apparent that his federation and art deco-style pub was in need of a revamp, setting the wheels in motion on an upgrade that cost around $2 million. 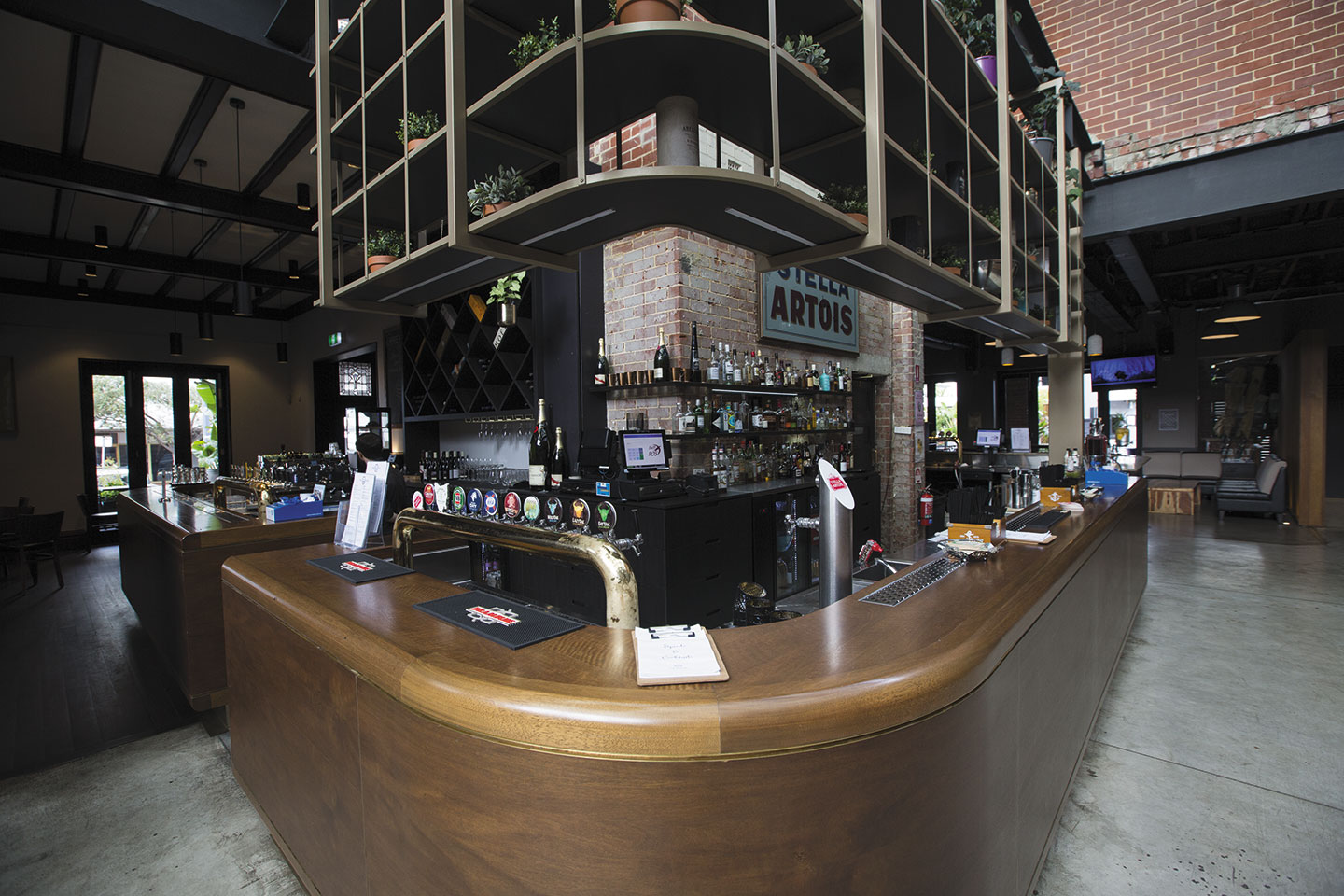 A modern new bar was installed at The Wembley to cater for a revamped beverage offering.

Mr Mansfield said the works, which were completed in August last year, comprised a complete refit of the pub’s ground floor, the creation of an atrium to link the hotel’s former front bar to its restaurant, as well as new bars, fixtures and fittings.

“Because we have such a big place and we’re paying such high rents compared to the small bars, we have much bigger overheads, so it was always about making the pub more usable.

“It’s the same size as before, we didn’t create any new space, but it’s more usable now. There are plenty of zones for people to enjoy.”

The changes, Mr Mansfield’s co-owner Sharon Kennedy said, were also not purely physical, with a significant evolution occurring in what products were being sold over the bar, particularly in regards to craft beer.

“Consumers are much savvier than ever; they want good quality food and drink, so you do have to change to meet the standards, which are evolving,” Ms Kennedy told Business News.

“We love food and wine and hospitality ourslves, so we’re always looking around and trying to find what works and what doesn’t work.

“You’ve got to be willing to take a bit of a chance and try different things, and if they don’t work go another way.”

Major change has also been a feature in recent years across the portfolio of one of Perth’s larger pub ownership groups, FJM Property. 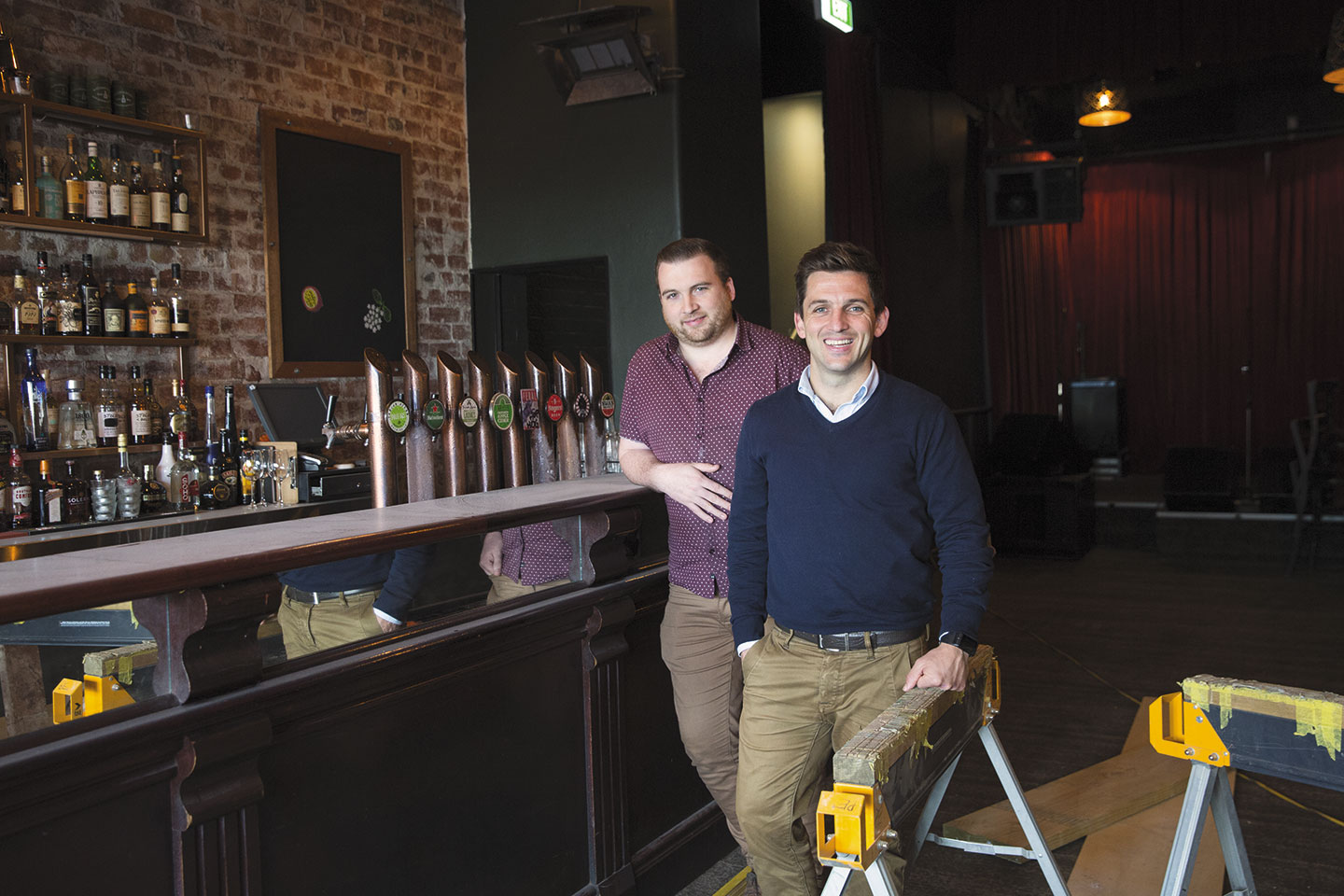 And similar to Mr Mansfield and Ms Kennedy’s experience at The Wembley, Mr Jeavons said a key focus of a major refit of the group’s Leederville Hotel was to ensure it had something to offer a wide range of demographics.

“The Leederville is a perfect example, where it was a really large space that we’ve broken into four different venues that all have their own identity,” Mr Jeavons told Business News.

“We created a point of difference in each of them that anyone in the public, whether they are 16 or 70, would be happy to attend one of them.

“It gives that diversification that is critical, but it hasn’t lost the fact that it’s the Leederville Hotel, which has an interesting fabric and history to it.”

Mr Jeavons said a similar philosophy was applied at The Rosemount in North Perth, while there had also been several minor upgrades at FJM Property’s flagship asset, the State Buildings in the CBD despite opening just 18 months ago. 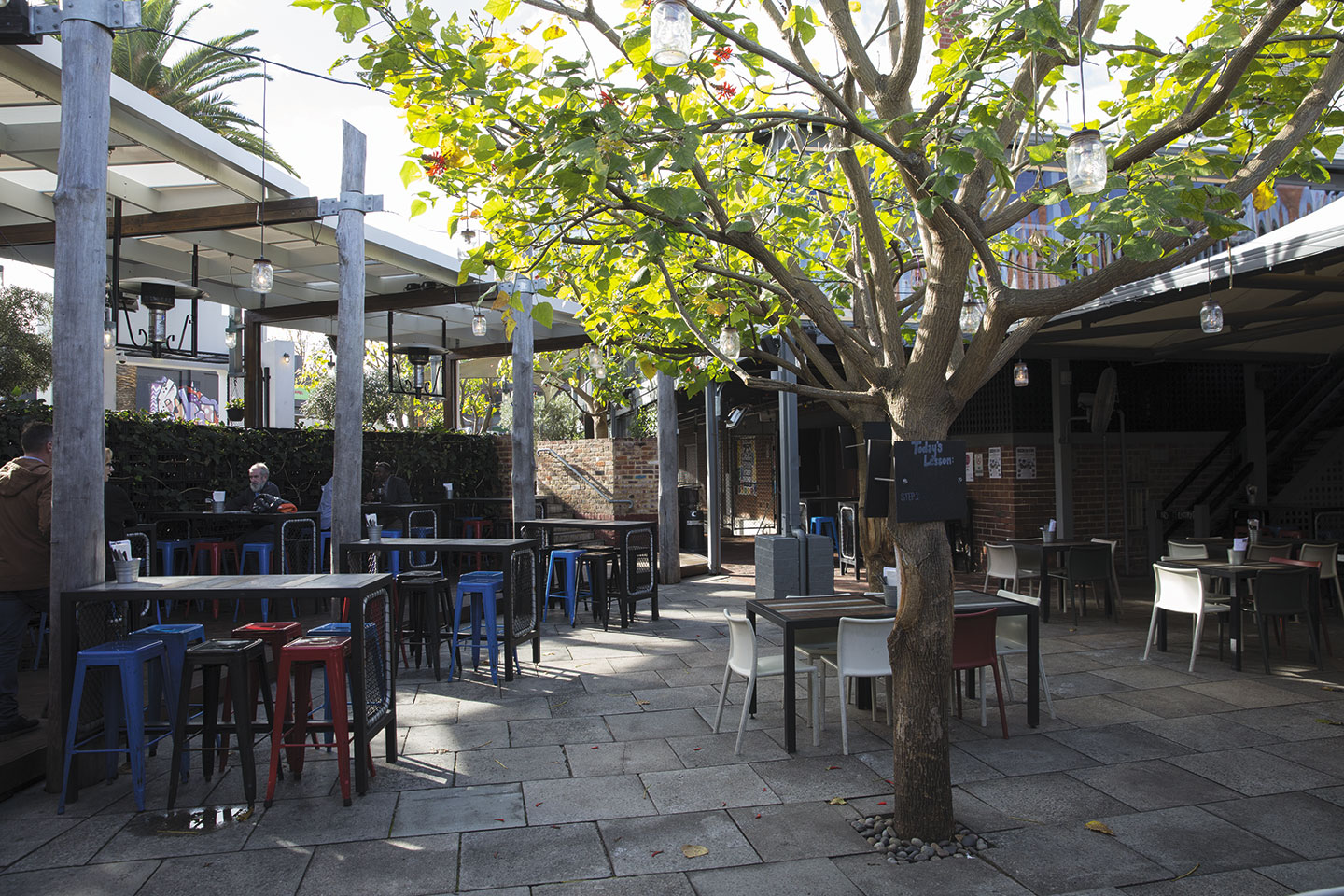 The Rosemount’s backyard was the most recent aspect of the pub to be upgraded.

“If you stand still, other people are changing things at a rapid rate and they can go ahead of you, so we need to stay ahead of the competition as best we can,” he said.

“But it’s exciting for the city, because every time something new appears, we need to make sure there are adjustments we can make to stay relevant.

“The reality is, it’s like any business, if someone else is working harder and doing a better job, they’ll take market share.

“Our view of hospitality is we think that competition is great, because it brings more people out more often, as opposed to the opposite; so from that aspect, when there are good competitors coming into the market, we enjoy and appreciate it.” 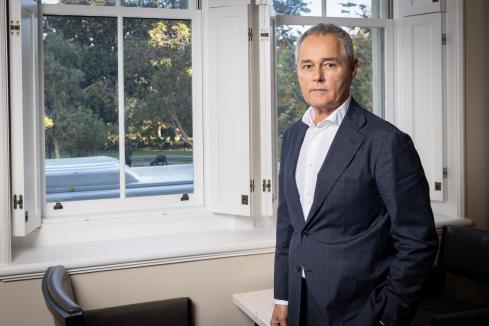 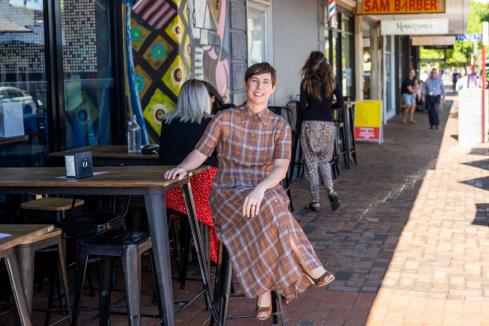 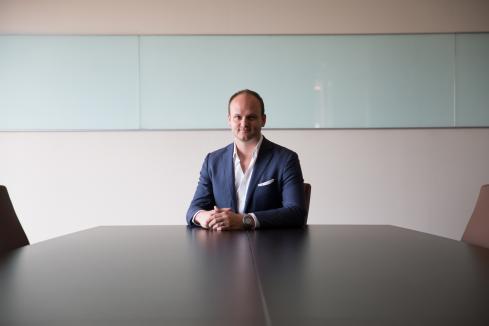 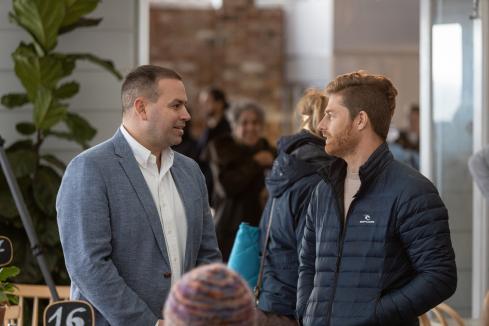 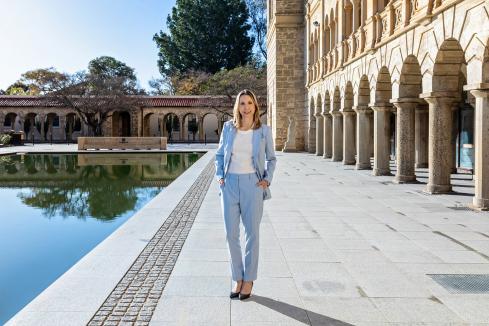 A city of neighbourhoods: Sandy Anghie 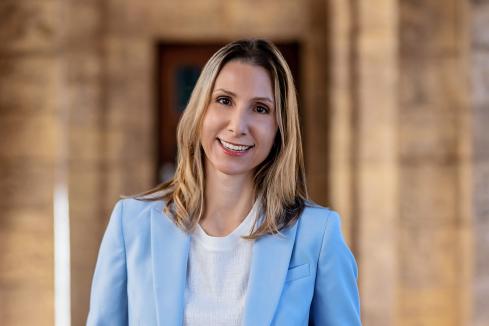