There has been some notable progress for women in law, but they have come off a low base. 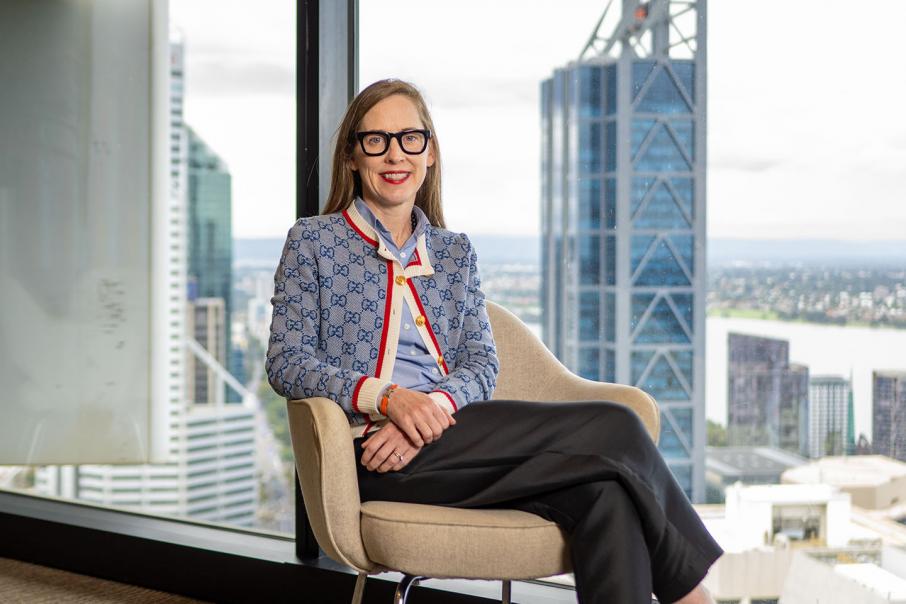 Julie Bishop is well known for her achievements in politics. Less well known is her history as a ground breaker in law.

In 1994, Ms Bishop was made managing partner at the Perth office of law firm Clayton Utz, an appointment considered the first of its kind for a woman at a major law firm in Australia.

Getting there wasn’t easy. Her first role after graduating from law school was with Adelaide firm Wallmans.

Ms Bishop was the first female the firm had accepted as an articled clerk, yet just weeks after joining she was famously asked to carry the drinks tray at a client function.

She didn’t stay at Wallmans for long after that incident.

How far has the industry come since 1994?

Judging by the numbers, not very, according to a survey of law firms listed in Business News’s Data & Insights.

Of the 50 largest firms in Perth, only six have a female managing partner (or equivalent).

Among the larger firms, this group includes Elizabeth Tylich at Jackson McDonald and Kirsty Sutherland at Corrs Chambers Westgarth.

It also includes HopgoodGanim Lawyers, where Robyn Ferguson has been partner-in-charge since 2014.

HopgoodGanim’s Perth office is something of a rarity in the industry: half of its eight partners are women.

Ms Ferguson also shared some national statistics that reflect where the industry as a whole is at.

Women comprise 54 per cent of HopgoodGanim’s fee-earning staff, but just 29 per cent of partners and only 20 per cent of equity partners.

The women who run law firms in Perth say the industry has come a long way and will get better.

Reflecting on her start in the industry, Ms Macknay said the two women went back a long way.

“I did my final clerkship at what was then Freehill Hollingdale & Page, and I was lucky enough to be put in the disputes team and my ‘buddy’ was none other than Rebecca,” she said.

“I quickly decided Freehills was a really good fit for me, both in terms of the kind of work it does but also the level of support.

“From that very early stage, it was very clear the support was there for people at all levels, no matter what your background or gender.”

Ms Macknay’s move to office managing partner was a logical progression, after leading the disputes team and working closely with her predecessor, Tony Joyner, and other section heads.

“I’ve really enjoyed the bolt-on of having a management role in addition to my practice,” she said.

Ms Macknay said the managing partner role was a new challenge for her career and provided an opportunity to influence the firm and assist others.

She added that she would bring a strong knowledge of the firm’s national and regional networks.

“I’ve done a lot of work across the Australia-Asia corridor and I know particularly the Hong Kong, Singapore and Tokyo offices pretty well, and from a Perth perspective that’s very important.” 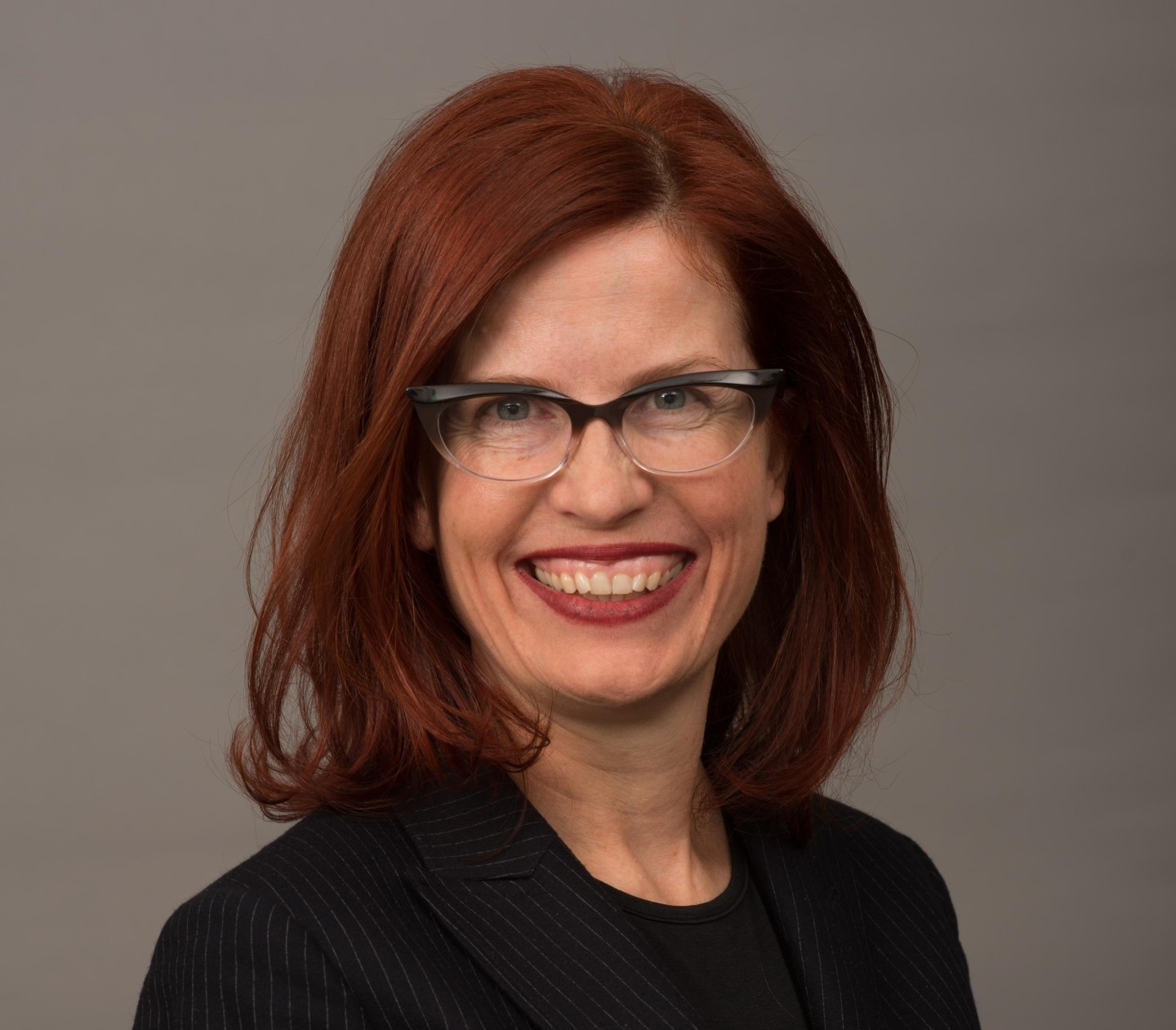 When she moved to Sydney and started working in mergers and acquisitions, there were already three prominent female corporate partners.

“It was perfectly normal to be successful,” she said.

“Once you get that across your whole organisation, it means people don’t hang back from putting themselves forward for leadership positions.

“If you have a role and there are no females on the short list, people are going to say ‘Hang on a minute, why aren’t there? Surely among all our talent there should be’.”

Ms Maslen-Stannage said HSF was also focused on cultural diversity across the business.

Ms Maslen-Stannage acknowledged the problems faced by women in the sector.

“Historically, there has certainly been an issue,” she said.

“We’ve put enormous work, for decades now, into addressing that.

“We were doing unconscious bias training 20 years ago.

“We’ve kept a real focus on targets to get our female partner numbers up, but also in leadership roles.”

HSF’s target is for women to comprise 35 per cent of all partners.

It is currently just short of 30 per cent nationally, while Perth is a little lower.

Similarly, new partner promotions included an assessment of what the individual would do to support diversity.

“That was a great signal,” she said.

“If Freshfields does that, there is no reason HSF would not.”

Similarly, she hopes her election will encourage others.

Ms Maslen-Stannage’s path to being global chair started a decade ago when she was an in-house deal lawyer for the merger between Freehills and UK firm Herbert Smith.

“It gave me a lot of exposure to people around the firm and I really got very interested in the international nature of the firm,” she said.

She expanded her knowledge by being a member of HSF’s global council.

Ms Maslen-Stannage plans to combine the new role with her M&A work.

“I just love doing deals, it’s something that really energises me,” she said.

“I’ll be pretty busy, but I always have been so that’s okay.”

The election process included submitting a written statement and video explaining her plans for the role and vision for the firm.

For starters, she believes the merger has gone well, with the two firms having complementary strengths and geographic footprints.

“They brought a great international platform, and we were the missing piece of the puzzle,” Ms Maslen-Stannage said.

“We think it has gone very well.

“A really important factor was that it was a true merger.

“We are truly a single firm and that’s been very good for us.”

She said HSF was aiming to take advantage of the disruption caused by COVID-19 and other events.

“The world is different from how it has been in the past; there has been some disruption and there is going to be more,” Ms Maslen-Stannage told Business News.

“We want to be a firm that really benefits from that, by looking at how we do things differently, how we connect better.

“We want to integrate digital technology more and integrate that with our practice, that’s one key theme that TJ [Tony Joyner] has been quite instrumental in driving for us and will continue to be.”

Her goal was for HSF to gain more benefits from its international network.

Corrs’ partner-in-charge, Kirsty Sutherland, is another lawyer who has benefited from admirable role models.

“Right from the beginning I had very strong female role models even though it was the ’90s and you hear all sorts of things about what was happening in law firms, it was a very different experience at Corrs,” Ms Sutherland said.

Her supervising partner was Carmel McLure, who was head of the firm’s litigation practice and went on to become president of the Court of Appeal in 2009; the first woman to hold that position.

Ms Sutherland’s career included five years in Melbourne, where she was promoted to partner.

“The fact I came back to Perth as a partner was helpful because it was around the time Corrs became a fully-integrated national firm,” she said.

She also had a stint on the firm’s national board, around the time global firms descended on the Australian market.

Corrs was one of just a few big national firms that chose to stay independent.

“It was a very deliberate decision at the time,” she said.

“That has played out very well for us.”

Ms Sutherland took six months’ maternity leave after the birth of her two children and has worked flexibly ever since.

This has included working from home, and mostly working 80 per cent full-time equivalent.

“To be honest, I’ve never seen it as an impediment,” she said.

“I perhaps didn’t appreciate how much support there was when I had my children, because it still was pretty rare for an equity partner to be working anything other than full time and full on.”

“We weren’t particularly evolved in terms of having systems and structures to support me but there was certainly no inhibitor to me doing it.

“We’ve got much better at providing the systems and structures so that is achievable for everybody and not just someone like me who was already an equity partner and had been with the firm for a long time and had a high level of support.”

Ms Sutherland said Corrs had a range of programs and policies specifically to assist women, but she suspected the biggest impact came from policies designed to assist the business generally.

These include a move away from short-term, quantitative targets.

“As an example of that, there is no longer a focus on daily billable hours,” Ms Sutherland told Business News

“The focus, instead, is what you are expected to do over the course of the year; when you do that and where you do that is up to you.

“That was incredibly liberating, especially for those trying to work flexibly.”

An increase in annual leave to five weeks per year, for all staff across the firm, also afforded more flexibility.

Ms Sutherland believes women working flexibly were also aided by a shift towards collaboration, for instance where people are rewarded for introducing work to others in the firm.

“As a top-tier national law firm, you still need to work hard, there’s no way of avoiding that, but its giving people more control over what that looks like,” she said. 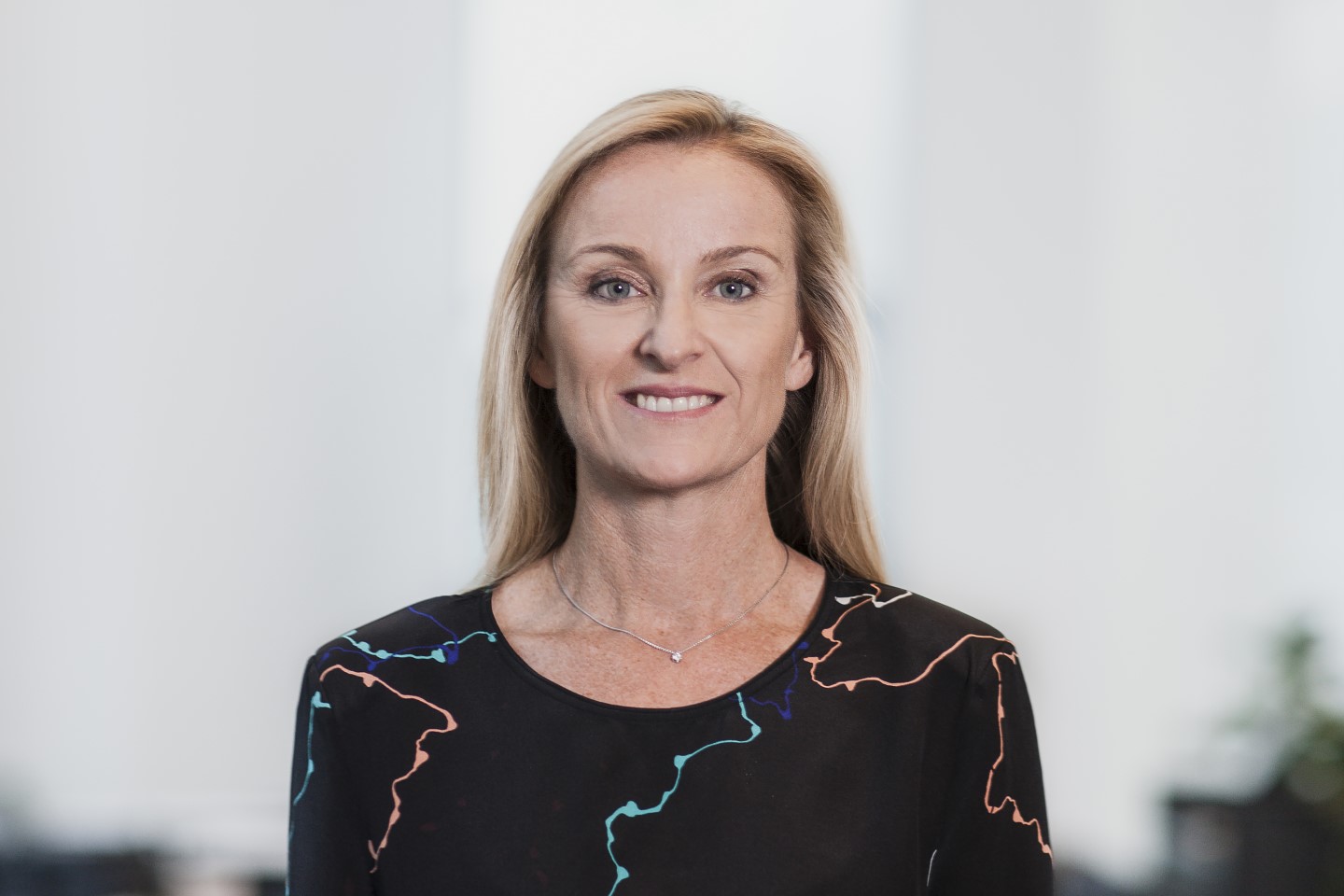 HopgoodGanim’s Robyn Ferguson is another successful lawyer who has combined maternity leave and flexible work with her career.

“I have had great mentors and support, both male and female,” Ms Ferguson said.

“It’s been a really positive experience for me.

“I know that others have had some difficulties; I look to support people around me.”

Ms Ferguson told Business News the firm was aiming to help people at all stages of their career.

“We need to support people right from grad level and into senior roles and leadership roles,” she said.

”One of the big parts of that is making sure there is a clear path for flexible working if you want to have children.”

Some of the specific initiatives adopted by HopgoodGanim includes capacity to work part time, compressed hours, and job sharing.

It supports women engaged in legal networks and awards programs.

The firm has a policy where all employees are eligible for promotion while on parental leave.

In addition, periods of leave count towards years of service, and a paid parental bonus and budget relief are offered for those returning from parental leave.

Beyond the formal programs and policies, Ms Ferguson said attitudes were critical.

“Ultimately what cuts through, I think, are leaders, male and female, walking the walk and showing that parental leave, and parental care responsibilities, are not negatively impactful on progression,” she said.

“Ensuring that actual mindsets match the policies that promote women is the key.”