Our list of seven reasons why WA will continue to be at the forefront of development of traditional fuels. 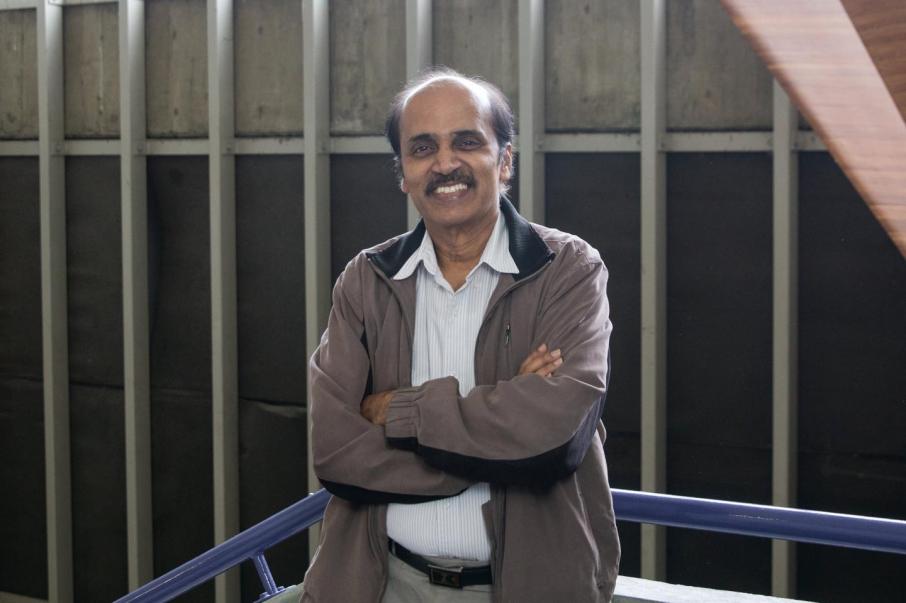 Almost half of the growth in the world’s energy demand in 2018 was fuelled by gas, according to the International Energy Agency. Consumption of coal, oil and nuclear power rose too. WA has both enormous commodity reserves and a workforce with the smarts to unlock these resources.

Kwinana will be home to a $40 million small-scale LNG plant designed to accelerate adoption of research across the energy industry.

Chevron, Shell, Hyundai Heavy Industries, National Energy Resources Australia and the University of Western Australia are among the organisations backing the Kwinana plant, which received $10 million in funding from the state government in early April.

UWA Chevron chair in gas process engineering Eric May told Business News it would be a world-first facility for the industry.

“(The) function is not to make LNG specifically, but rather be there as national infrastructure for industrial-scale research and development and demonstrating new technology,” Professor
May said.

“The oil and gas sector has quite a long time (lag) for new technology to get adopted because the scale of the industry is so large that the risk associated with anything new is very big.

“This is a barrier to innovative small companies and even larger ones.”

Trialling ideas to increase throughput at plants was one example of potential uses.

“No one wants to test with a large plant, (but) with a small one … if it doesn’t actually work that’s fine,” he said.

A second area of interest would be preventing freezing in processing plants.

“We’ve been looking a lot at stopping LNG plants from having heart attacks,” Professor May said.

“These are big refrigerators; the gas has come from a natural source and its full of impurities … it can freeze out and cause blockages.”

An additional benefit was that it would help educate and train the LNG workforce on a live plant.

Professor May said the university was also working with a wider consortium to bid for a Future Energy Exports Cooperative Research Centre.

A federal funding decision on that is expected later this year.

An important but often overlooked strength for WA and Australia is its political stability.

That is one reason why the state has continued to attract a high level of resources investment, even as costs go up.

Western Australia ranked third of 83 regions in the world in the Fraser Institute’s 2018 survey of mining jurisdictions. 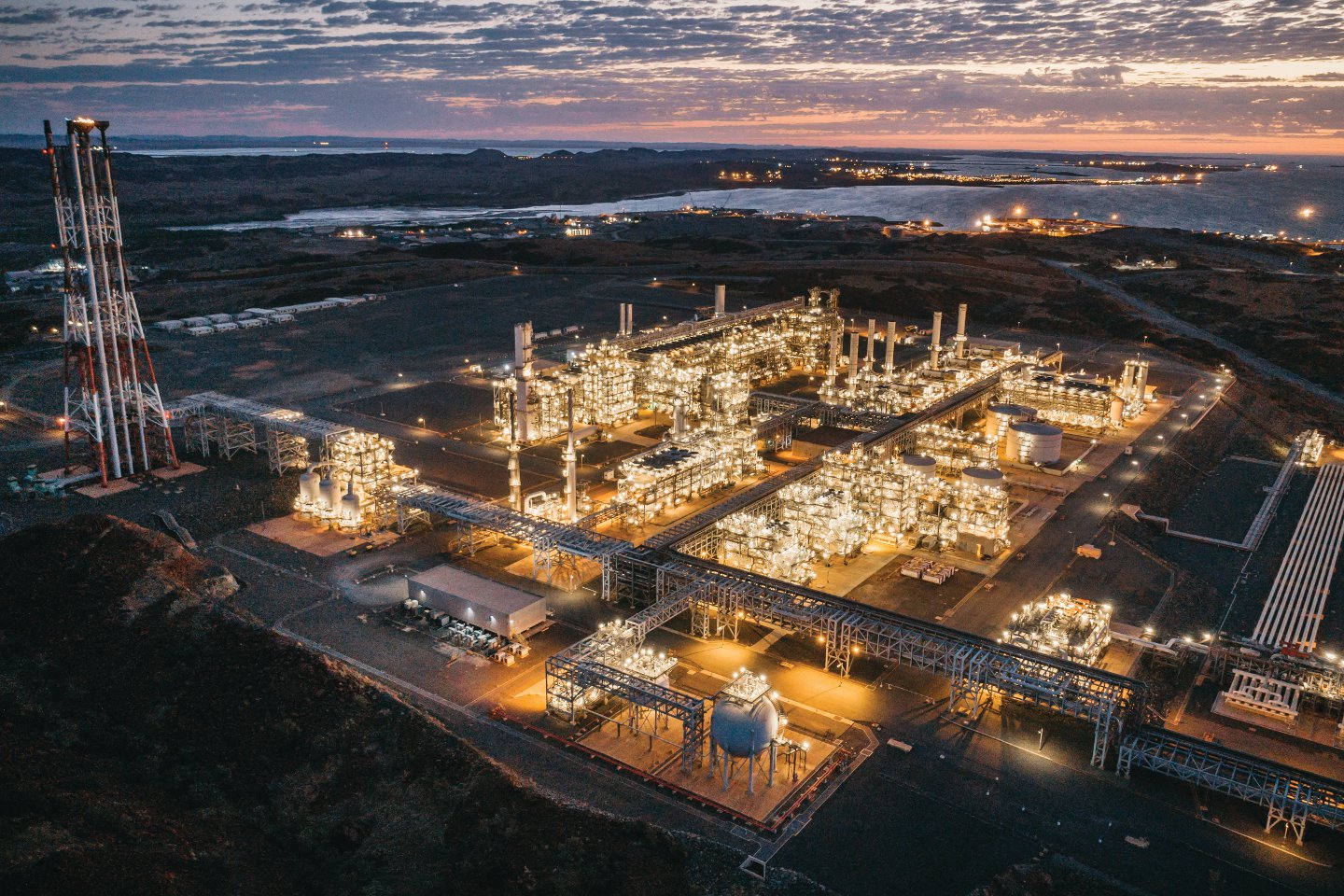 Two big gas fields off Western Australia’s coast have remained untapped for decades because of their remoteness, Scarborough and Browse.

But in a testament to WA entrepreneurship, both could be unlocked by Woodside Petroleum in the next decade, with the two projects worth a combined $35 billion.

In the case of Browse, gas will be piped 900 kilometres from north of Broome to be processed at the existing North West Shelf facility near Karratha, filling an
expected capacity gap.

For Scarborough, there’s engineering work under way, with a multi-user pipeline across the Carnarvon Basin planned.

Gas would be liquefied at an expanded Pluto plant
(photo), also near Karratha.

Between the two plants, production would be roughly
25 million tonnes per annum, more than Nigeria’s total output in 2017.

In addition to the economic impact of the investment, there’s research work being undertaken about the most effective way to construct such a massive pipe.

The Centre for Long Subsea Tiebacks at the University of Western Australia was launched late last year, with
Chevron and Woodside as partners.

The centre is intended to improve understanding of hostile deep sea conditions and support the economic feasibility of remote offshore production.

Western Australia has never exported uranium, although the state has about 226,000 tonnes of known uranium deposits.

Nuclear-powered electricity production grew by 3.3 per cent in 2018, mainly as a result of new capacity in China and the restart of four reactors in Japan, according to the International Energy Agency.

Government policy has been restrictive about uranium production, although the four projects which have been given approval will be allowed to proceed, if prices permit. 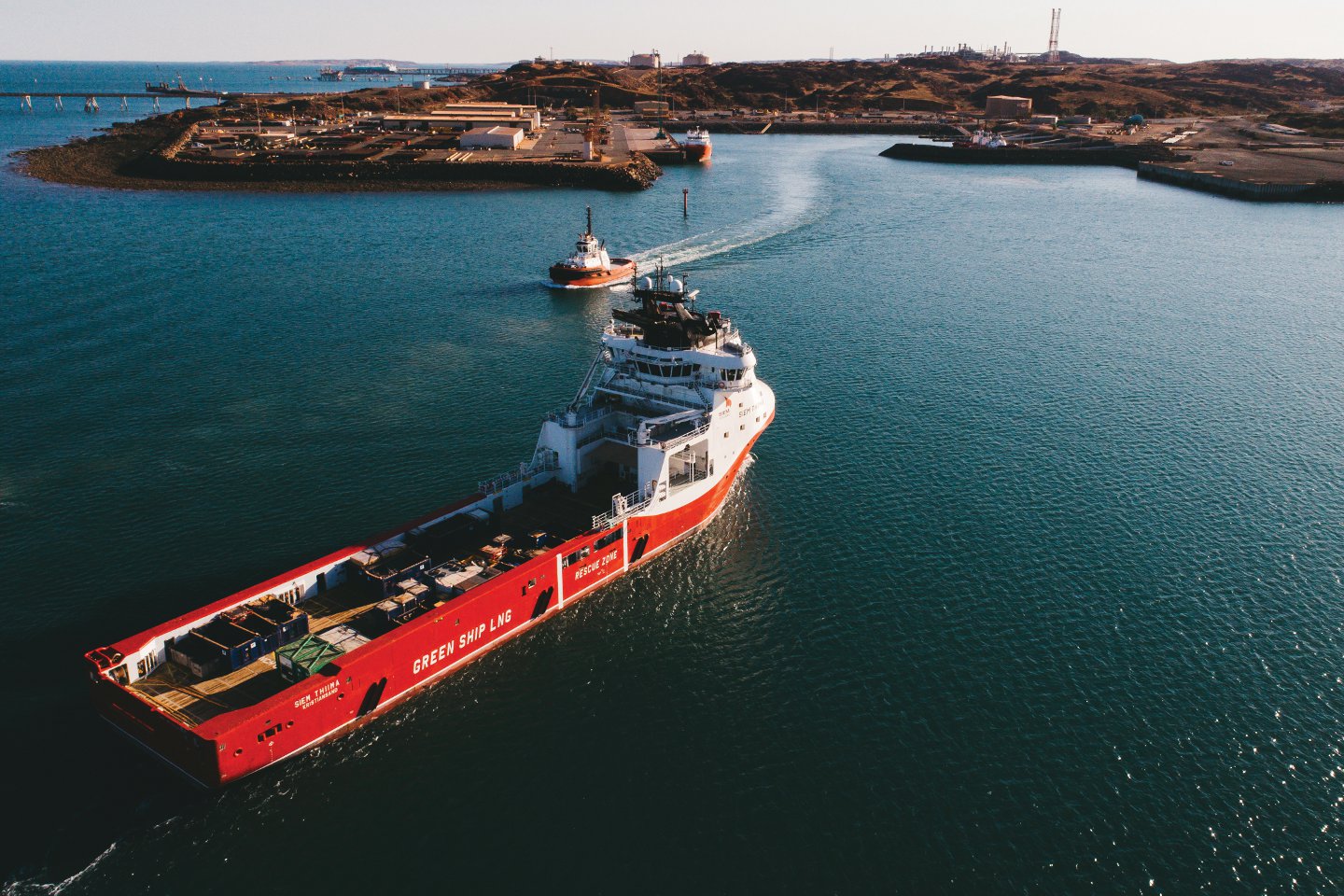 Perth’s LNG Marine Fuel Institute is taking the lead on advocating for the use of LNG in shipping, as international regulators tighten emissions standards.

One Chinese study found that 24,000 premature deaths in East Asia annually could be linked to air pollution from ships, according to the institute.

About 80 ports around the world are building capacity to fuel LNG-powered ships.

Western Australia has 70 trillion cubic feet of conventional gas reserves, according to the Department of Jobs, Tourism, Science and Innovation.

There’s a further 270tcf of onshore shale and tight gas which may be economical to extract in future.

To put that in context, the Browse project contains about 14tcf.

At Curtin University’s Fuel and Energy Technology Institute, work is under way on improving solar collectors and biomass generators.

There’s also research to improve the efficiency of coal, with a team led by associate professor Hari Vuthaluru (photo) winning a $1.1 million grant from an Indian utility last year.

A large number of India’s coal plants are ‘subcritical’, meaning less than 35 per cent of the energy they produce becomes electricity.

The Curtin team will sharpen up the efficiency of coal boilers to get the best energy output out of the rock, and the lowest emissions, catering to different coal chemistries.

“We’ve built a comprehensive model and trained people in India with that model.

“(We’ve) identified some hotspots and why they’re occurring in a real plant, we’re trying to see how best we can control those problems.

“That’s one way to actually improve the efficiency, there might be some areas where heat is not getting utilised properly for the generation of steam.”

He said the next step for the project would be lab testing Indian coal to use in model parameters for predicting issues like ash deposition.