Serrano cuts through the doubt

40under40: Buying the rights to a failed product doesn’t sound like a great business plan, but for Ed Serrano it was the catalyst for starting his own manufacturing enterprise. 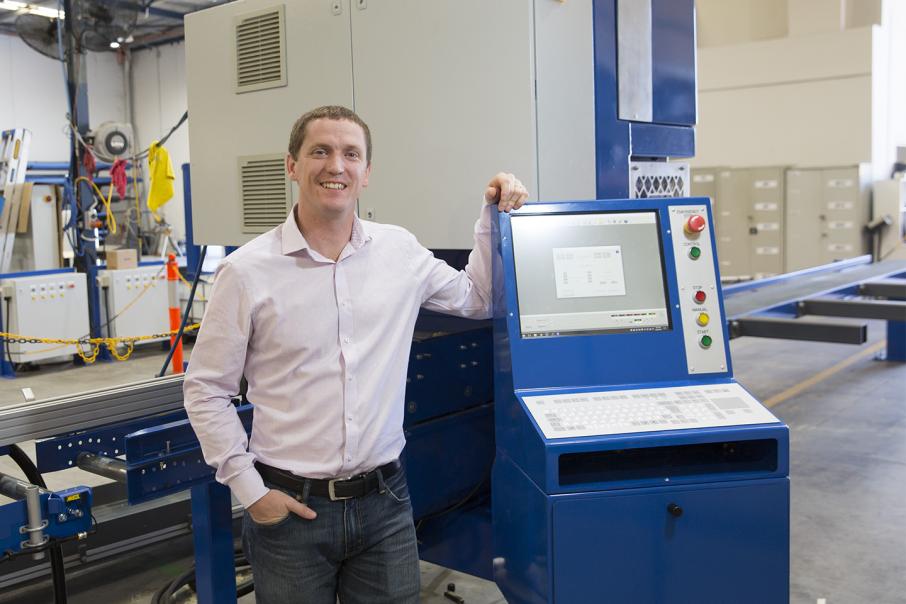 Buying the rights to a failed product doesn’t sound like a great business plan, but for Ed Serrano it was the catalyst for starting his own manufacturing enterprise.

Ed Serrano admits that, if he had known how to do a risk analysis when he started Vekta Automation in 2009, the business would probably not exist.

The Razer Linear Saw, a specialised cutting tool for the construction industry, had a poor commercial reputation when Mr Serrano bought the intellectual property, but he was confident he could turn things around.

Less than a decade later that confidence has paid off, with Vekta Automation now a leading manufacturer of linear saws servicing the truss and frame industry across Australia and New Zealand, with a foothold in North America, and plans to enter the European market by 2020.

“I’ve always enjoyed a challenge and having a go at something that people said couldn’t be done,” Mr Serrano told Business News.

“Ever since I was a kid I knew what I wanted to be – I liked the idea of knowing everything about a particular machine, all the elements and systems that had to work together.

“I was an engineer for the company originally behind the product and when it wasn’t making money they decided to can the entire project.

“I had a really good idea as to why it was failing but they knew me as a graduate engineer, not a business person.”

While the company went ahead with its plan to ditch the product, Mr Serrano set about finding ways to purchase the IP with his brother and wife.

Launching Vekta out of his backyard shed, he began comprehensive design reviews of the Razer Linear Saw as well as developing an expanded product line.

This included the patent pending P3 Precision Plate Printer, a world-first print system for the timber industry, according to Mr Serrano, which won the innovation excellence award at the 2017 Western Australian Industry and Export Awards.

“There were times in the first couple of years that we were down to our last dollar, but we just stayed focused,” Mr Serrano said.

“It was all about improving and establishing the brand, then that customer-first mentality started to get around the industry.

“Once that reputation changed, sales took off.”

By 2014, Vekta had established a US manufacturing support facility, and last year upgraded its local operations, shifting to a larger factory in Malaga, which employs 36 staff.

Vekta now holds 75 per cent market share in Australia and 90 per cent in New Zealand, and plans to continually invest in the research and development of new products, two of which will debut this year.

Mr Serrano said the business was underpinned by a strong community focus, recently donating $25,000 to Scitech’s Stem program and engaging with Curtin University to collaborate as a means to bridge the gap between university theory and the commercial world.

“In the early days there were a lot of people lined up, even people I considered good friends, who thought (and perhaps even hoped) I would fail,” he said.

“Frankly I wouldn’t be in this position now, not even in business, if it wasn’t for her support and encouragement.”