The GST formula the states signed up for 15 years ago is having consequences far beyond anything that could have been foreseen. 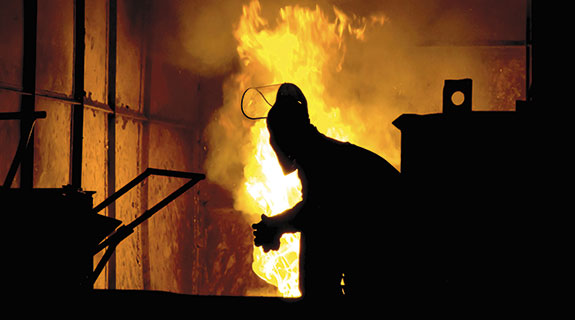 INTO THE FIRE: The drop in the iron ore price and falling demand from Chinese steel mills is hitting WA coffers hard. Photo: iStockphoto

The GST formula the states signed up for 15 years ago is having consequences far beyond anything that could have been foreseen.

The claims and counter-claims over the distribution of revenue from the GST have produced much heat and little light. But they have confirmed one thing – the lack of informed debate surrounding a crucial national economic issue.

Interstate rivalries and political one-upmanship have combined to overshadow any concerted attempt to produce a constructive solution.

A situation where one state is reimbursed just 29.9 per cent of its GST contributions – as proposed for Western Australia in 2015-16 under the Commonwealth Grants Commission formula – was never envisaged when the states signed up to then prime minister John Howard’s new tax in 2000.

And just remember what the GST replaced. Among the taxes to disappear were the Commonwealth’s wholesale sales tax and a range of small and inefficient state taxes, charges and stamp duties dubbed the ‘ugly sisters’. However, these were state taxes; the revenue stayed in the states that raised them.

Concerns over the lopsided redistribution of the GST have occurred before. New South Wales kicked up in 2006, complaining that it provided $13 billion in GST revenue and got only $10 billion back. That’s a 77 per cent return, still double WA’s allocation this year. NSW is now keeping its head down.

The seeds for the current financial spat were unwittingly sown in November 1960, when the Commonwealth – at the insistence of then WA premier David Brand’s government – lifted the iron ore export embargo. Initial exports helped fuel Japan’s economic expansion. Then sales leapt as China took off, with (until recently) record prices.

In the late 1970s, Sir Charles Court’s administration also laid the groundwork for various oil and gas ventures, producing further royalties. In fact current Treasurer Mike Nahan’s point is well made; WA has been the development-oriented state and is now being financially penalised, while some states that have simply sat on their hands are rewarded.

It’s not just an equity issue; it’s also about productivity. Geoff Gallop’s government put pressure on Mr Howard in 2005 for Commonwealth assistance to develop the roads, ports and power stations for the burgeoning resources sector. To no avail. No Commonwealth vision there.

Kevin Rudd, elected prime minister in 2007, was more receptive. In fact he and Premier Colin Barnett were, initially, great mates.

The challenge for governments is to put political jealousies aside in the national interest. Finance Minister Mathias Cormann and parliamentary secretary Christian Porter have shown the way with their suggestion that payments be pegged at 2014-15 levels. But that’s only a start.

In a period of depressed prices for our major exports, Prime Minister Tony Abbott and Treasurer Joe Hockey must ignore the opportunistic protests and pursue a long-term solution for the GST distribution. It makes economic sense.
Vale Peter Walsh

PETER Walsh, who died recently aged 80, was federal finance minister when Bob Hawke’s Labor government was pushing through crucial economic reforms in the second half of the 1980s. He was also one of a kind.

For a start, he was one of the few farmers – being a second-generation wheat and sheep farmer from Doodlakine in the Wheatbelt – who was a Labor supporter, let alone cabinet minister. And he didn’t believe you could spend money you didn’t have. Therefore some of the spending plans of many of his ministerial colleagues were savaged.

Unlike many MPs and some senior public servants, he treated public sector money as his own. He hated waste.

Mr Walsh was elected to the Senate in 1974. He’d learned much about federal politics listening to ABC parliamentary broadcasts while driving the tractor. On arrival in Canberra, he quickly concluded that some of the MPs he’d been listening too weren’t that smart; and they included Whitlam government ministers.

As finance minister between 1984-1990, Mr Walsh was the crucial third arm in the Hawke-Keating push for economic reform. In the belt tightening after Paul Keating’s ‘banana republic’ warning, it was said the softest thing about Mr Walsh was his teeth. Mr Keating dubbed him ‘Sid Vicious’.

Mr Walsh spoke disparagingly of rent seekers – including wealthy companies and individuals – who held out their hand for public sector money. To him they were spongers. On one occasion in cabinet he opposed a proposal for child-minding facilities for public servants in Canberra, asserting that mothers from low-income suburbs in the states were more deserving.

Such was his standing that even his Liberal opponents conceded he had set the bar high for holders of the finance portfolio.

In retirement, Mr Walsh was a vehement opponent of the Greens, and critical of state Labor’s abolition of logging in old growth forests in the South West. He was concerned at the impact a sudden shut down would have on modestly paid workers and their families.