“I don't know anybody that doesn’t minimise their tax”. With those words from 24 years ago, the current Senate inquiry into corporate tax avoidance is exposed for the nonsense it is. 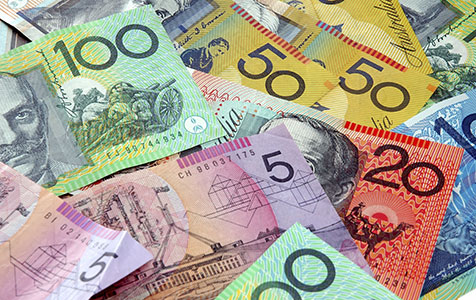 “I don't know anybody that doesn’t minimise their tax”. With those words from 24 years ago, the current Senate inquiry into corporate tax avoidance is exposed for the nonsense it is.

The speaker back in 1991 was Kerry Packer, later father of James, and an Australian business legend thanks to his take-no-prisoners attitude to everything he did.

Among those to feel Mr Packer’s wrath, after he appeared ‘reluctantly before the parliamentary inquiry in Canberra, were some of the biggest names in politics, including future treasurer Peter Costello.

What the media mogul did then has been missing, so far, from today’s Senate inquiry, which desperately needs a dose of the common sense he brought to a game of political posturing of the lowest quality.

Exchanges between senators and the local leaders of three big-name technology companies – Google, Apple and Microsoft – have largely been an opportunity for the politicians to get time in front of the cameras.

If Mr Packer had been sitting in front of the committee he would have cowed the lot, which is actually what needs to happen for a very simple reason – the companies are simply following the laws that the senators helped make.

In a way, that observation about most companies merely following tax law as laid down by parliament is from the Kerry Packer book of business philosophy, which includes this observation: if the law is not working as intended then it’s in your power to change it.

So far, that stunningly obvious fact seems to have eluded all media coverage of the Senate inquiry, which has focused on the grandstanding by an assortment of non-government senators such as Greens leader, Christine Milne, and Labor tough man Sam Dastyari.

While useful to raise political profiles ahead of the next election, the Senate inquiry has done nothing except expose the vast gap between how Canberra sees the world and how it really is, a point that can be found in a suggestion from one Senator that there is some sort of moral obligation to pay more tax.

What the senators believe they’re chasing is unpaid taxes that are rightfully the property of the Australian government, and what better place to make those claims than in front of the country’s media, while appearing to berate local leaders of the world’s biggest technology companies.

What’s actually happening is a re-run of the famous Packer showdown minus the blunt language for which he was famous, and which most Australians understand (and even welcome for its simplicity).

One-by-one the local leaders of Google, Apple and Microsoft have appeared before the Senate to cop a verbal assault about how much tax their companies paid in Australia and how much Australian-generated revenue was booked through their Singapore offices.

At one stage, Senator Milne even thought she had achieved her gotcha question by asking Apple’s Australian chief executive, Tony King, whether his firm indulged in a “double Irish sandwich with a Dutch twist”.

Mr King’s answer was the closest yet to a Packerism: “Senator, I have no idea what you are talking about”.

Senator Milne, it seems didn’t either because she had mixed up her tax jargon, blending a tax minimisation process known as a Double Irish with something else, but the fact that a person who helps make Australian tax law made such a mess of her question goes to the heart of the problem – and that is that politics and business rarely mix well.

Mr Packer knew it, and in 1991 he drove that point home like a man wielding a sledge hammer saying at one point, when his honesty was questioned: “You’re either going to believe me or call me a liar”.

No senator in their own chamber had ever been spoken to like that but the comment added to Mr Packer’s key point that everyone seeks to lower their tax. In fact, the Australian High Court once found that it was a taxpayer’s duty to pay exactly what was due in tax, and not a cent more.

Microsoft Australia boss Bill Sample says his firm pays its tax “in full compliance with Australian tax law”. Mr King from Apple says “we do not avoid tax, we pay all taxes that are due in the Australian market”, and Google’s local leader, Maile Carnegie, says her firm is not opposed to paying tax but “we are opposed to being uncompetitive”.

In Ms Carnegie’s words can be found the core of the issue. The companies being used by the Senate inquiry for a bit of electioneering are global leaders in a highly competitive market selling technology products that Australians want (and without which we would be less of a ‘smart’ country).

If the Senate wants to declare war on Apple, Microsoft and Google over tax then it wants to be very careful that it does not add to Australia’s reputation as an expensive and sometimes difficult place to do business.

And if the Senate believes international companies are shifting profits away from the taxing powers of the Australian government, then fix it, don’t just talk about it.