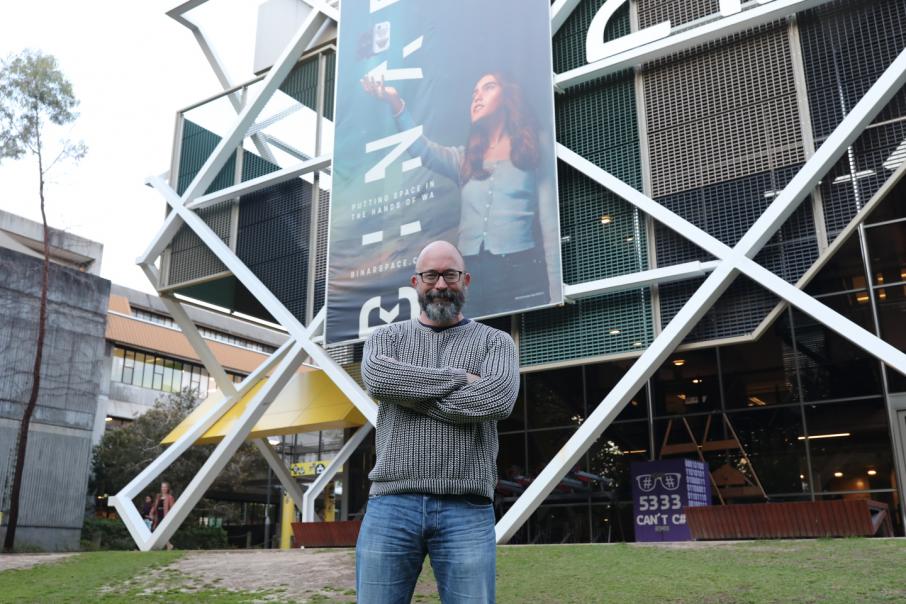 Professor Phil Bland’s earliest memory is one of billowing white clouds, red hot exhaust fuel and several tonnes of metal being propelled through the air.

It was August 20, 1975, and NASA’s Viking 1 spacecraft had begun its 50 million-plus-kilometre journey from the Kennedy Space Centre in Florida to Mars.

He may have been watching the launch from a small television set on the other side of the North Atlantic Ocean, but it is an image that remains burnt into his memory and one he attributes with having sparked an insatiable curiosity about all things space exploration.

Almost 46 years later to the day, that curiosity brought him to Yagan Square, where he watched the SpaceX Dragon spacecraft launch from the same space centre as the Viking 1.

The screen was 60 times bigger, and the launch was streaming live in high definition, but Professor Bland said the sense of excitement felt very much the same.

It was, however, amplified by the fact the rocket’s payload of experiments and cube satellites included one he developed: the Binar-1 satellite.

“Watching it took me back to what I saw when I saw it as a kid; it’s that same indescribable feeling of excitement,” he said.

“I wasn’t emotionally prepared for what it would feel like to see it fly.

“I think when anyone sees a rocket launch, it’s really hard not to be moved by that; and it still gets me.

“But to see something that we built, knowing it was on top of that and flying, was just crazy.”

The Binar-1 satellite, named after the Noongar word for “fireball”, is now orbiting 400km above the Earth’s surface, where it will spend the next 18 months circling the planet and capturing images of the state’s coastline.

The satellite, which is no bigger than a shoebox, is the first made in Western Australia to be launched into space, the product of more than four years’ worth of research.

Its development was facilitated by a team of 30 staff and students from Curtin University’s Space Science and Technology Centre.

Spearheaded by Professor Bland, the centre was partnered with specialist geological data company Fugro and industry-led consortium, the Australian Remote Operations for Space and Earth.

Binar is designed to consolidate many satellite systems on to a single electronics board, including battery, gyroscope and the accelerometer, inspired by modern consumer electronics.

If the technology proves successful, the Binar-1 satellite will be followed by six more, aimed at helping the team to achieve its goal of taking WA to the Moon by 2025.

As the director of the Space Science Technology Centre, Professor Bland said it was an anxious two-month wait before the team knew whether the launch had worked.

He took strength from being part of an endeavour that could expand space exploration in WA.

“There is disappointment when a project doesn’t nail everything that you wanted it to,” he said.

“But I get a lot of strength from the pure, evangelical side of science, being part of this human endeavour to really understand the universe around us in a way that we never did until the 1500s when Galileo kicked everything off.

“Being part of that endeavour, even if it’s only a small part; I get a lot of strength from that.” 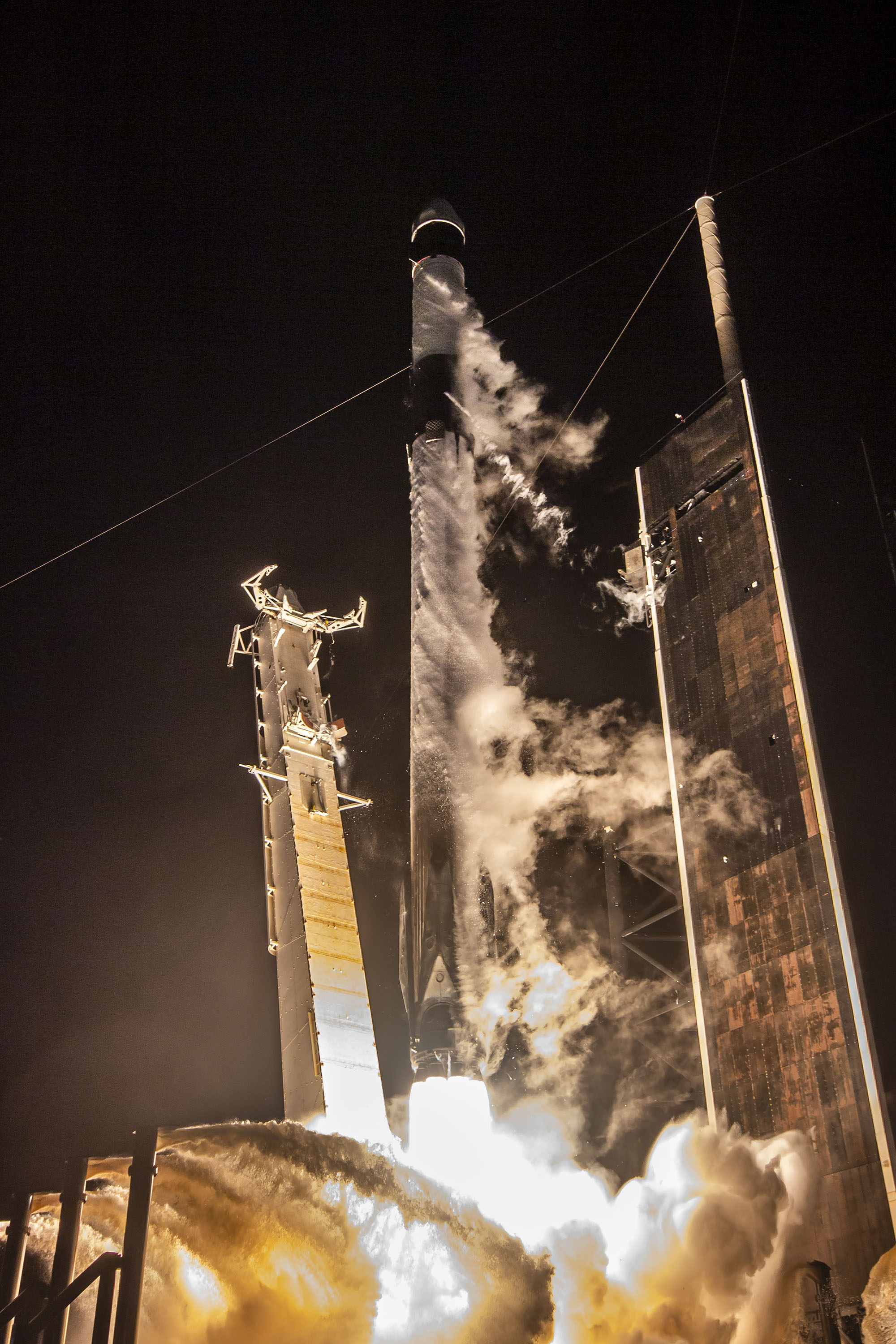 Despite growing up in the state’s Wheatbelt, Mr Forbes said he had long held a love of the ocean.

Mr Forbes worked in the oil and gas industry, developing an interest in subsea operations and using robots onboard boats off WA and South-East Asia.

But when oil prices plunged in 2014, Fugro took the opportunity to expand its horizons, using satellite communications to further its offshore operations.

The company now remotely operates robots, some of which are up to 4,000 metres underwater, from an operations centre in Gnangara.

Having navigated remote operations in some of the world’s harshest environments, the company set its sights on a new challenge – space.

In 2020, the federal government’s Australian Space Agency announced a partnership with Fugro to design, build and operate the SpAARC in WA.

It was through the SpAARC facility that Fugro became involved in the Binar Space Program, providing the ability to control and command the university’s missions and test remote operation protocols on a spacecraft in orbit.

“We specialise in satellite communications, and what we’ve been doing at sea has really been a precursor to space,” he said.

“It’s more complex, logistically, but the challenges and operations are really similar.”

Mr Forbes said Fugro had provided guidance for the Binar project, and he was grateful to have partnered with his former university.

“When you think of Western Australia, you think of mining, resources and agriculture, you don’t necessarily see it as a leader in technology,” he said.

“We believe the Binar technology could deliver game-changing capability for Australia, and I’m really glad that we’re able to be part of that project.”

WA will soon have a better vantage point to see space than anywhere on the planet, with the construction of part of the world’s largest radio telescope planned to begin next year.

The Square Kilometre Array has been spearheaded by an international consortium and will be the most sensitive radio telescope ever built, able to receive signals from further in the universe than ever before.

Because those signals need time to travel, researchers will be looking further into the history of the universe than previously, to study the aftermath of the Big Bang.

The array will be built in the state’s Murchison region, and partly in South Africa.

The Murchison facility will comprise more than 131,000 antennas, grouped in 512 stations, each with 256 antennas alltogether spanning 65 kilometres end to end.

It marks the first time that Australia has had the opportunity to co-host a mega science facility.

The SKA’s precursors, the Murchison Widefield Array and SKA Pathfinder, are already in operation.

All of this is backed up by the state’s supercomputing power, including through Pawsey Supercomputer Centre and DUG Technology, and the International Centre for Radio Astronomy Research, a partnership of Curtin and The University of Western Australia.

WA-linked breakthroughs have included a machine-learning program which can classify galaxies based on images, the discovery of the largest explosion of a black hole to date, and finding a new pulsar star.

Closer to orbit, the Murchison Widefield Array has also been used to track space junk through detecting the rebound of FM radio waves.

That will help the international community deal with a mounting problem, because even small bits of space junk move so rapidly, they can damage satellites used in military and communications work.

In October, the ASA announced a $50 million tender process to build an Australian moon rover.

In addition, Curtin University has been working with NASA on Binar Prospector, two small spacecraft it intends to send to the Moon on a geographical survey mission in 2025.

The aim is to find resources, specifically ice, that NASA could use to generate rocket fuel and support its program to return to the Moon, opening the solar system for exploration.

Professor Bland hopes that supporting a critical element of NASA’s Artemis program could also position Australia as a principal partner, helping to grow its relationships with overseas space agencies.

The rapidly evolving commercialisation of space exploration has helped the Australian space sector to almost quadruple its revenue to $5.1 billion between 2009-2010 and 2018-2019.

Professor Bland said he would like to see Australia grow its domestic space exploration industry, joining other countries that are stepping out into the solar system.

“There is a community of countries that have really big plans to look at what we can do in the next stage of solar system exploration, and I’d like to see Australia be part of that,” he said.

“It’s crazy, but we are living in a point in history where space exploration is an activity that is engaging industry and science and it’s just incredibly exciting to be part of that.”