Hiring and investment is down in Kalgoorlie-Boulder as confidence falls in the wake of clouds overhanging the gold-mining industry. 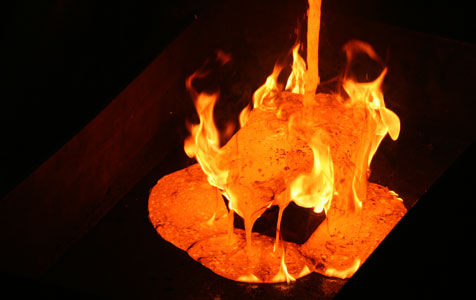 Hiring and investment are down in Kalgoorlie-Boulder as confidence falls amid doubts over the near-term future for the gold mining industry.

Kalgoorlie-Boulder Chamber of Commerce and Industry chief executive officer, Hugh Gallagher, said the town’s fortunes were closely linked to the gold industry and locals feared the adverse impact of any increase in the current royalty rate.

“I don’t think that we could actually be looking at a worse time to consider a royalty that is a cost over and above what the industry is currently paying,” he said.

”The majority of the costs miners can adjust they are already adjusting.

“A royalty is a fixed cost they can’t adjust and it could be the difference between actually staying in business or going out of business, it really is as simple as that.”

The pressure on the mining industry would reverberate through the local community, MrGallagher said.

Earlier this week, the Gold Royalties Response Group commenced an advertising campaign to promote awareness of the beneficial impact of gold miners in the community.

The Heart of Gold campaign will feature in social media and on radio.

The gold industry is the second largest employer in the resources sector, employing more than 25,000 people and contributing $8 billion to the state’s economy.

The industry says it pays more than $300 million annually in royalties and taxes.

"The gold industry is that big that there would be many, many Western Australians who would lose jobs on the back of a royalty increase," Mr Gallagher said.

“If the industry is to decline because it becomes unviable, you will see the flow on effects most obviously in places like Kalgoorlie which is the heart of Australia’s gold mining industry.”