Traditional business models are still playing catch-up with the internet. 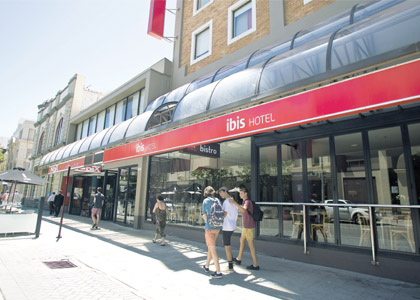 Traditional business models are still playing catch-up with the internet.

IF you thought the internet had finished messing up the old economy then you had better take a fresh look, because there’s a new wave of ‘net-driven’ innovations poised to destabilise long-established business models.

Hotels and car-hire firms are top of the next phase of a rolling revolution, which has started in the US but will spread, causing angst for traditional business owners and investors, but also for government, banks, and insurance companies.

The first taste for some Australians of the next phase of internet business is a room and apartment-hire service called Airbnb, which has made solid inroads into the accommodation sector of big cities such as New York and Los Angeles.

Largely unknown until now, however, is the fact that Airbnb has arrived in Australia and if you check the website www.airbnb.com.au/s/ Western-Australia-Australia you will find (as at a few days ago) 525 places to rent, including a ‘garden studio’ in Rossmoyne, which is actually just a private room, for $55 a night, or a colonial cottage in Claremont for $180 a night.

Given that the weekly rate on the Claremont house equates to $1,260 a week, or $5,040 a month, it can be easily seen that the market being serviced by Airbnb is not simply for student digs.

There is, however, much (much) more to this story than meets the eye because the Airbnb business is the tip of what is actually a very large iceberg - as the car hire firm, Avis proved three weeks ago when it paid $US500 million for a car sharing business called Zipcar.

Like Airbnb, the concept behind Zipcar is all about people sharing the use of a capital item that might otherwise be standing dormant when it could be generating income.

For Australian governments the rise of the so-called ‘sharing economy’ represents a fascinating fresh set of challenges, even as they struggle to deal with the first wave of the internet revolution and its ability to by-pass local taxes such as the GST, which catches most local transactions.

Insurance companies will also have to think very carefully about how to price the cover on a room in a house rented to a stranger wandering in off the street, not to mention how the Australian Tax Office will treat the proceeds on the eventual sale of the house and whether part of the proceeds should attract capital gains tax.

Answers to those questions are not yet available because no-one has officially put the question to government, insurance companies or the ATO - but it’s a fair bet the tax man will be chasing GST on the rental transaction and capital gains tax on the future property sale.

Long before those issues are dealt with, the rest of the business community will have to think about how far the sharing economy can penetrate traditional markets, and for that it’s worth having a look at the things being shared in the US, such as these examples courtesy of the US magazine, Forbes:

If the household tools concept seems like about as far as the game can go, especially as your father’s advice about never lending your tools is ringing in your head, then how about renting out space in your home to a complete stranger’s dog, which you can in the US via dog-vacay.com/.

Keen followers of the internet over the past 20 years know that some, if not most, of these start-up ideas will fail, or have unpleasant consequences of the kind that can follow when inviting strangers into your home. As for lending them your car or tools, well, that sounds even more prone to unintended consequences.

Against those rather obvious warnings is the fact that Avis handed over half-a-billion dollars for Zipcar, a rent-by-the-hour car hire firm which owns its own cars but which is already competing with Getaround (www.getaround.com/), a peer-to-peer car rental firm where you can get deals such as a privately-owned Honda Accord in San Francisco for $US9.50 an hour.

The private car rental business, of which there are several start-ups in the US, will have another arm of government in Australia wondering how to react - the taxi control boards.

As for how insurance companies will price the policy of someone who rents his car to strangers, the answer will vary from ‘an awful lot’ to ‘no cover available’.

The point about this next chapter in the life of the internet is that no-one knows precisely where it’s going; but there is absolute certainty that it will be disruptive to traditional business models, and a lot of potentially very profitable fun for the early embracers.

IF you’re going to pick a fight make sure it’s one you can win; an old adage the leaders of the Australian Workers Union have apparently forgotten as they move to re-unionise the workforce at Tasmania’s Bell Bay aluminium smelter.

Approval for the right to negotiate a collective agreement for the 346 employees at the smelter was granted last week by Fair Work Australia, the industrial relations umpire, after the AWU was able to demonstrate that the majority of the workforce wanted a union agreement.

Unfortunately, while the workforce might well be signalling that it’s time to go back to a unionised situation, it could also be the workers signalling that they know that the smelter is doomed and the safety of a union might be the best way to get a decent payout.

The problems for Bell Bay are substantial. It is the oldest aluminium smelter in Australia (opened in 1955); it is now the smallest; it is owned by Rio Tinto, a company in trouble; and it accounts for less than 5 per cent of Rio Tinto’s total aluminium production.

For the new man in charge of Rio Tinto, Sam Walsh, being hit by a union demand for a more generous agreement at Bell Bay could be the easiest decision of his first few weeks in the job - just close it.

“Consistency requires you to be as ignorant today as you were a year ago.’’