Alan Robson, Jim McGinty and Jim Freemantle are among the Western Australian luminaries to receive honours as part of this year’s Queen’s Birthday awards. 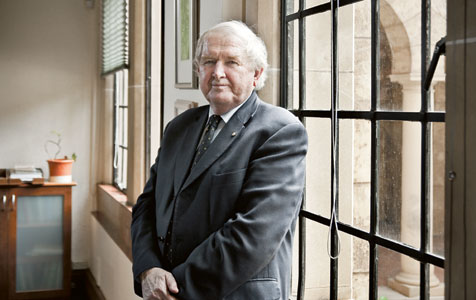 Alan Robson, Jim McGinty and Jim Freemantle are among the Western Australian luminaries to receive honours as part of this year’s Queen’s Birthday awards.

Mr Freemantle, the deputy chairman of Racing and Wagering Western Australia, was honoured for his service to the community and the arts as an Officer in the General Division.

Mr Freemantle previously chaired a major review of liquor licensing in Western Australian in 2003 and was chief executive of Home Building Society.

Joining Mr Freemantle as an Officer in the General Division is former University of Western Australiavice-chancellor, Alan Robson.

Professor Robson was honoured for his service to tertiary education and to the advancement of scientific and medical research.

A number of other Western Australians were honoured as Members in the General Division.

These include Mr McGinty, a former state attorney-general, who was honoured for his service to the parliament of WA and to law reform.

Mr McGinty was the leader of the Labor Party in WA from 1994 to 1996 before serving as attorney-general and health minister between 2001 and 2008.

Others to be honoured include the late Michael Wright, who passed away last year after a battle with cancer.

Mr Wright was the son of Peter Wright, who along with Lang Hancock helped to pioneer the iron ore industry in the Pilbara.

Mr Wright's main interest was the wine industry, specifically Voyager Estate in Margaret River; he was honoured in the awards for his service to business in WA.

Ross Taylor was recognised for his service to Australia-Indonesia relations and primary industry and transport.

Mr Taylor is the president and founder of the Indonesian Institute, a non-government organisation that seeks to foster the relationship between Australia and Indonesia.

He is a former WA government regional director to Indonesia and has held senior positions, including national vice-president of the Australia-Indonesia Business Council. He has also held executive roles with Wesfarmers and Phosphate Resources

Douglas McInnes received the Medal in the General Division for his service to geotechnical engineering and a range of professional organisations.

Dr McInnes is a principal of Golder Associates and in 1997 was president of the WA division of Engineers Australia.