Vehicle protective system Rhinohide has dominated Techboard's startup ranking this fortnight following a successful pitch on Channel Ten's Shark Tank, which led to a bidding war between three of the investors. 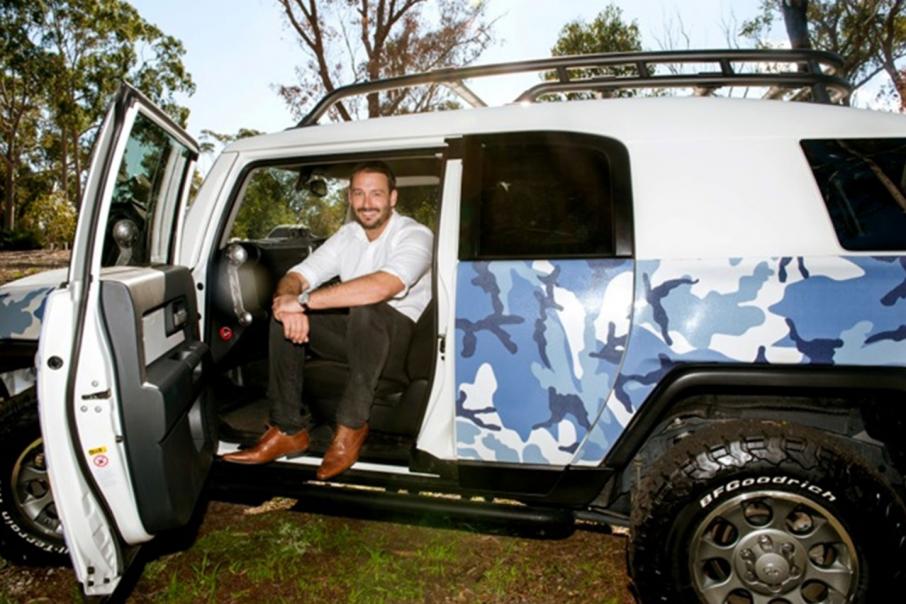 Vehicle protective system Rhinohide has dominated Techboard's startup ranking this fortnight following a successful pitch on Channel Ten's Shark Tank, which led to a bidding war between three of the investors.

Rhinohide successfully raised $160,000. As a result, the company captured significant mindshare during the past two days, including TV and radio coverage.

Founder Marc Berryman put his success on the show down to preparation.

“You also need to be realistic with your projections. I was honest about the lack of sales, and was really selling the potential.”

Mr Berryman confirmed that being a Perth startup had been no impediment to securing funding, having raised a total of more than $300,000 from Shark Tank and the WA Angel Investors.

The bigger challenge for him has been manufacturing.

"My original Perth manufacturer screwed me over; he was using MDF tooling which was only good for runs up to about 100 pieces, and wanted $8,000 per aluminium tooling,” he said.

“That drove me to China, where I could get the tooling for about $2,500 per piece.

“It's a direct seven-hour flight to Guangzhou, and the Chinese are far more skilled at plastics manufacturing than WA, so it's a no-brainer."

Trying to repulse sharks rather than attract them was Techboard’s second-ranked company for the fortnight, Shark Mitigation Systems, with good strong press coverage, share price growth and web rankings, as well as a record four nominations from Techboard’s panel of experts.

The listed startup recently completed a successful trial of its Clever Buoy technology off Bondi Beach.

"The trial has validated the stability and robustness of our current Clever Buoy platform to sustainably operate in real-world Australian beach conditions 24 hours a day, 365 days a year, autonomously detecting and alerting the presence of large sharks that could be a threat to beach users,” SMS co-founder Craig Anderson said.

“It has a cost structure that is competitive with alternative options on the market, and has received global expressions of interest for deployment."

The robotic solutions company has partnered with the Art Gallery of WA in developing a public engagement walking robot. 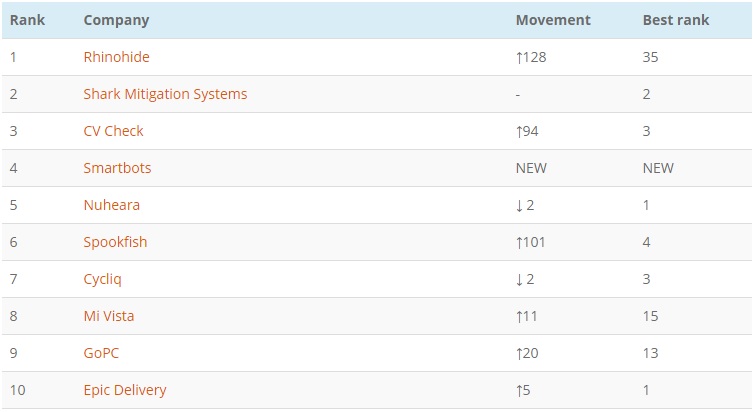 The agreement involved an immediate upfront cash payment, the magnitude of which was undisclosed, and a definitive license is subject to the completion of an initial collaboration project that is slated to conclude later this year.

The site has been visually improved to provide a smoother reading experience, and Bam have also taken over hosting the site.

Fleet management startup Fleet Engineering has entered into a partnership with the University of Western Australia.

The company's team of six staff are now co-located on the UWA campus in the school of computer science, creating opportunities to collaborate with researchers and mentor students.

Professor Greg Ivey, the faculty’s deputy dean of research, said the partnership with a computer science start-up established by UWA graduates was great news for the university.

“This partnership will bring teaching and learning to a new level whilst furthering collaboration to benefit students, researchers and staff,” he said.

Delivery startup Epic Delivery has expanded its service to include an additional 25 Perth suburbs, doubling its current delivery area.

The company's founder, Ryan O'Sullivan, said the response from registered users to date has been incredible.

"We have worked extremely hard at recruitment over the last few months and now feel we have the capacity required to provide high quality on-demand delivery with a 100% fulfilment rate to a much larger number of our users across a much broader region of Perth suburbia," Mr O’Sullivan said.

Presentation support platform Prezentt has relaunched as a training delivery platform that makes instructor-led courses much cheaper, easier to run, and more effective.

The web-based platform allows attendees to access a presenter’s slides and other files during an event.

After initially focusing on individual presentations, the startup is now turning its focus to training professionals.

“We had a few thousand people using the system, but unfortunately, it hadn’t taken off the way we’d hoped as the value it added to a 30 minute presentation often wasn’t enough to justify the effort or the cost,” co-founder Jeff Robson said.

“The opportunities are massive and the reception from training companies has been incredibly positive, with customers contacting us from all over the world.

“It’s an exciting journey as we want to be the world’s leading training delivery platform".

The 'Velpic Learn' app is targeted at trainees, enabling them to view video lessons on smartphones or tablets and undertake assigned tests on the go.

The app also provides trainees with access to the Velpic video library.