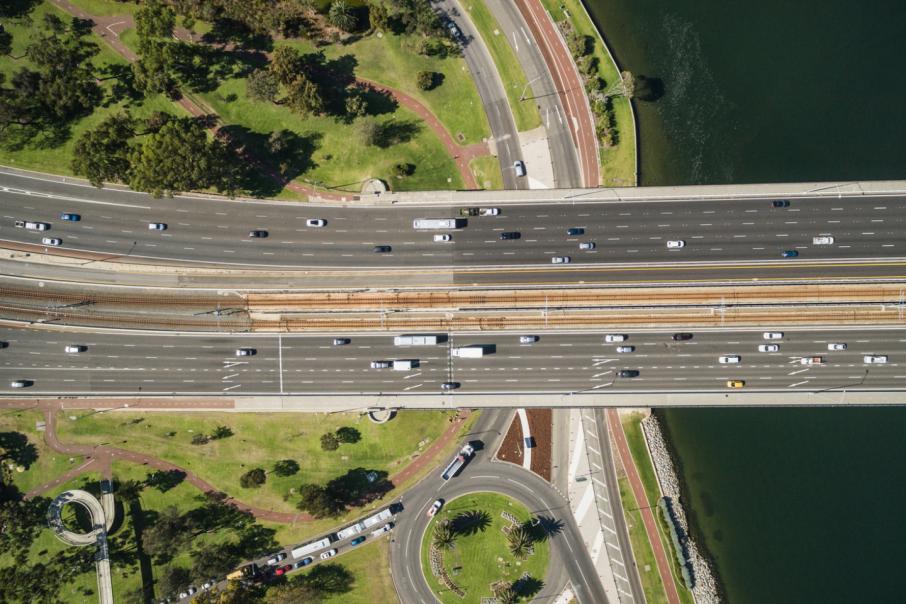 Maintenance work on roads will be moved into a government department. Photo: Gabriel Oliveira

Transport Minister Rita Saffioti announced today that Main Roads Western Australia would bring a series of road maintenance contracts in-house, with about 660 workers to be impacted.

The state government’s press release said the move would create 660 permanent jobs; a spokesperson for the minister clarified those were “jobs currently being undertaken by contractors” which would become permanent.

There are seven maintenance contracts to be brought in-house, with the government saying it will wait until the contracts expire as they are transitioned.

Chamber of Commerce and Industry of WA chief executive Chris Rodwell said the decision would put the government in competition for plant and equipment with private operators in a time when the market was already under supply chain pressure.

“It could potentially lead to taxpayers bearing higher costs for road maintenance, reduce the quality of our roads, negatively impact innovation in the sector and undermine the confidence of contractors to bid for state government contracts in WA,” Mr Rodwell said.

CCI said the government must release the modelling behind claims it would save $25 million annually.

That modelling was undertaken by consultancy EY and also promised a boost to Gross Regional Product of at least $335 million over 10 years.

“It’s otherwise unclear how the decision can arrive at a $25 million saving, when labour and training costs are higher,” he said.

While the government would not release the modelling, one document sighted by Business News said that workers would be paid between $12,000 and $22,000 more per annum on the Main Roads enterprise agreement.

The document shows EY did forecast a $25 million saving, but does not show how they reached the conclusion, or if it factors in long term higher costs from a lack of competitive bidding on the work.

The full $25 million saving applies from the 2027 financial year, according to the document, and is driven by cutting out margins from the existing contracts.

Most of the contracts will be insourced by 2024, however, with only the Kimberley work running longer.

The new operating model will “(return) Main Roads to the path of being an informed purchaser with increased ability to direct and negotiate with contractors in the tendering process”.

That document also highlights some challenges for Main Roads.

It will need to raise its annual salary expense limit by $88 million, and enter into more than 250 light vehicle leases.

The document also warned the government would need to “supply housing in four regional areas where a shortfall exists, increase office capacity in Broome (Kimberley), Karratha (Pilbara) and Esperance (Goldfields-Esperance), expand facilities in Manjimup, and invest in depots in Broome and the East Metro area”.

It’s unclear whether these costs are factored into its savings projection.

Main Roads may also need to mitigate wage competition in the regions.

“Where necessary, as an interim measure until skills can be developed in-house, engage the private sector to provide key positions where Main Roads are unable to compete with private sector remunerations,” the document said.

“You could save money and you could also ensure that you pay the employees more and have more job security for those employees and ensure there's more regional jobs,” he said.

“At every level, this new arrangement works and ensures that we'll have very efficient delivery of main roads services all over Western Australia, in which there is direct employment and more secure employment and will have a model that ensures that the maximum amount of money spent by Main Roads is actually spent on main roads work.

“In other words, at less margins, more work.”

Ms Saffioti said regional towns had lost hundreds, or even thousands, of workers when jobs were contracted out.

The policy would move jobs from one employer to another, Civil Contractors Federation WA chief executive Andy Graham said.

The move would compromise service delivery and be unlikely to bring promised savings, the construction industry representative body said.

“The government contracted out its maintenance functions in the 1990's because it knew the private sector delivers civil construction and maintenance services more efficiently, saving taxpayers’ money – that was true back then and it still holds true now,” Mr Graham said.

“We haven’t seen the confidential report which found that moving road maintenance in-house will save more than $25 million a year, but it doesn’t seem to make sense.

“Does the report consider the total economic picture of business expenditure back into the WA economy?

“Does it factor in the inevitable loss of experienced people and established, efficient systems?

“The companies that look after road maintenance are experts at the job – they know how to optimise investment to keep our roads in the best shape possible.”

Maintenance contractors had invested heavily in equipment, training workers, and contributing to their local economies, he said.

When asked by Business News if outsourced or insourced maintenance contracts were a recommended option, a spokesperson for Infrastructure Australia said the right procurement approach would depend on the project.

“Competitive procurement processes are well-established to drive value for money,” the spokesperson said.

“Where public service provision is considered as an option, ideally it should compete on a level playing field with private providers.”

Work by IA demonstrated that better outcomes for the community were supported where governments engage effectively with industry, support competitive procurement processes and are informed purchasers, the spokesperson said.

EY said it was unable to comment on the report because it was commercial in confidence.

EY has had its name on at least 28 state government outsourced contracts since the start of 2020, according to publicly available tender information.

Tender information shows EY was awarded a $337,000 contract in September to advise Main Roads on procurement.