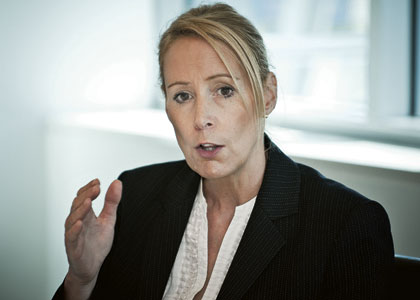 SHIFTING SAND: Debra Goostrey says builders will have to wait until late 2013 for a workable outcome. Photo: Grant Currall

The state and federal governments have joined forces to make it easier for raw building materials suppliers south of Perth to access their product, which is increasing costs for developers in the area.

Access to raw materials has been hampered by inconsistent planning approvals and the location of protected animal and plant habitats over key sand and limestone deposits.

The issues were raised in the Western Australian Planning Commission’s Basic Raw Materials study for the Bunbury-Busselton area in August.

The report revealed major inconsistencies in local planning processes, with freehold land approvals given by local governments and crown land approvals granted by the Department of Mines and Petroleum.

The vast majority of virgin building materials in the area lie beneath environmentally significant vegetation due to the high levels of land clearing that have occurred to make way for farmland.

Urban Development Institute of Australia WA CEO Debra Goostrey said the federal and state government were in strategic assessment talks to create a more uniform planning process for the area.

But Ms Goostrey said it was both a long-term blessing and a short-term curse.

The outcome of the talks will move the approvals process in the area away from individual councils and develop a broad-reaching guideline for the Swan Coastal Plain, a 30 kilometre wide strip of coastal land running from Cape Naturaliste to just south of Perth.

But the housing industry faced more uncertainty because the new regime is not expected to be implemented until the end of next year.

“They’re releasing the first round of documentation in April 2013 and that will go out for public comment and more work … we’re probably not looking at a genuine outcome until the end of 2013,” Ms Goostrey said.

“Developers won’t actually know how much basic raw material they’re going to be able to access until that process is complete.

“I would expect new extraction licences will be very difficult to obtain while those negotiations are being considered.”

The WAPC’s report highlighted that much of the land development in the South West has been for farming and what vegetation was left had high conservation value.

The report also pointed out these vegetation areas were often located on ridges and hills which were not suitable for extraction of building material.

While the report said there would be enough basic raw materials in the area to meet demand until 2030, Ms Goostrey disagreed.

She pointed out the water table is much higher south of the river and in order to meet 100-year flood safety requirements, developers were required to fill their lots with significantly more raw materials.

“Development south of the river is conducted on old degraded farming areas, which have re-active clays and high water tables, so they need lots of sand,” Ms Goostrey said.

She said developments south of the river had inconsistent sand depths, which vary from 1.2 metres up to 2 or 3 metres depending on the water table.

“But sand in the area is locked up under pristine vegetation so we can’t actually get to it,” she said.

WAPC said gaining access to these materials and post-extraction rehabilitation to minimise the environmental impacts was one of the biggest challenges facing the area.

It said it was prepared to consider alternative building methods that reduced demand for raw materials.

Alternative building techniques, such as stump construction, which elevates the house above the ground rather than filling the block with sand, has been used with great success in Queensland.