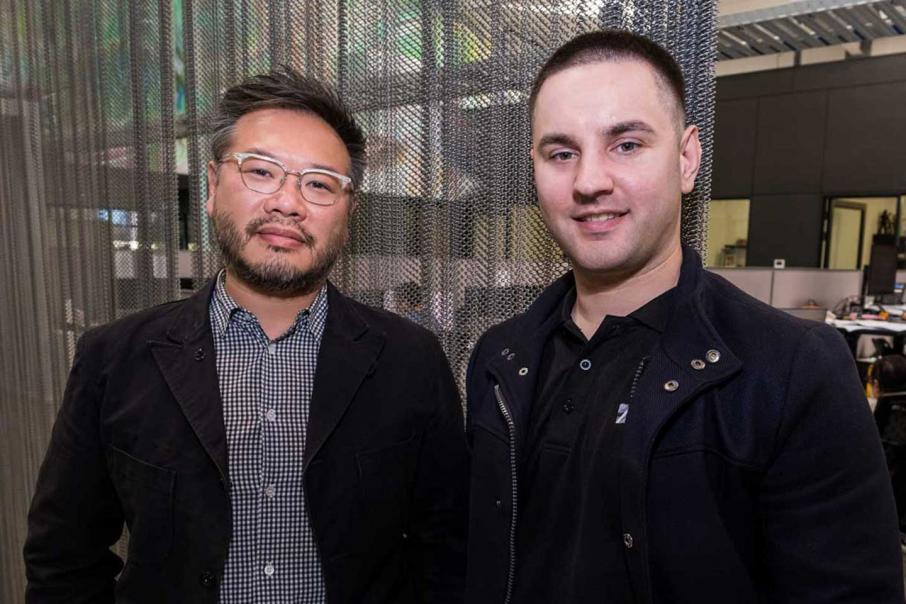 In just eight years Stefan Brestovac has risen from a Curtin University engineering graduate to be a senior structural engineer and team leader at Wangara’s Prompt Engineering.

In addition, he’s part of a R&D team within the company spearheading research into wall loading; complex investigations done largely with Central Queensland University that will not only earn him his Masters’ Degree when finished but help improve the design efficiency of the residential construction industry.

Rewarding outstanding young people like 30-year-old Stefan for their superior skills and commitment are very much part of the culture of Prompt Engineering, which is the creation of WA engineering pioneer and innovator Michael Young.

He’s run very successful consultancies over the past 40 years, 11 of those growing Prompt to be the choice of award winning project builders.

Chief Financial Controller Isabelle Kwok says where most engineering companies have a fairly standard structure, Prompt prides itself on being flexible and open to new ideas and business configurations.

She says one of the company’s primary missions has been to inspire staff to innovate and grow. Stefan is testament to that.  He started with the company even before he graduated from Curtin University and now deftly balances the two roles of senior engineer and team leader. He says those roles allow him to use both his engineering and management skills around building teams and nurturing a positive, productive workplace.

He says company culture hasn’t always been so positive. There was a lot of negativity and stress in the working environment during the downturn in the industry few years back.

He says for his own health, he knew he had to change something, and he began researching business culture and mindset.

“I think good management is maintaining the positivity in the team, and the team will then effectively do the tasks well,” he says.

“When we come to work now, we enjoy ourselves and try to have a great day; my team, we're probably the loudest bunch in the organisation because I always try to motivate everyone, as opposed to that old attitude of ‘oh, I've got such a tough job to do’, it’s now; ‘come on, we can do this, let's smash this job out. Let's get this job done’.

“I was actually doing that with my team anyway for quite a few years before I became a team leader.

“I've always really tried to instill in the team that no matter how difficult the task, try and look for the positives in it because then that will make the job easier.

“At the end of the day, we're all here to support each other and what I've noticed from having a more positive mindset is that when I go home, I don't think about, I don't worry about work anymore.”

“Management realised the benefits of being flexible and that all comes back to the positive culture of the workplace,” he explains.

“Rather than it being, ‘you’ve got to be in at nine o'clock, sit down and just work - don't talk’, the mindset has changed to this more collegial atmosphere in the workplace with everyone wanting to help each other and understanding that while we’ve got to get the work done, it can be in a happy, productive workplace.”

Workplace flexibility extends to engineers like Stefan working a day a week in their client’s office to better understand their needs and ways of working. It’s a strategy that’s taken the young team of engineers at Prompt out of their comfort zones while building stronger relationships and has often resulted in cost savings for those clients.

Isabelle says it’s very clear the office is a much more positive and energetic place as a result of its contemporary workplace culture, though not without its challenges – COVID-19 being a major one.

It’s interrupted the teams research into out-of-plane wall loading, one of its major research and development projects, which grew from a masonry conference in 2017 attended by Stefan with CEO Wilson Hui

Stefan says while engineers like himself work a lot with masonry, it’s not often taught as part of their university studies.

The Prompt Engineering research looks at ways of preventing the failure of double brick walls under strong winds.

The aim is to prove that different configurations of reinforcing brick work could result in considerable cost saving for builders.

“We are all excited about the testing results and are just waiting for the final few tests to be done when Melbourne is out of lock down. We can’t wait to share the results with our clients and the industry,” Stefan says.