OPINION: The startup sector is rife with opportunities for young women dissatisfied with the corporate career ladder. 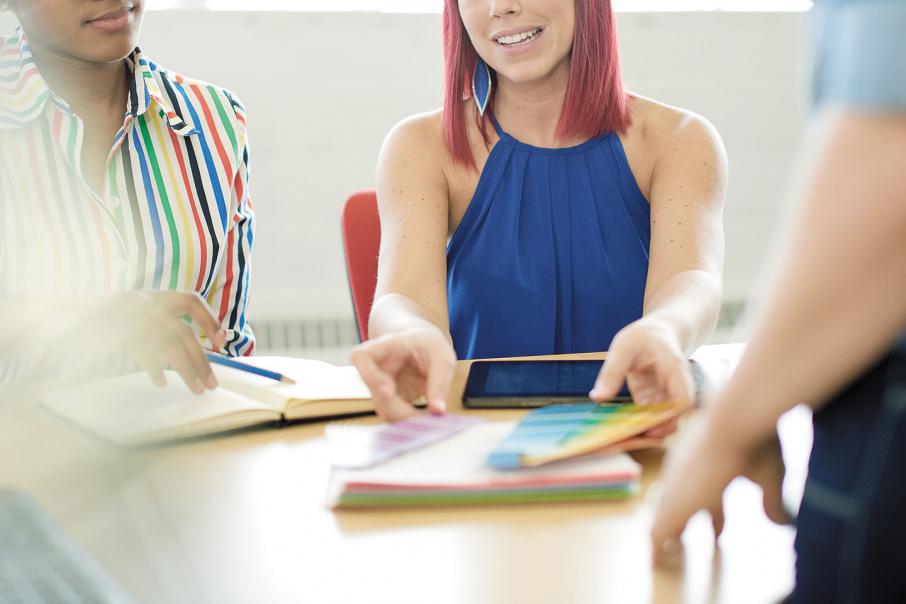 Female founders are coming to the fore in the startup community. Photo: Stockphoto

Six of the 13 pitches delivered at Perth Startup Weekend last month were from women. The actual winners were women, both aged in their 20s and running existing successful businesses.

They are great examples of the rise of the #girlbosses.

Facebook group Perth Girlbosses is fast becoming one of the most connected and effective networking groups around, with existing businesswomen and young starting founders helping each other there. Apparently the group has high levels of interaction and good results. Members have reported that they can be their authentic selves there, which is something they hesitate to do in a mixed forum.

More and more female founders are coming to the fore in the startup community, usually giving up a conventional career in a high-prestige profession. They are highly educated, socially aware, incredibly ambitious yet grounded and capable – people who would be an asset to any community.

While there has always been a large number of people in the community who would fit this description, it has been noticeable during the past year or so that the numbers are increasing, to our benefit.

And there’s a social trend and a name behind it.

‘Mumpreneurs’ started off as an empowering term, but is now considered condescending. Hopefully ‘Girlbosses’ will avoid the same fate and continue to be an inspiration.

I find it inspiring that growing numbers of women are achieving financial freedom in a few short years by founding their own business. It’s one answer to the broken career ladder, the pressure of working mums, or the desire to travel widely.

Founders Institute recently held a women-only panel session to discuss women in startup. They aired frustrations with getting funded, and respected, by male-dominated investor groups. This may explain the tendency for female-founded startups to bootstrap or self-fund. Getting investment for a business in Perth is hard; a dose of disrespect along with the rejection must make it particularly exasperating.

Springboard is worth mentioning here. An investment fund for female-founded startups, it is one of the few national funds actively investing in Perth startups, which is probably thanks to Sheryl Frame’s unflagging championing and encouragement of female founders.

Women have founded a lot of the successful startups in the community. One of the drivers is a frustration with traditional male-dominated corporate politics, but it’s only one driver. The usual need for independence or to see a vision come true are also there.

It is also an indication of the failure of traditional employment. Instead of high-profile careers in high-prestige occupations, bright young women are choosing entrepreneurship (this is also true of men, of course).

Clearly there is dissatisfaction with the career ladder among millennials, but women feel some of those rungs have been especially greased for them.

There are other elements at play, too.

Unequal pay, unequal workloads, unequal expectations are long-running sores for women at work. Female founders talk about building equal businesses based on respect; a feeling that they can fight the injustices of society by building safe havens of equality.

The startup community has long wanted more women founders and greater participation by women; not only because diversity gives better results, but because if we only have male founders then we will limit ourselves to solving male problems. This would exclude 55 per cent of the population. Bringing women into the mix expands the range of possible businesses we can build.

However, holding women-only events to encourage more female participation is contentious. There is a strong ‘meritocracy’ opinion in the tech world that any discrimination is bad, that eventually this problem will solve itself if we only employ or invest based on merit. The opposing point of view is that a meritocratic approach hasn’t worked because discrimination is unconscious and contagious, and that ‘merit’ itself includes bias.

Providing welcoming spaces for women is a workable step. Not the end game, but a step towards it.

Women fought long and hard to get the vote. Then they fought long and hard for the right to careers and work. That fight has given freedom – women are no longer financially dependent on men – but it has also brought a new challenge in the quest to balance family and a career.

The new push to entrepreneurialism is great. It genuinely can solve a lot of the problems that women are experiencing, such as inflexible hours, travel, office politics, discriminatory bosses and the like. It could provide the right answers for those bold enough to grab it.