The budget pressure facing the state government has added to the case for more private sector involvement in the delivery of traditional public infrastructure in Western Australia. 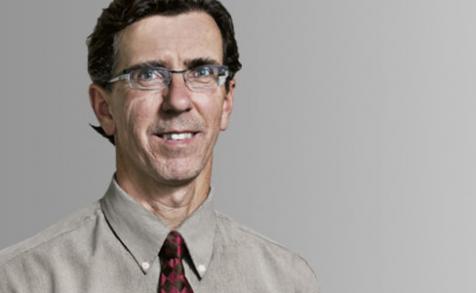 The budget pressure facing the state government has added to the case for more private sector involvement in the delivery of traditional public infrastructure in Western Australia.

Business News has long argued that public private partnerships should be considered as one of the procurement options for the state’s infrastructure.

The arguments in favour of PPPs and other forms of private investment have not greatly changed over the years, so it’s worth revisiting the topic at a time when the state is under considerable fiscal pressure.

Despite a lot of debate, the concept has not gained traction in WA to the extent it has in other states.

One reason has been the relatively buoyant state of government finances in WA. This meant that, until recently, there was little if any financial pressure on the state to consider alternative procurement models.

Another reason, especially under the Labor government, was resistance from unions, especially United Voice, which is worried that its members working in places such as hospitals and schools could be shifted from public sector employment to the private sector.

The United Voice campaign has been even more strident under the Barnett government, even though the practices it decries as privatisation are little more than contracting out.

The reality is that PPPs have successfully delivered a wide range of social infrastructure, underpinned by a very simple principle of market economics.

If one consortium is responsible for funding, designing, building and operating the infrastructure, usually for 25 to 35 years, they have a very powerful incentive to get it right.

It's instructive to look more closely at PPPs in other states to see just how widely and successfully they have been used.

They have been used to deliver major hospital projects, often for Labor governments.

Even during the global financial crisis, when there was grave concern about access to private funding for big-ticket infrastructure projects, private consortia have come to the party.

The provision of schools is another area where PPPs have been popular.

Queensland has used the Aspire consortium, led by Leighton and Commonwealth Bank, to design, build and fund new schools.

Similar schools projects have been delivered in NSW and Victoria, while South Australia has used the Pinnacle consortium, led by Commonwealth Bank and building company Hansen Yuncken, to develop new schools.

Other examples in the education sector include the successful redevelopment of Brisbane's Southbank TAFE as a PPP while Victoria has used the Plenary Research consortium to develop a biosciences research centre at La Trobe University.

For many of these projects, Labor governments have overcome union concerns by arranging for maintenance and support staff to continue as public sector employees under the direction of private managers.

The end result has been wide acceptance of, and support for, PPP delivery of infrastructure projects.

The handful of PPPs in WA include the District Court building in the city (developed under the former Labor government), the multi-storey parking station at the QEII Medical Centre and an upgrade of the Mundaring water infrastructure.

No government should make a simplistic, ideological commitment to PPPs on the premise that the private sector is necessarily more efficient than the public sector.

As Business News has previously argued, the treasury report that sought to justify the case for the Capella Parking consortium developing the QEII car park was not entirely convincing.

That’s a case for even more transparency, to ensure there is no doubt about the analysis that underpins these major investments.