A growing number of companies are tapping into a pool of workers keen to learn and contribute. 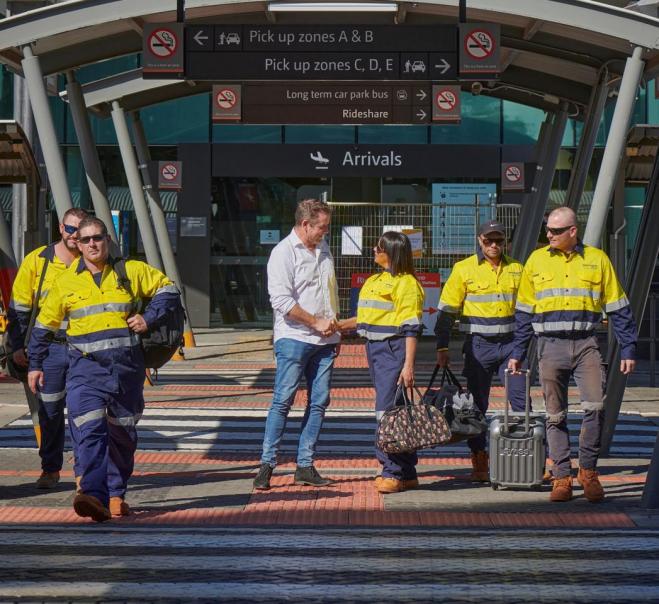 The Department of Justice offers a prisoner employment program for minimum-security inmates close to being released, connecting them with paid employment, education or work experience.

It has been running educational and vocational training to help prisoners find employment once they rejoin the community, working with government bodies and external service providers.

With the courses recognised as industry standard, more and more companies have been partnering with the department to give information sessions or in-house training amid skills and labour shortages.

“In the past 17 months we’ve had 726 prisoners enrolled across 38 scopes of traineeships and apprenticeships.

“If we know employers are looking for particular skills, we can train prisoners quickly.

University of Western Australia economics professor Alison Preston said the labour shortage affecting all sectors of employment was not likely to get better.

“This is not going to change anytime soon at all, which is why initiatives like the prisoner employment program sounds like it’s the perfect time to be thinking about doing stuff like this,” Professor Preston said.

“It’s obviously something that we want for people who are coming out of the prison system to not reoffend and be able to move forward and fulfil their lives the best that they can.

“Employment is an important part of doing this.”

Professor Preston said there had been a tendency in Australia, and particularly WA, to turn on the “migrant tap” when labour shortage issues emerged.

“When we’ve got shortages in labour in the resources sector, we turn on the immigration tap and we bring labour in and when we don’t need them, we let them all go,” she said.

“There’s no longer-term planning, we saw this just recently.

“It wasn’t that long ago when the resources sector was letting a lot of people go – lots of engineers, qualified people and now they’re sort of scrambling for them again.”

Macforce director Anthony MacShane said the company started partnering with the Department of Justice about four years ago.

Mr MacShane said part of speaking to companies was to show how skills training in prison was a snapshot of reality.

“When I first started … every client I talk to, I told them about how it works and breaking down the stigma of employing someone who’s been through any form of challenges around the justice system,” he said.

“Prior to our current industry climate, it was a challenge (but) more and more companies are open to thinking outside the box.

“We’re getting really highly skilled people out of prison and we’re getting people who just are really keen to make a go of it.

“As long as we give them the training, and some good mental coaching on site, they blossom into the type of workers most people want.”

The company has also supported the Bindjarep program for many years, a joint venture between the department and Carey Training to help Aboriginal men from the Bindjarep region who are in the criminal justice system.

Mining refinery Alcoa and earthmoving contractor Piacentini and Son have offered prisoners at Karnet Prison Farm traineeships, which run six to eight weeks at a mine.

Macforce is primarily involved in mining, construction and civil industries but Mr MacShane said the concept of the program was not limited to an industry.

“WA has really been leading in Australia in this space in regard to training programs, so we’ve been blessed to be able to partner with them (Department of Justice),” he said.

“Since then, we’ve spoken to thousands, and we’ve done one on one with hundreds of people.

“We’ve employed close to 130 – everyday we’re giving someone an opportunity who’s left incarceration. “From the very first instance, it came from wanting to give back and give people a second chance, that’s definitely what it boils down to.”

According to Ms McGregor, Macforce had placed 75 former prisoners with client companies around WA in the past 17 months.

“As Macforce takes on the perceived risk of employing ex-prisoners, clients are more prepared to have them on site,” she said.

“We refer them to Curtin University for cultural awareness training if they are taking on indigenous employees and to talk to them about how to support ex-offenders.”

Ms McGregor said all 17 prisons in the state were involved in the program.

“The department has had 5,596 prisoners engaged in nationally accredited vocational education training and/or university studies since January 1, 2021, with most students enrolled in five or six units,” she said.

“Almost every prisoner in WA will be released at some point and return to the community.

A 2014 report by the WA Department of Corrective Services showed recidivism rates in the state had dropped significantly.

The number of offenders who left prison and returned to Corrective Services in 2013-14 was a 15.9 per cent reduction compared with statistics from 2009-10.

In the report’s foreword penned by then-Corrective Services Commissioner James McMahon, he said he hoped the department could reduce reoffending rates by 6 per cent per year.

The Department of Corrective Services confirmed the 2014 report held the latest version of this data, but updated statistics would soon be launched via an interactive dashboard.