Premier Mark McGowan is standing firm on his decision to keep the state’s border closed to Queensland, despite the state not recording any new cases. 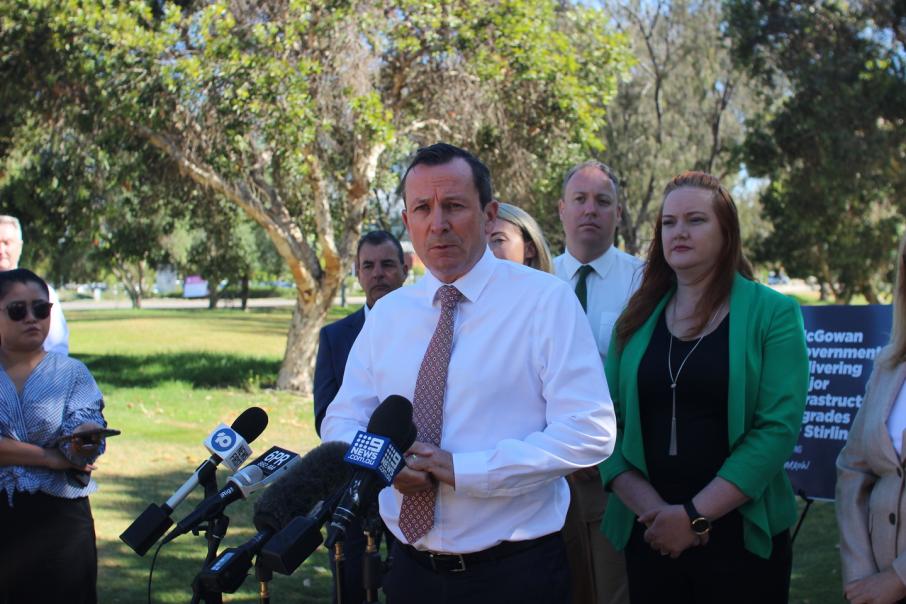 Premier Mark McGowan said the state was unlikely to act on its hard border with Queensland until it could be certain the state had eliminated the virus. Image: Jesinta Burton.

Premier Mark McGowan is standing firm on his decision to keep the state’s border closed to Queensland, despite no new cases of COVID being detected since the Brisbane went into lockdown on Friday night.

On Friday morning, the state government announced it would reinstate the hard border with Queensland after the UK strain of the virus was detected - which is reportedly up to 70 per cent more contagious.

But no new cases have been recorded since the Queensland government implemented a three-day lockdown of the Greater Brisbane area at 6pm local time on Friday.

For the next 10 days the Queensland government is expected to take extra precautions, implementing mandatory mask wearing, social distancing and restrictions on the number of people attending events when the lockdown ends later this evening.

While Mr McGowan said he was pleased with the Queensland government’s handling of the outbreak, he indicated that the state government was unlikely to take any further action until it was certain that it had eliminated the virus.

“The Queensland approach and the Victorian approach is the right approach - we need to eliminate the virus from Australia,” he said.

“I wouldn’t expect that we would take any action until Queensland is sure that it doesn’t have any spread of the virus, but it will depend on the health advice.

“This is the British strain and it’s highly contagious, it’s causing mass deaths across Britain and the commonwealth government has halved the intake of overseas travellers because of the danger posed.

“We just have a very cautious, very precautionary approach because we know that if the virus gets into the community it can kill people.”

As has been the case for other states and territories, Mr McGowan said that the state would likely need to record 28 consecutive days without a case of community transmission before the government would consider changes to the border arrangement.

Mr McGowan also urged the New South Wales government to reconsider its approach by looking to other states and territories that were working to eliminate the virus, rather than manage it.

“I think that the states and territories that want to eliminate the virus have the right approach,” he said.

“The idea that it is somehow better to have the virus and somehow manage… I don’t think that is the correct approach.”