SPECIAL REPORT: As WA households benefit from increased competition in gas retailing, the electricity sector wants to be able to compete with Synergy in providing to small customers, with some industry members calling for a reduction in the contestability threshold to 20 megawatt hours. 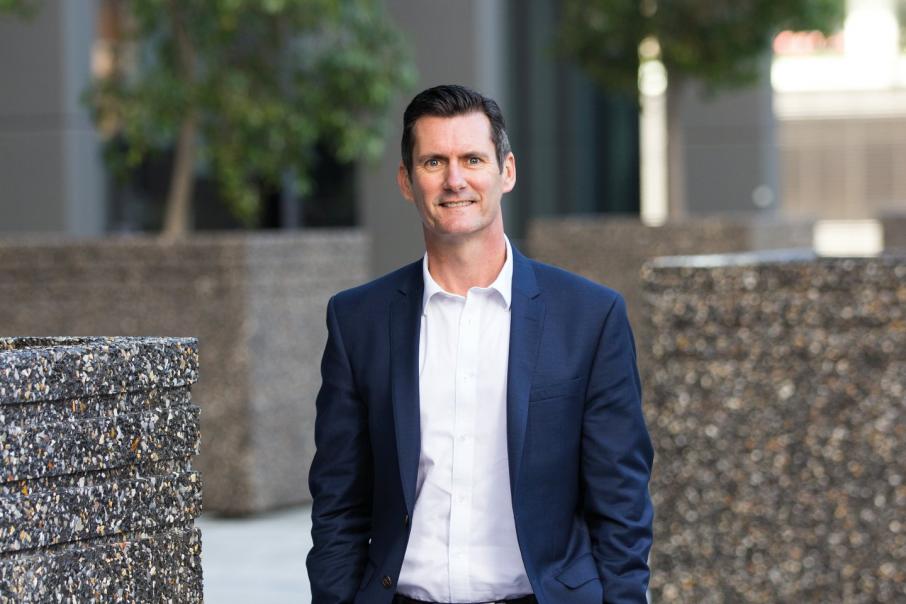 A state government proposal under which electricity retailers could sell to households and small businesses would lower prices and encourage innovation, according to industry players spoken to by Business News.

The state government signalled in May that it favoured a move to greater retail contestability, although it is yet to firm up a timeline or confirm its position.

To further complicate such a move, changes to the way state-owned generator and retailer Synergy operates may be required and its market power reduced.

Perth Energy managing director Andrew Rowe said the recent inflow of competition into the state’s gas market was a good demonstration of what would happen if the state government lowered the retail contestability threshold.

That threshold determines which customers are legally able to buy power from private providers.

Under the existing regime, any consumer using more than 50 megawatt hours per year, about that used by an independent supermarket, can have their pick of energy retailers.

Residential consumers fall below this threshold, however, and must buy their power from state-owned monopoly Synergy. This arrangement is in stark contrast to the gas market, which is fully open to retailers.

For example, while Perth Energy might be the fourth largest power retailer by contestable users in the state, according to BNiQ Search Engine data (see page chart), it remains limited in its customer base. 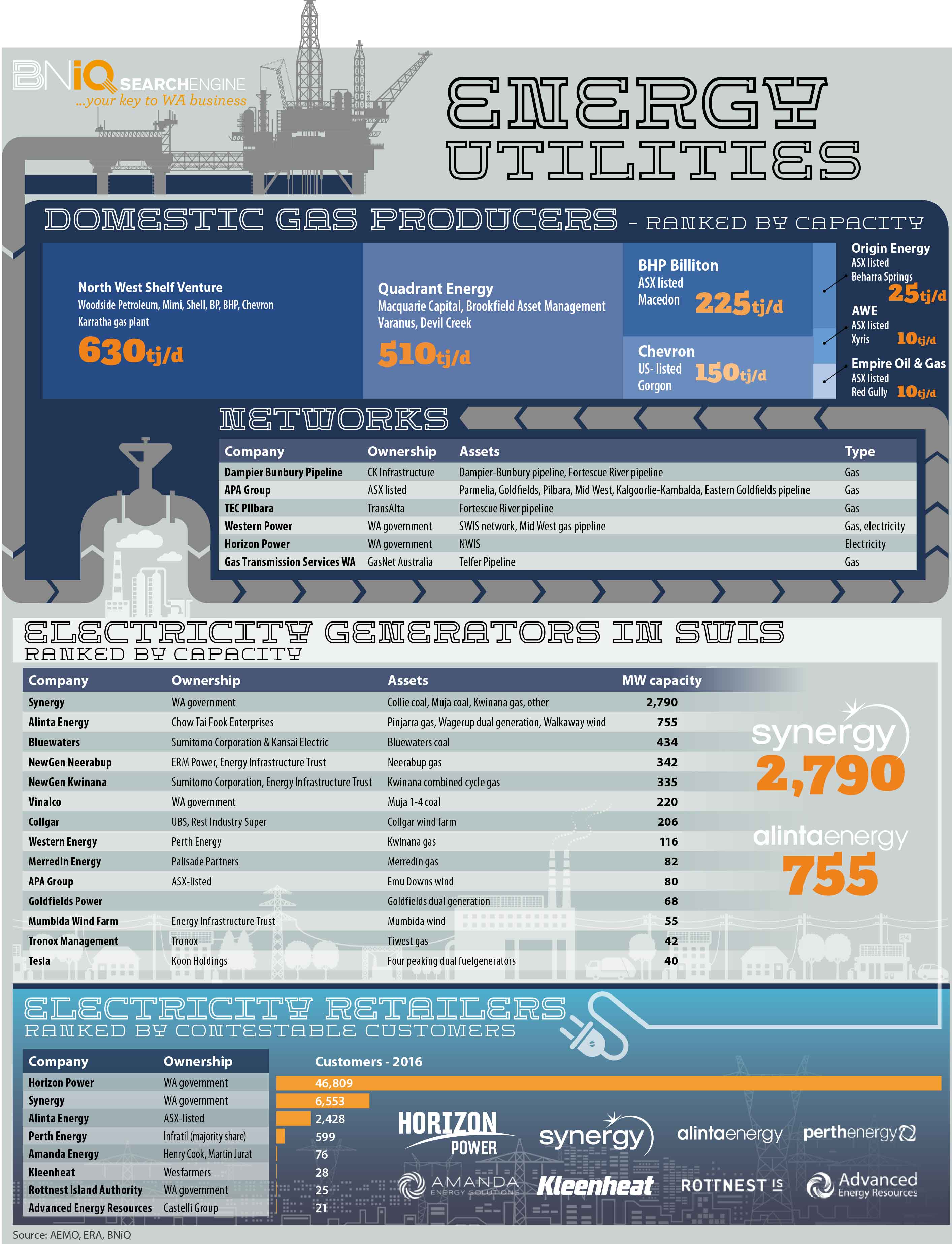 “You can see what’s happening in the gas market at the moment,” Mr Rowe told Business News.

“And there’s a range of retailers entering the fray.

“The choice is there for customers, and 25-26 per cent discounts on tariffs are the norm.

“What a wonderful world that is.”

In the electricity sector, Mr Rowe said, competition had gone backwards since the remerger of Synergy and state-owned generator Verve in 2014.

“In electricity, we’ve got a contestable market, but it’s pretty thin,” he said

“We’ve got effectively a single supplier of wholesale (power). There’s not a big customer base and there’s a single choice of supply.”

Mr Rowe advocated a move to reduce the contestability threshold to 20MWh per year, which would double the size of the market from about 20,000 customers.

“We know that when we open up the market, retailers can generally beat the (standard price) by 10 or 20 per cent,” Mr Rowe said.

“This is something we’re saying to the government at the moment; you’ve just put all your tariffs up by 10 per cent, but if you opened the market up, small businesses would probably be no worse off.”

The current system was creating a distortion, he said, with users just below the threshold incentivised to increase their usage in order to qualify for the contestable market.

While the state government has indicated its support for greater retail contestability, Treasurer Ben Wyatt told Business News it had not finalised its position.

“Successive governments have set the goal of introducing full retail contestability to the South West Interconnected System, with a view to encourage innovation and retailer choice for Western Australian consumers,” Mr Wyatt said.

“At this stage however no decisions have been made with respect to the introduction of full retail contestability.”

The previous government had been hoping to achieve full contestability by mid-2019.

He said the Barnett government had funded a reform team to progress issues such as retail contestability and regulatory changes, but the group had lost funding after the election.

Mr Gould said the ideal outcome from full contestability would be consumers being supplied at an optimum price with no subsidy.

The state government subsidises Synergy so it can supply electricity below market price, so vulnerable consumers don’t face high costs.

However, it is expensive for the state, with 2017 budget projections suggesting the subsidy will be about $1 billion across four years.

It also makes the move to full contestability more complicated.

Mannkal Economic Education Foundation executive director Andrew Pickford told Business News full contestability was best done after the subsidy was removed, with prices cost reflective, while Synergy would need to be broken up into smaller entities.

“The issue with electricity reform in WA is that it has been done in a way which has created a range of subsidies, market distortions and a gap between what consumers pay for electricity and the cost of production,” Mr Pickford said.

“Taxpayers end up footing this bill.

“A shift to cost-reflective pricing can be done relatively quickly, but mechanisms to protect the most vulnerable would be needed.

“Competition will naturally result in a more dynamic marketplace.

“If subsidies continue under full retail contestability, it may create further distortions.”

The state government has made an early move in this direction, raising power prices by about 11 per cent in July in a bid to reduce the subsidy.

Chamber of Commerce and Industry of Western Australia chief economist Rick Newnham said that would be a step towards putting downward pressure on prices in the longer term, while more work needed to be done.

“To ensure the sustainability of our electricity system, the government must continue to progress towards cost-reflective tariffs for electricity pricing and then move to full retail contestability in the electricity market,” he said.

Independent Power Association chairman Richard Harris called for a quick move towards a 20MWh contestability threshold, which he said would be a relatively easy reform.

Mr Harris said savings for businesses after the change would be around 20 per cent of existing electricity costs.

In some cases, the cost reduction might be as much as 40 per cent, he said.

Another industry source told Business News one major drawback of an immediate move to lower the contestability threshold to 20MWh would be that Synergy might lose its most lucrative customers.

That possible outcome may temper the government’s enthusuasm for reform, due to the the hit on its budgetary position.

Further complications for the state government are raised in a report by the Grattan Institute, released in March, which found that margins for retailers in Victoria could be as much as 40 per cent.

In the aftermath, a Victorian parliamentary review this month recommended a slight re-regulation of the industry, with proposals including compulsory no-frills accounts to be sold at a low, regulated price.

Mr Gaston said one example would be to pay residential customers to use their solar panels and batteries when they were not home, so power was moved to other customers.

Retailers could potentially even finance installation, he said.

Utilities bundling services was another option, selling gas, electricity and internet as one package, which has become a trend overseas.

Customer-service technology has been a focal point for Sydney-based energy player AGL after its entry to the WA residential gas market in July.

One example is the introduction of self-service meter reads, managed through a mobile application, so users no longer have to worry about bills based on estimates.

The company has signed up more than 1,000 customers in WA so far, an AGL spokesperson told Business News.

AGL is one of two new entrants to the gas market, with Sydney-based Origin Energy the other.

Both have joined long-time provider Alinta Energy and 2013 entrant Kleenheat, a subsidiary of Wesfarmers.

The new entries come at a time of structural change, both in electricity and gas.

For example Alinta has new ownership, with the company acquired by Hong Kong-based Chow Tai Fook Enterprises for $4 billion in March.

That move was followed in April with the purchase of Dampier Bunbury Pipeline owner Duet Group by a Chinese consortium led by Cheung Kong Infrastructure for $7.5 billion.

Following the move, Stuart Johnston exited the role of chief executive, and he was replaced by Ben Wilson, who is also chief executive at Australian Gas Networks.

Perth Energy was one of those affected, with Mr Rowe saying the business had been through a restructure to reduce costs, and additionally focused on ensuring its major generating asset would be operating for as much time as possible.

A major part of the problem, according to Amanda Energy director Martin Jurat, lies in Synergy’s control over the market.

“What happening is absolutely unbelievably absurd, Synergy has 50 per cent of the generation on the system,” Mr Jurat said.

“Synergy has contracts with private providers for an extra 30 per cent.

“We’re meant to compete against that in a private market.”

Most of Synergy’s generation capacity is sold by the company, but Mr Jurat said generating and retailing energy were as different as writing newspaper articles and selling ice creams.

The retailers role, he said, was effectively to underwrite the generators and the distribution provider.

However, that provided boutique provider Amanda Energy with an opportunity, he said, because it would work with its clients to build tailored solutions analysing time of use, voltage optimisation and incorporating solar and battery storage options.

Mr Jurat said another issue was the lack of transparency in terms of Synergy’s pricing for sales, where retailers pick up power day to day as needed.

Under the market rules, private providers bid costs for their facilities to the Australian Energy Market Operator individually, while Synergy submits a cost for its entire portfolio.

“There’s been a huge debate (around) price transfer over the years.

“One generator could be running at a loss and another one operating at a profit, and the books show that to a certain extent, but not like they should.”

“By moving from portfolio bidding to facility bidding, which involves the installation of generator quality meters and updating trading and IT systems, greater competition could also be introduced,” Mr Newnham said.

The debate has drawn in the Economic Regulation Authority, which earlier this month announced an investigation into Synergy’s pricing behaviour, saying the company’s bids may have exceeded its short-run marginal cost of generation.

More than one industry member who spoke to Business News said it was likely that, contrary to popular opinion, Synergy’s subsidies effectively flowed to contestable customers, not residential users.

One player said Synergy’s pricing for contracts in the contestable space would be close to breakeven, suggesting it was that part of the company’s operation being subsidised.

Another said the problem was that rules for defining the short-run marginal cost itself were dysfunctional.

Synergy batted away the criticisms, however, with a spokesman saying the subsidy flowed to residential small-use customers, and the provider had no problem moving to facility bidding.

“(Synergy has) no opposition to moving to facility bidding, however such a transition would cost the business approximately $40 million over a two- to four-year transition period,” he said.

In a response to the ERA enquiry, Synergy denied it had undertaken inappropriate or anomalous market behaviour in its bids into the balancing market. 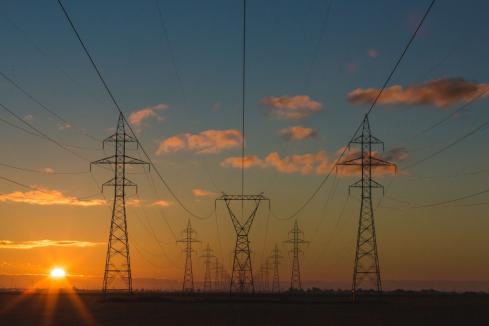