OPINION: We love our kids, but oversharing online can have significant downsides. 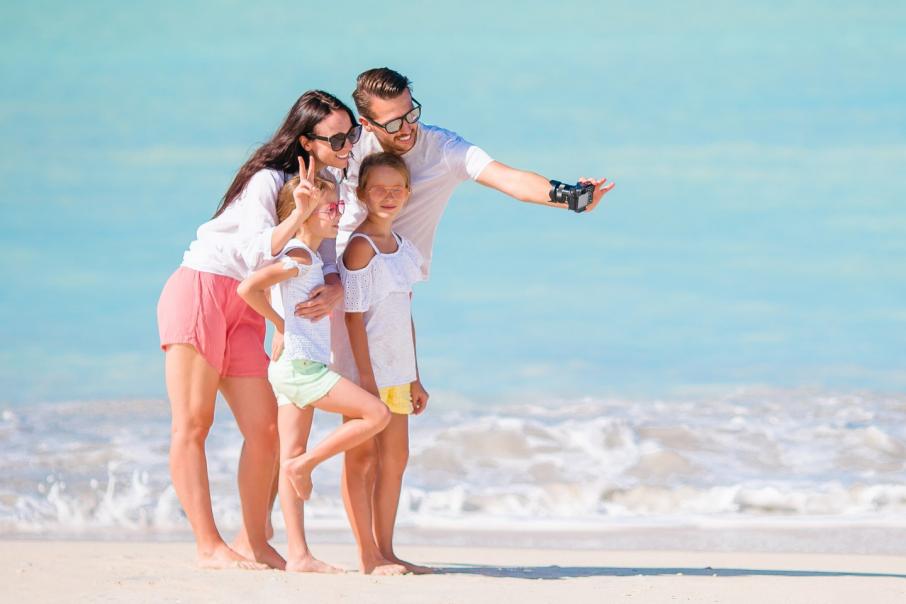 Parents are urged to think twice before posting images of their children online. Photo: Stockphoto

OPINION: We love our kids, but oversharing online can have significant downsides.

Parents regularly ask school leaders for advice on a range of matters, from managing a child’s behaviour at home to supporting learning outside of school, and of course helping a child settle in to a new school.

Parents’ search for advice is now also focused on children’s engagement with technology, topped by issues such as appropriate screen time, privacy, cyberbullying, grooming and exploitation.

Disturbingly, this has sparked some in the education community to express more concern about parents’ own online habits, and their potential disregard for children’s rights and best interests.

The concern is around ‘sharenting’, the term used to describe parents sharing their children’s lives online.

The first steps, the first birthday, those first few words, or even the first day at school are important milestones in any child’s life. But is sharing pictures of our children online something we ought to be worried about?

Navigating this digital dilemma is often considered a curse of modern parenthood because of the fact that ‘the internet is forever’.

Most social media platforms have age restrictions in place.

And while younger children will attempt various workarounds to get their own digital presence, it is a parent’s responsibility to monitor the online behaviour of their offspring.

It is therefore ironic that many children, restricted from establishing their own social media accounts for their own protection, are having their images plastered all over the internet without any input and often well before they have uttered their first words.

Experts suggest that, on average, a parent will post almost 1,000 photos of their child online before they turn five.

As innocent as it sounds, there are privacy concerns around children’s images because they can be digitally doctored and fall into the wrong hands.

And the likelihood of cyberbullying is enhanced when parents post what they consider to be cute baby moments of their offspring only to find those images used later in the child’s life as a platform for humiliation, ridicule and abuse from third parties.

A disturbing reality is that most children have unwittingly amassed a digital identity consisting of gigabytes of online images and commentaries.

In fact, as children grow older and discover the full extent of the digital footprint that has been established for and about them, those online images and commentaries can create a source of tension or even conflict between parents and their charges.

Children do not always appreciate their parents’ online status updates about them.

Reports are emerging of children later in life suing their parents over the posting of images on social media platforms.

As a case in point, an 18-year-old Austrian woman took legal action against her parents for posting more than 500 images of her without consent.

She alleged her parents knew no shame or limit, and did not care whether pictures posted were of her sitting on the toilet (as a child) or lying naked in the cot as a baby.

Disturbingly, the case only made it to court because the father refused to remove the offending images from his social media accounts despite his daughter’s repeated requests.

While this might be an extreme example, there are some obvious messages to parents about restraint when it comes to posting certain images.

The question of restraint needs to be amplified around a school setting when it involves other parties, including the school and schoolfriends.

Fortunately, parents are increasingly being urged to ask children – particularly as they get older – for permission to share images online.

Parents are also encouraged to pause before they post and to adopt a future-oriented perspective to posting children’s images online. That involves thinking about whether images posted today are likely to cause embarrassment or even harassment tomorrow.

Consider other channels to communicate good news about your children and their achievements and avoid including pictures of friends’ children or school classmates, for obvious reasons.

Parents are also strongly advised to restrict sharing images of their children beyond immediate relatives and friends.

And parents need to recognise that, in this ever-changing panorama of online privacy, what you believe is restricted or protected today might be fair game in the future.

Just as the teacher’s role in the classroom is to set the right example, parents need to lead the way in demonstrating to their children a positive and respectful online behaviour.

Sharenting should be based on a good dose of respecting children’s privacy, both right now and into the future.

And if you are left thinking that sharenting is fraught with issues, spare a thought for those who are tackling the even more vexatious matter of ‘grandsharenting’, particular when grandparents go rogue on social media.